IAG could as soon as this week place an order for the new Airbus A350 long-range jetliner for its British Airways unit, according to two people familiar with the talks.

If completed, the deal would be a win for Airbus over rival Boeing which is trying to sell IAG on a proposed update of its 777 model, the 777X.

British Airways has a large fleet of 777s. It currently doesn't fly any Airbus long-range jetliners but is due soon to receive its first Airbus A380 superjumbo. 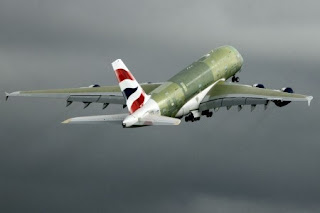 IAG's talks with Airbus focus on the A350-1000 model according to the people familiar with the talks. The order could also include a smaller, longer-range version, the A350-900, one of these people said.


The exact number of planes in the order and its value are still under negotiation, these people said. Some A350 could also replace old A340s from Iberia. Le Bourget - Paris Air Show in June could be the best date to announce the order. 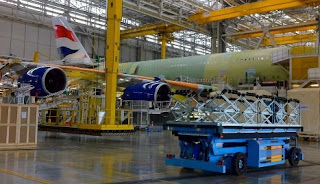 If IAG orders the A350 for British Airways, the carrier could still order 777Xs, said one of the people familiar with the carrier's plans. But another person said that if IAG orders A350s, it wouldn't receive preferential terms on Boeing orders.

Based on the article “IAG in Talks to Order Airbus A350 Jets for British Airways” published in The Wall Street Journal
Posted by Blogjfa at 8:56 PM