As the delivery ceremony got started Qatar Airways Group Chief Executive, His Excellency Mr. Akbar Al Baker, said, “This is a very proud moment for Qatar Airways, we have watched this dynamic aircraft grow to be truly ahead of the curve and I am delighted to welcome the latest generation into our rapidly expanding fleet.” 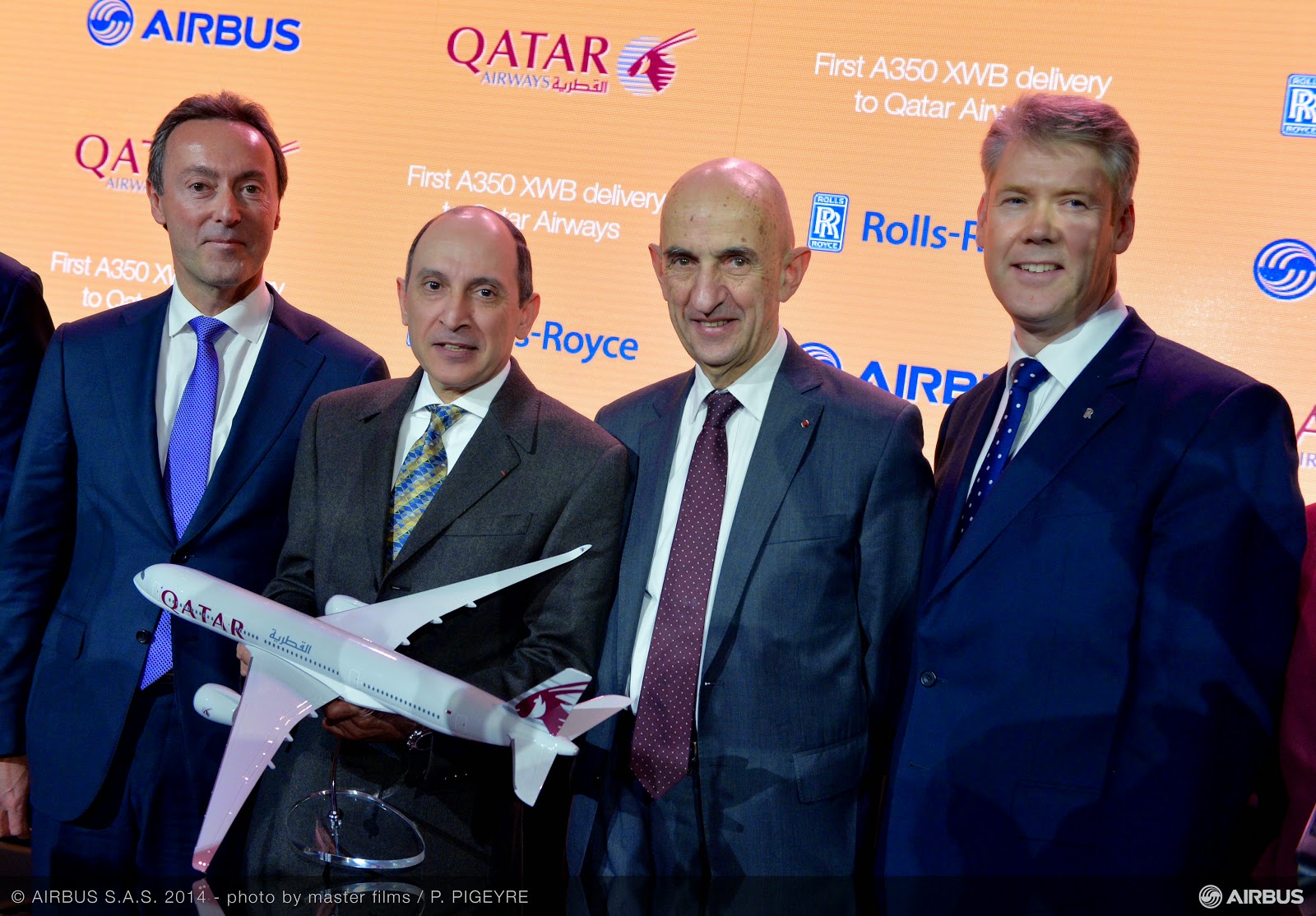 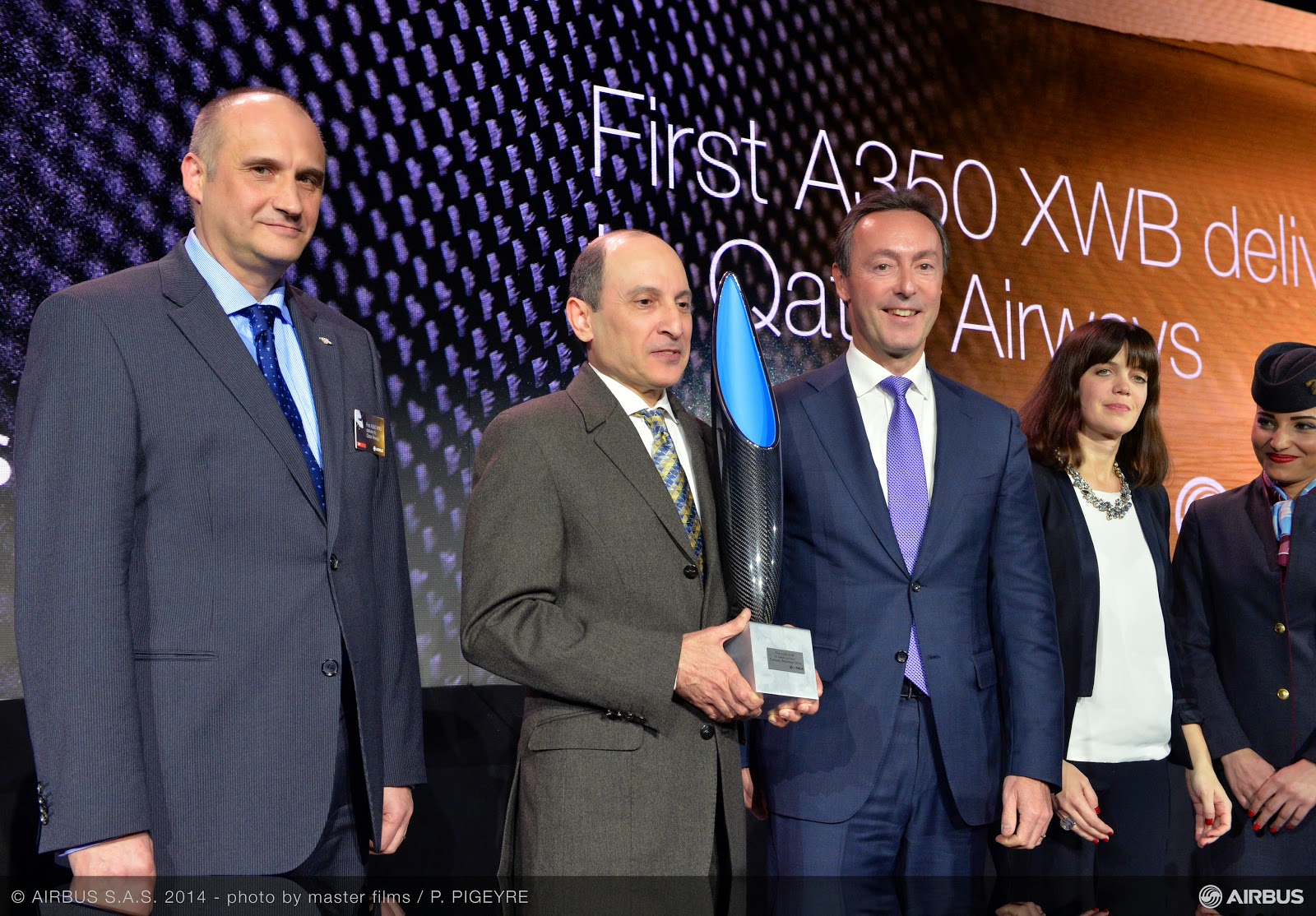 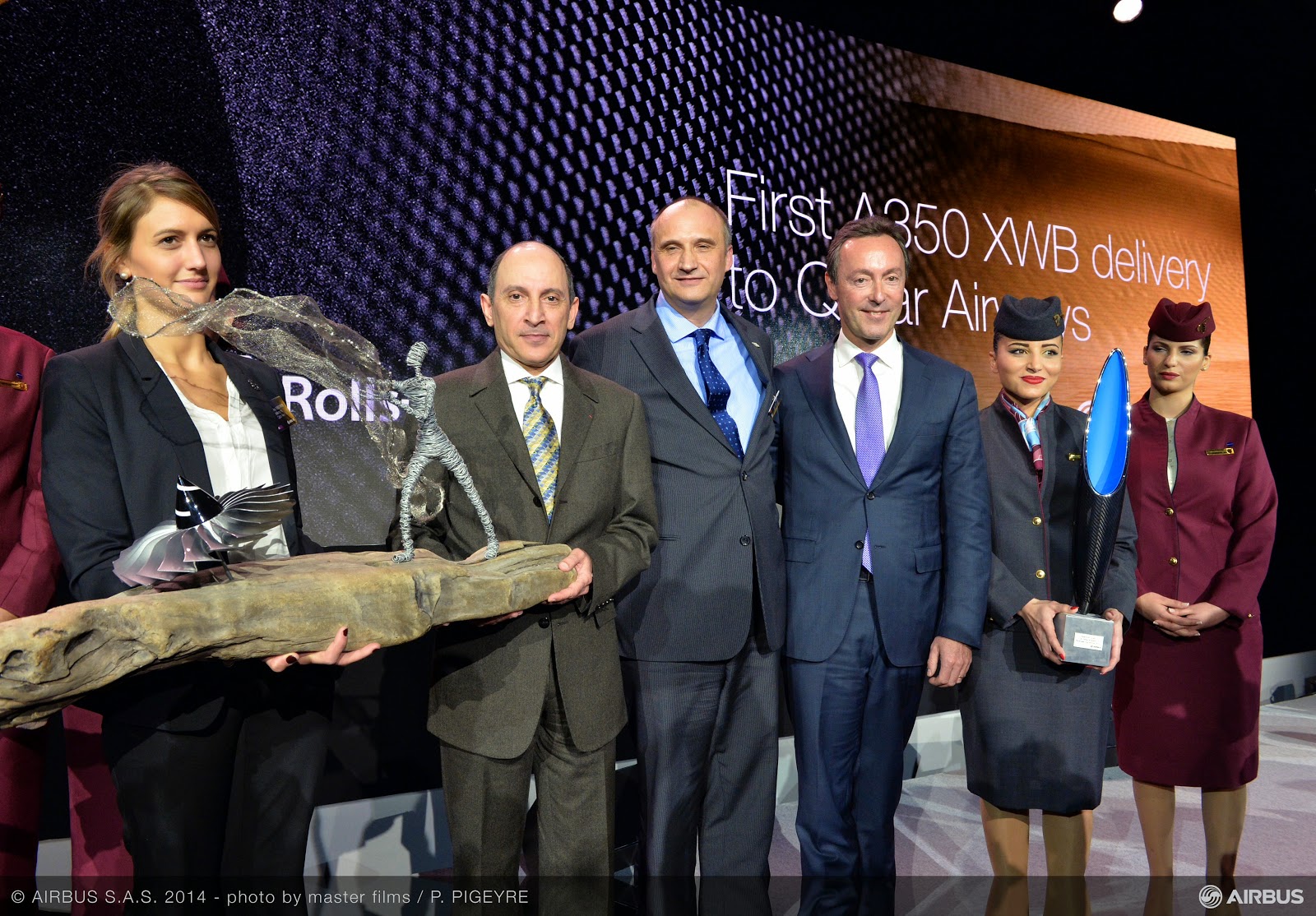 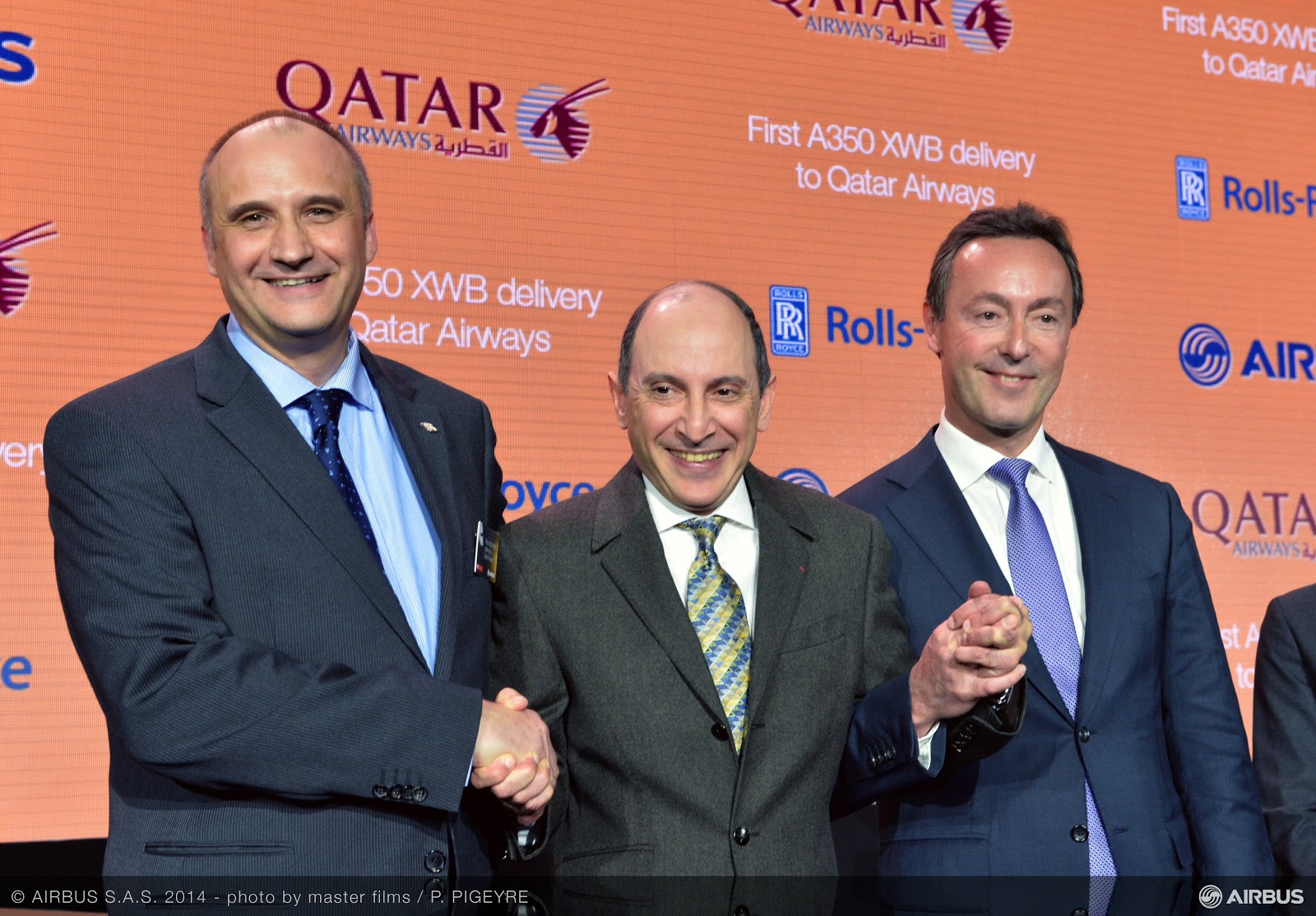 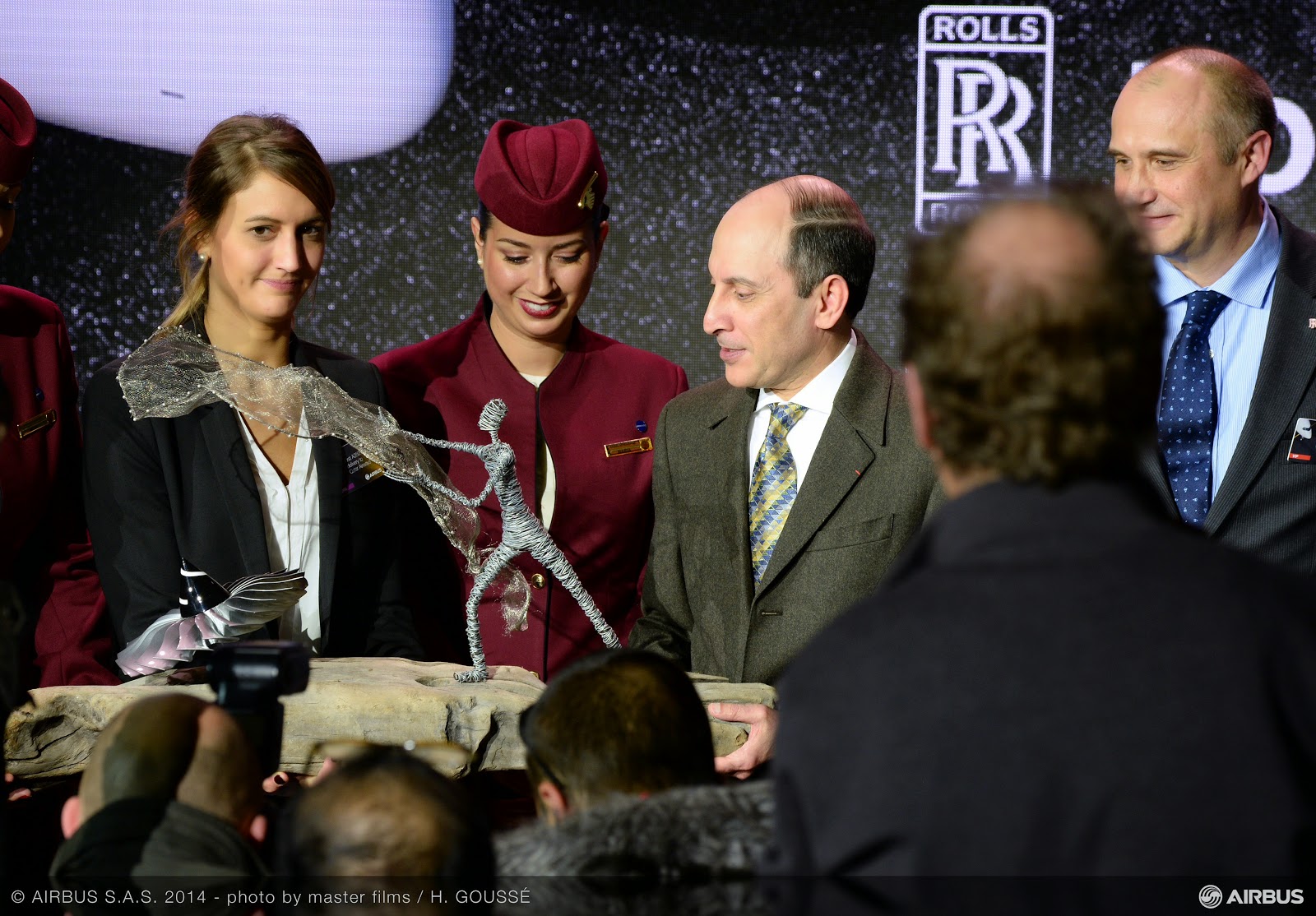 “Qatar Airways will be leading the way in the aviation sector by offering our passengers the opportunity to travel onboard the most modern of airliners in the sky.” 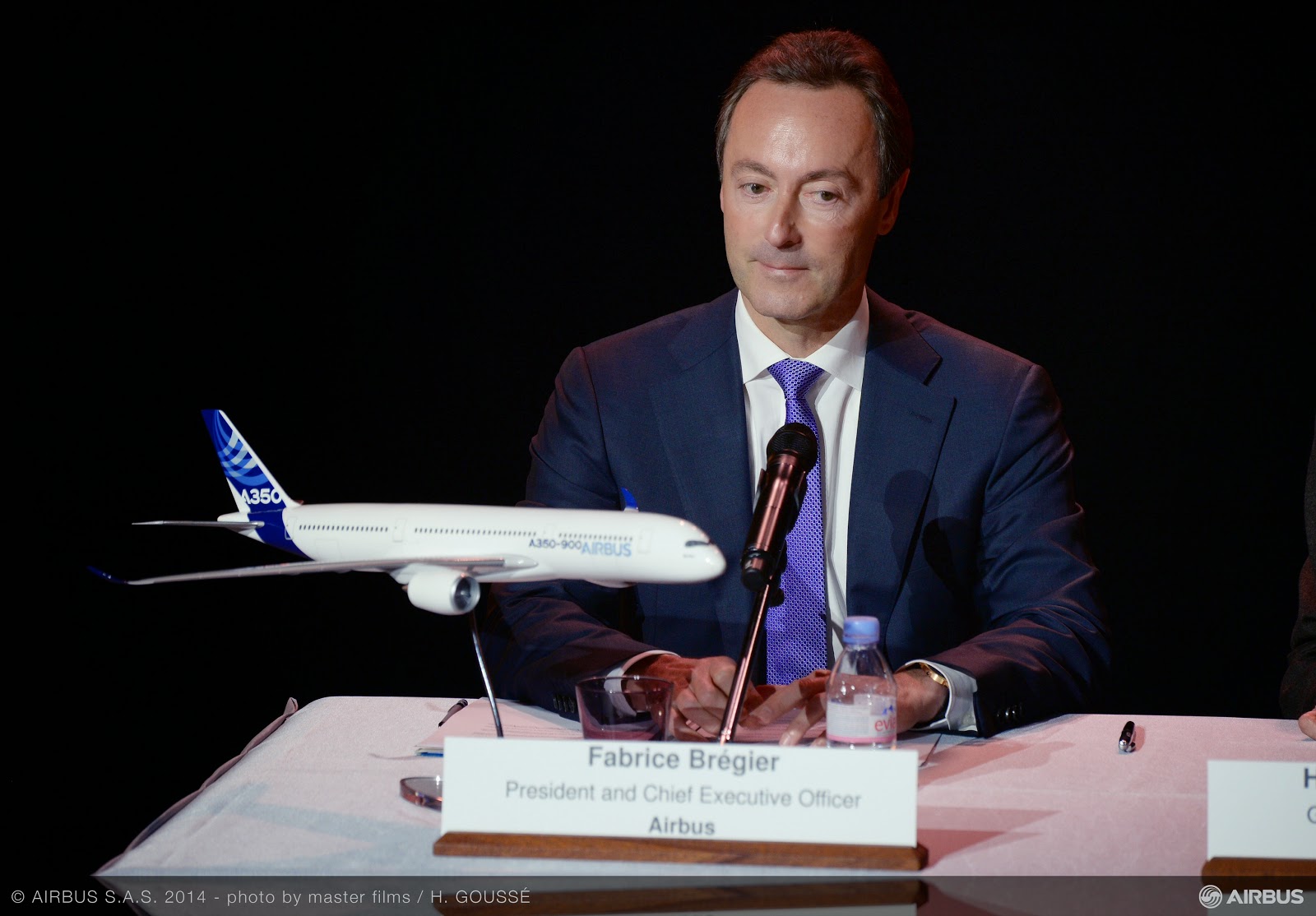 “We wanted to fly the first prototype before Paris airshow 2013 and we did it,” Fabrice Brégier told guests. 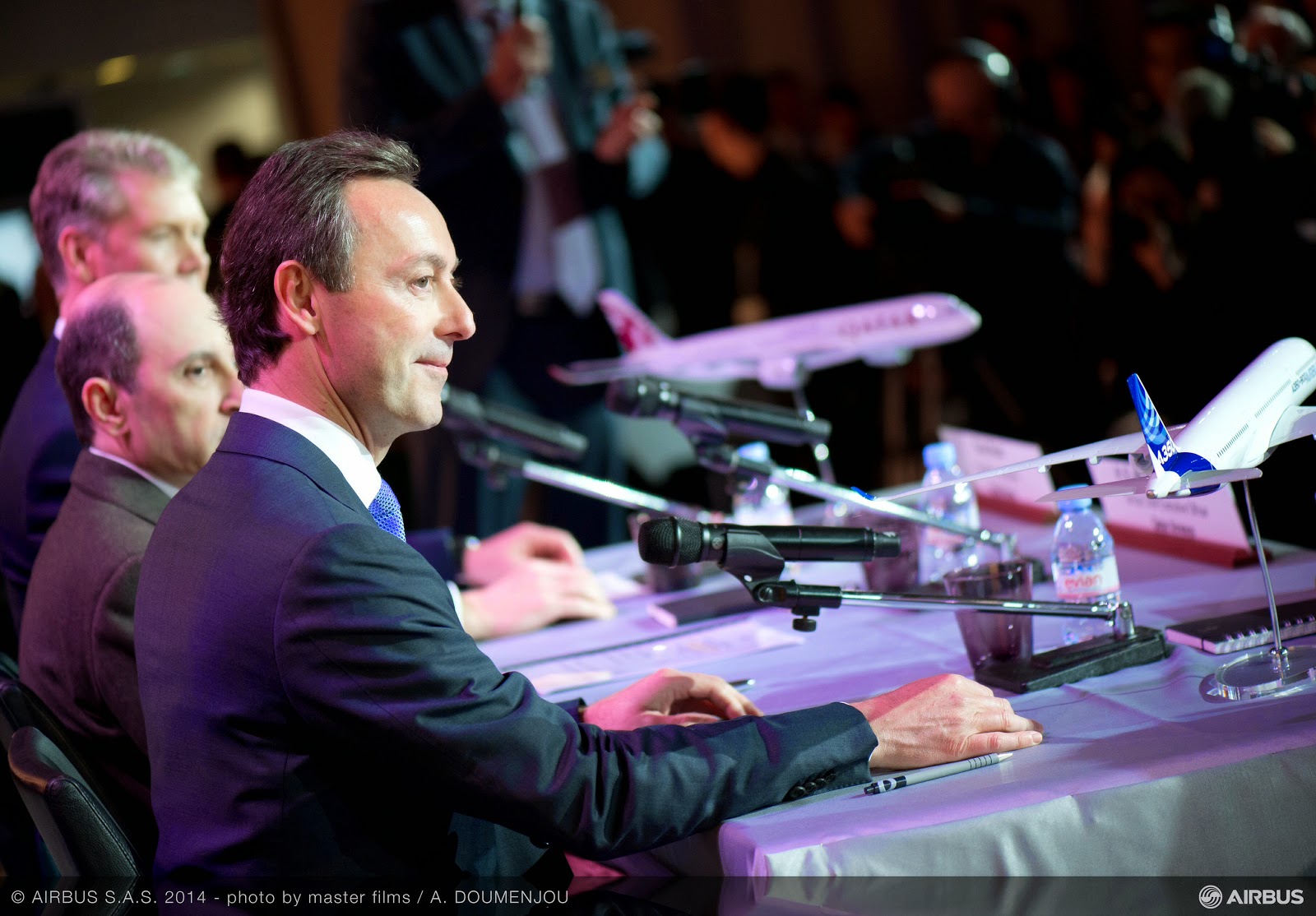 “We wanted to certify this aircraft in the third quarter of 2014, meaning the shortest certification process in aircraft history, and we did it.” 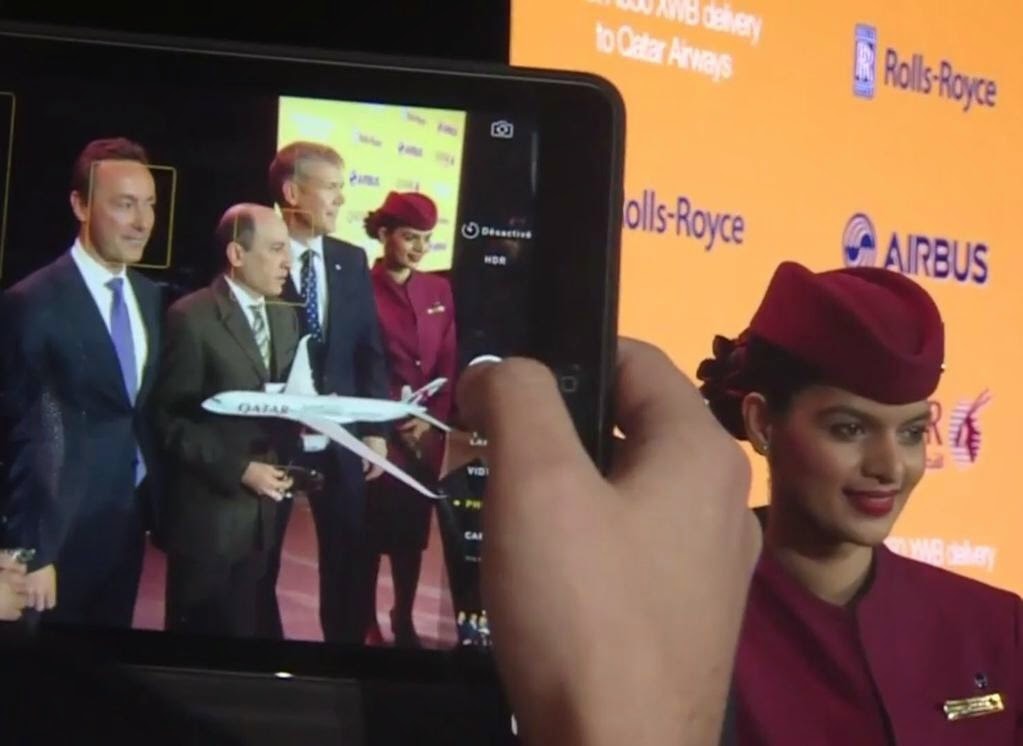 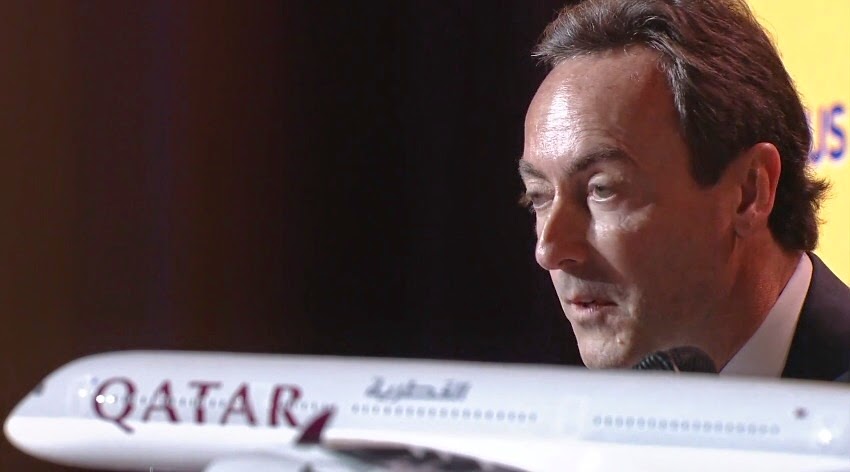 “We wanted to deliver this aircraft a couple of months later and we did it.” 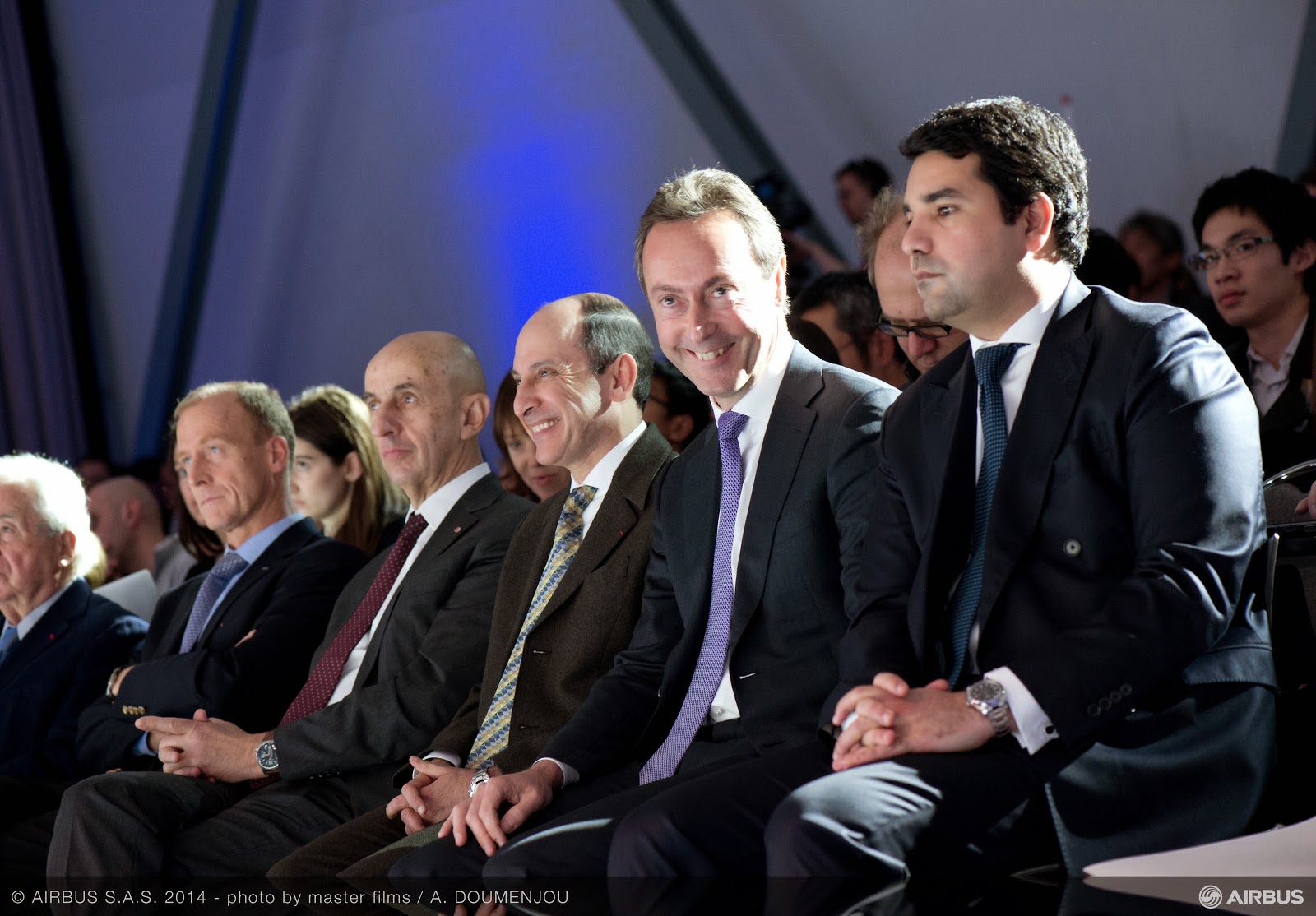 “So I am very proud of the teams led by Didier Evrard and all teams in the functions who supported them. It’s a perfect match, to be handing over the first of an all-new, world class aircraft to a leading world class airline.” 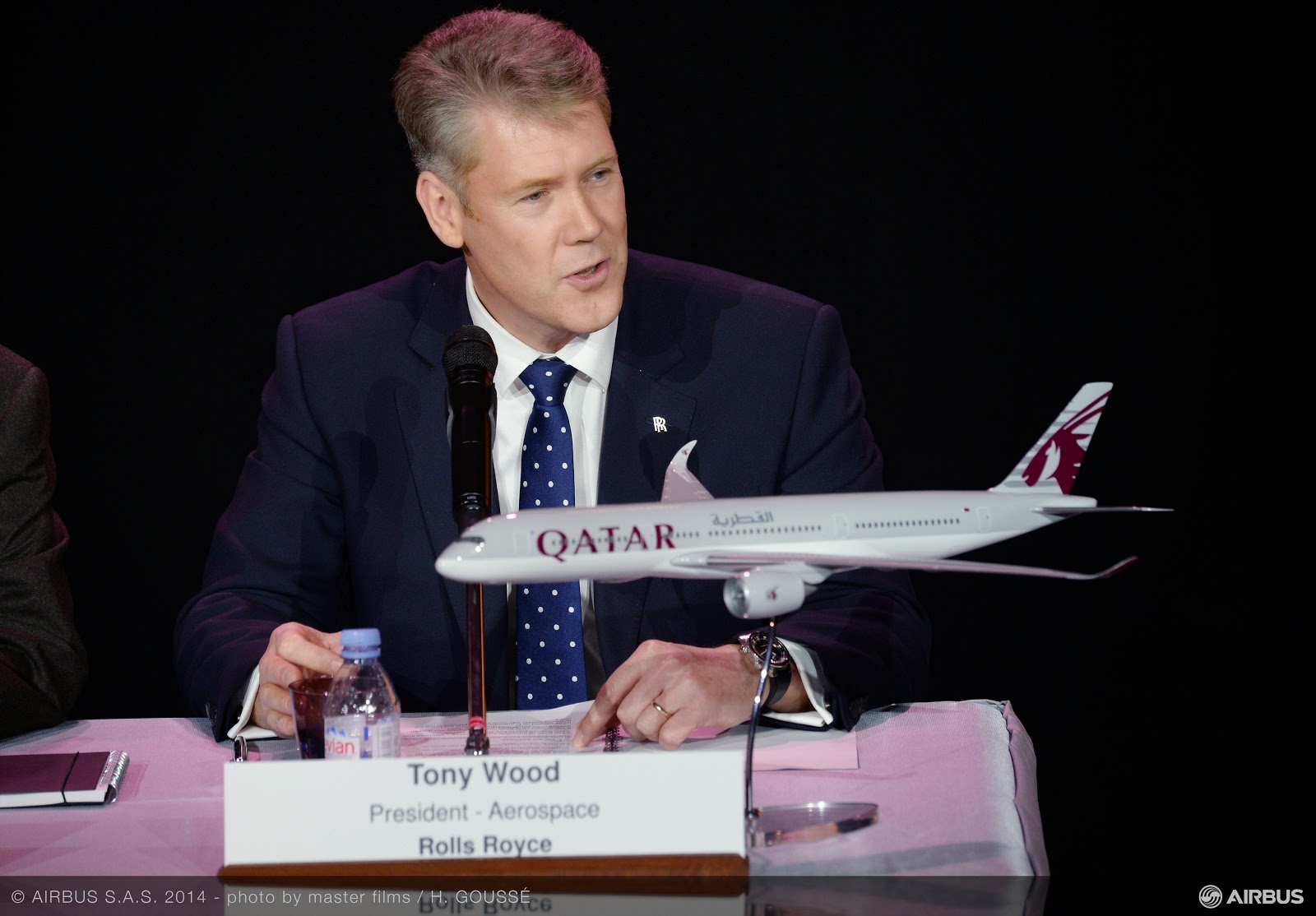 “We are very proud to have worked with Qatar Airways and Airbus on the A350 XWB, using the latest technology to deliver new standards in customer service,” added Eric Schulz, President, Civil Large Engines at Rolls-Royce, the exclusive engine manufacturer. He described the occasion as, “a very important day for everyone at Rolls-Royce.” 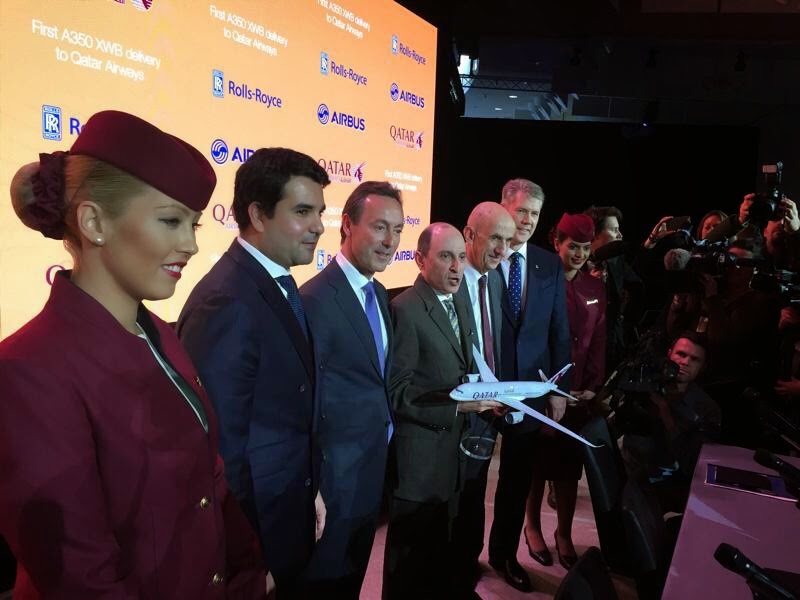 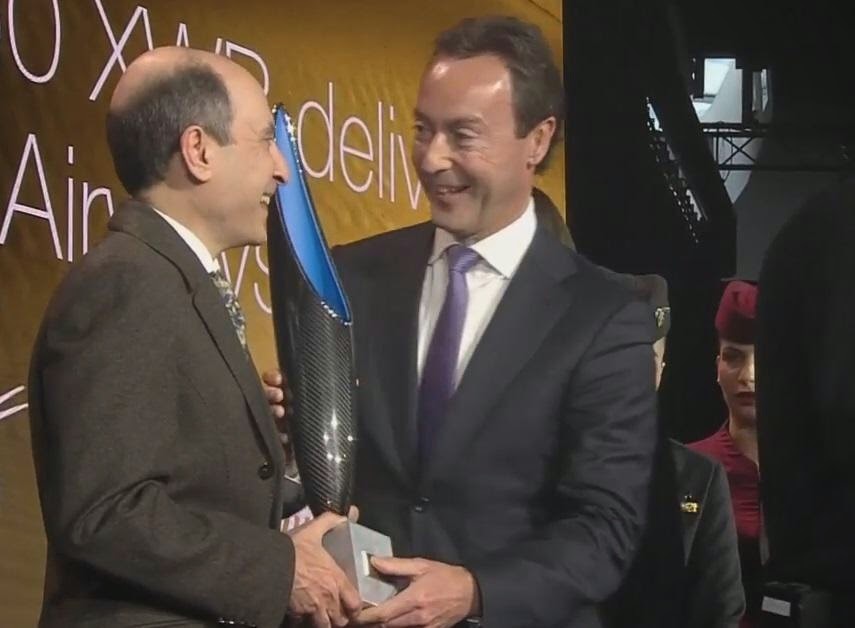 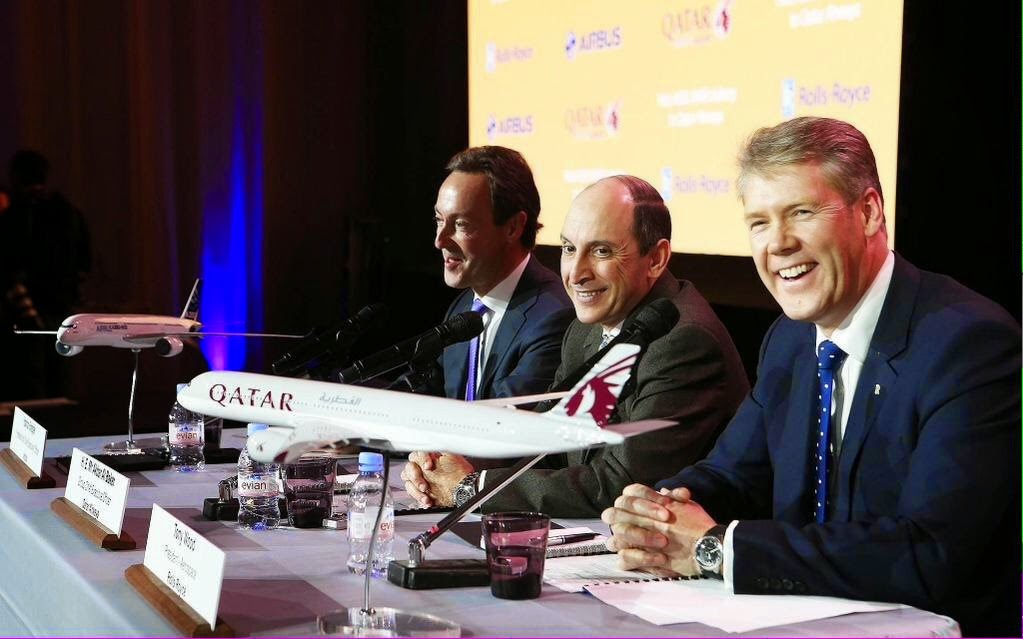 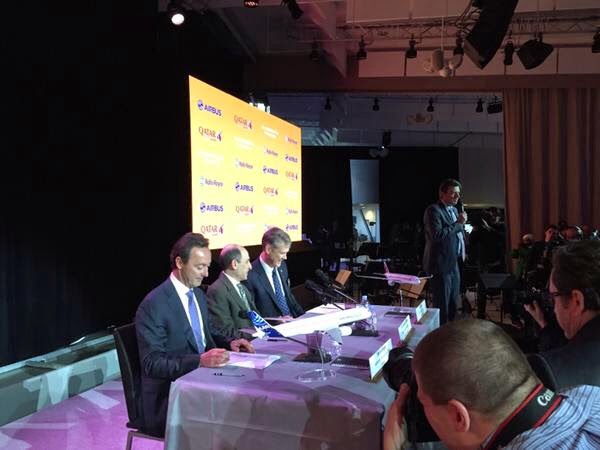 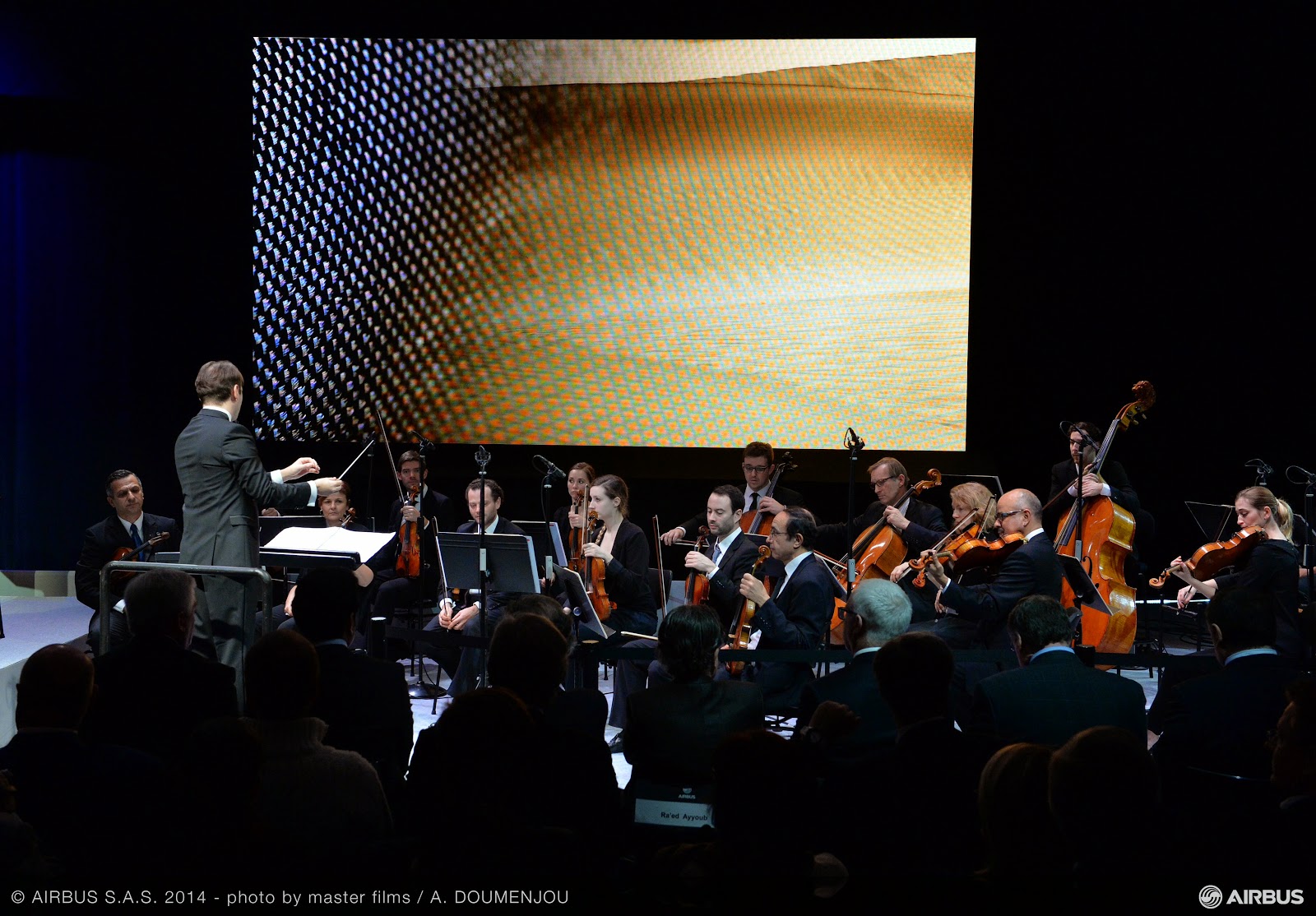 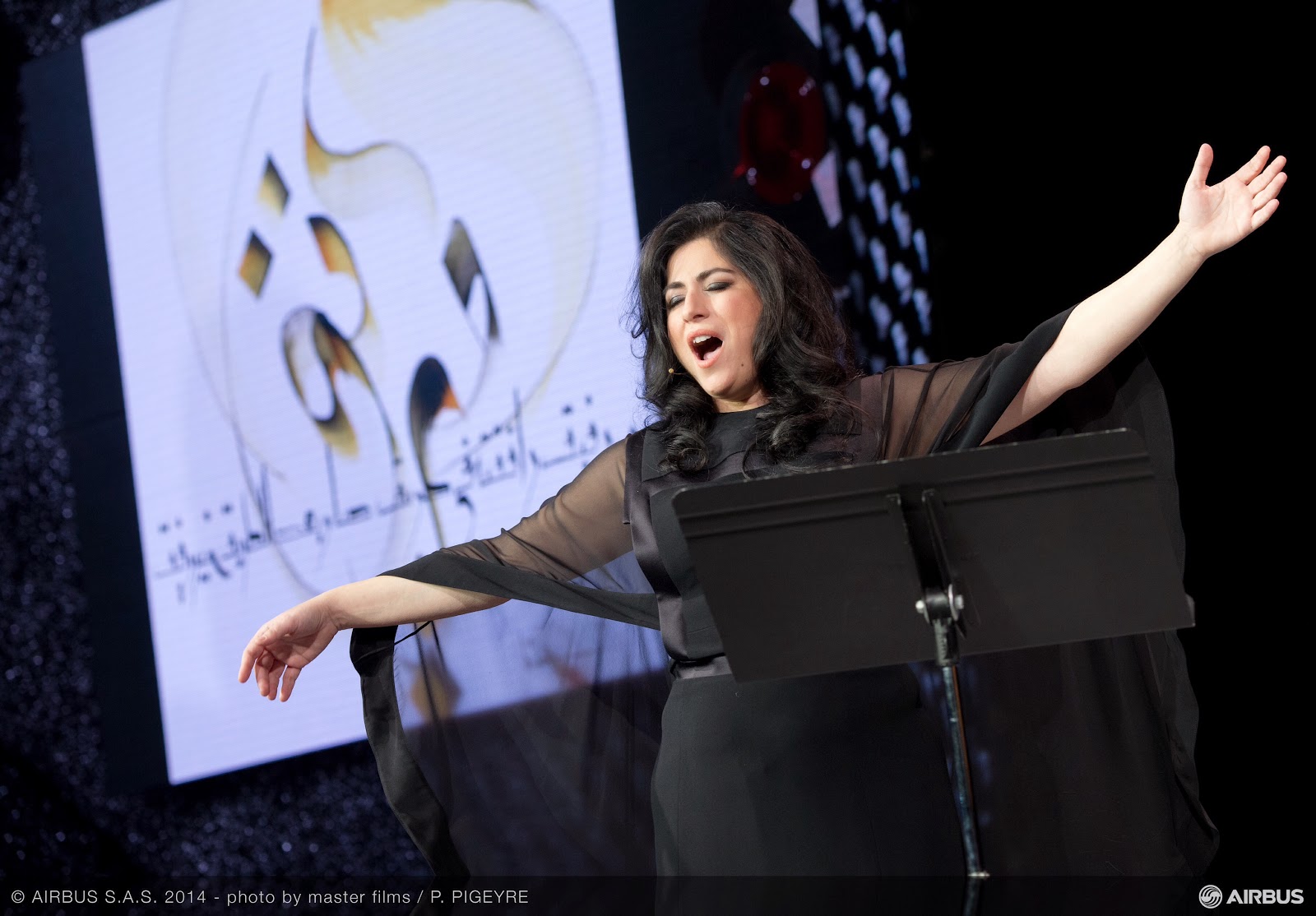 As the speeches ended, the guests were invited to an artistic performance that reflected the close relationship between the Middle-East based launch customer and the manufacturer headquartered in South West France. 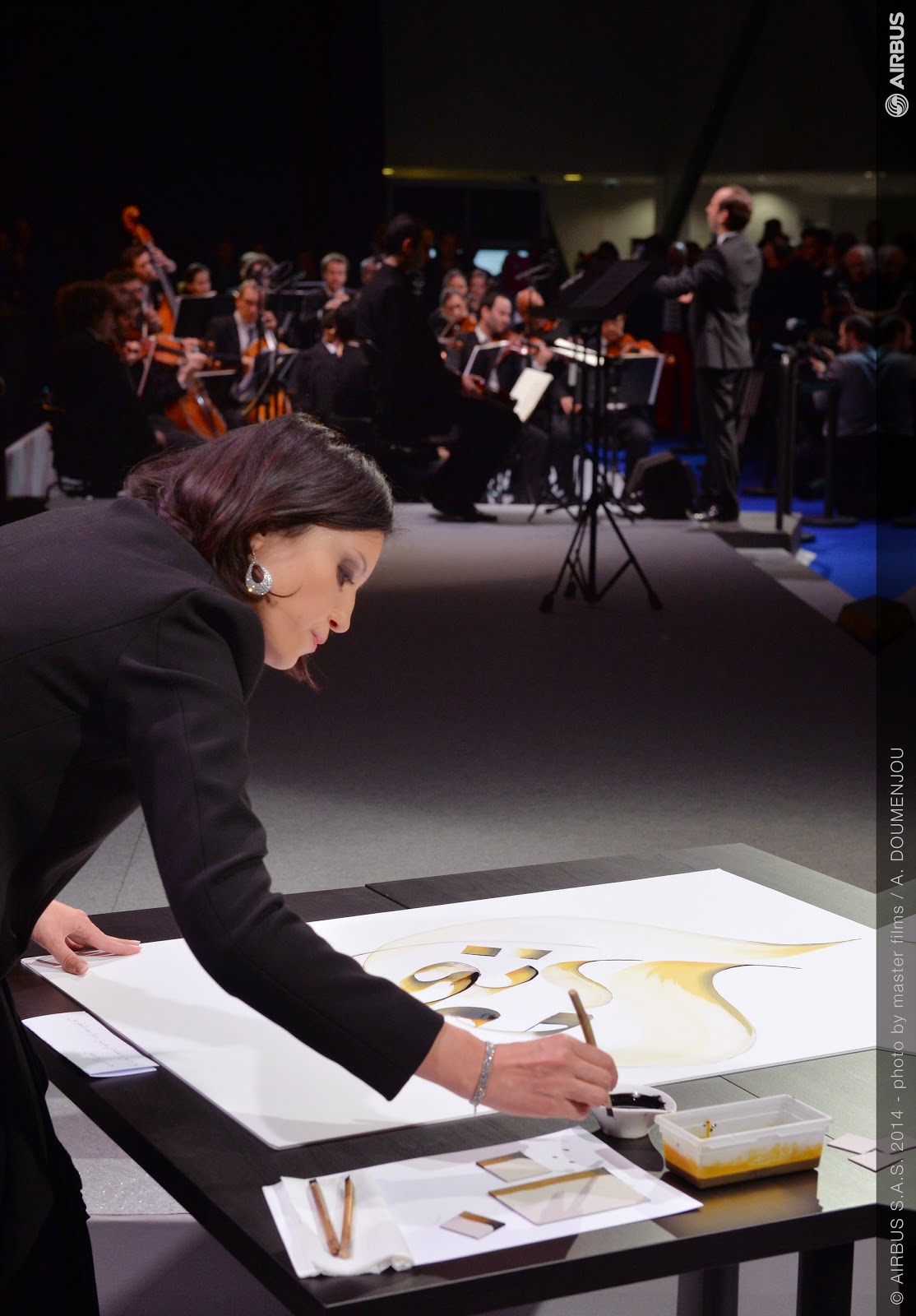 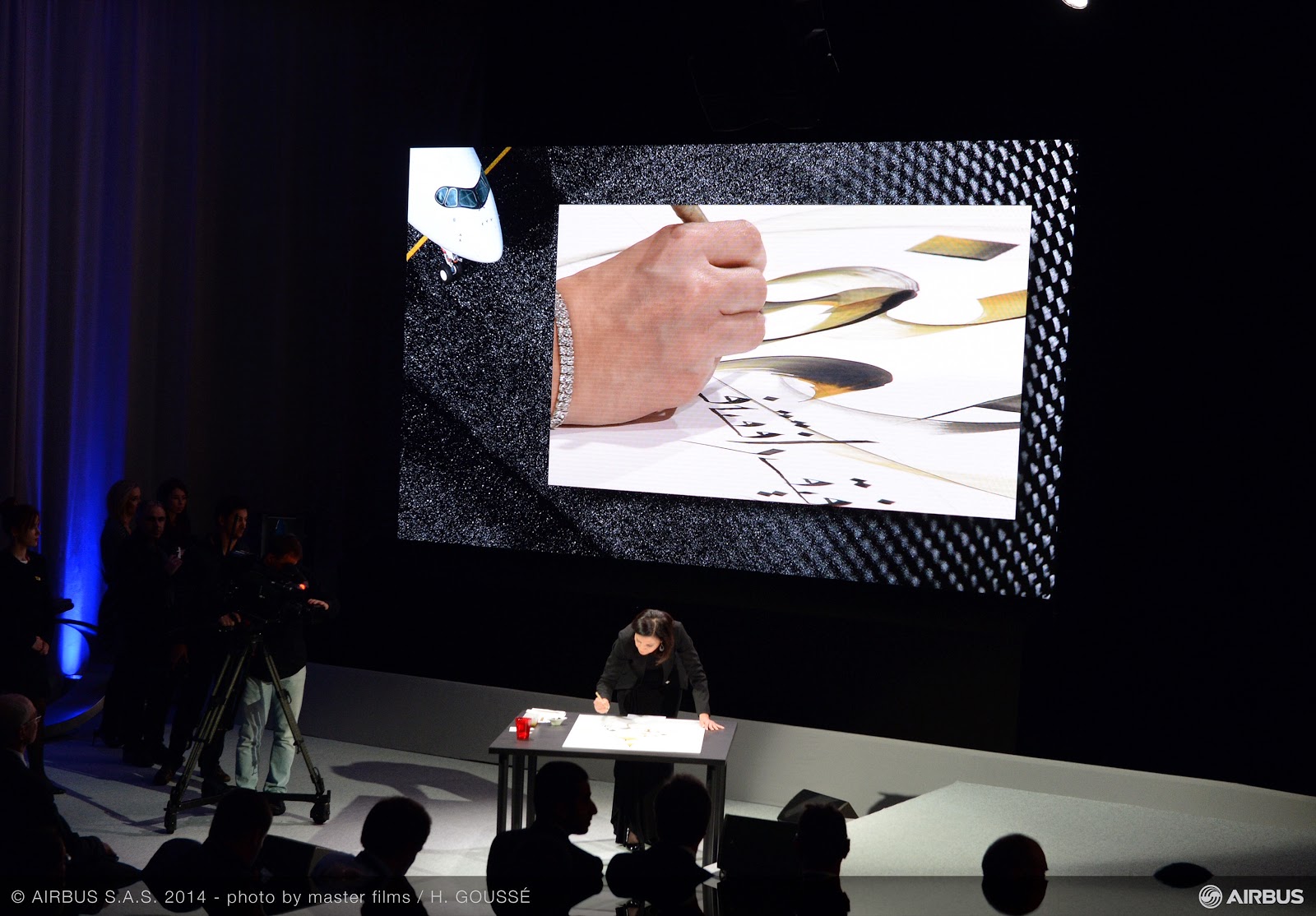 The beautiful soprano voice of Hiba Al Kawas, a pioneer of Arabic opera, floated over music provided by the Orchestre National du Capitole, Toulouse, as calligraphy artist Faouzia Hilmy illustrated a verse of ninth century Arabic poetry on the theme of friendship. 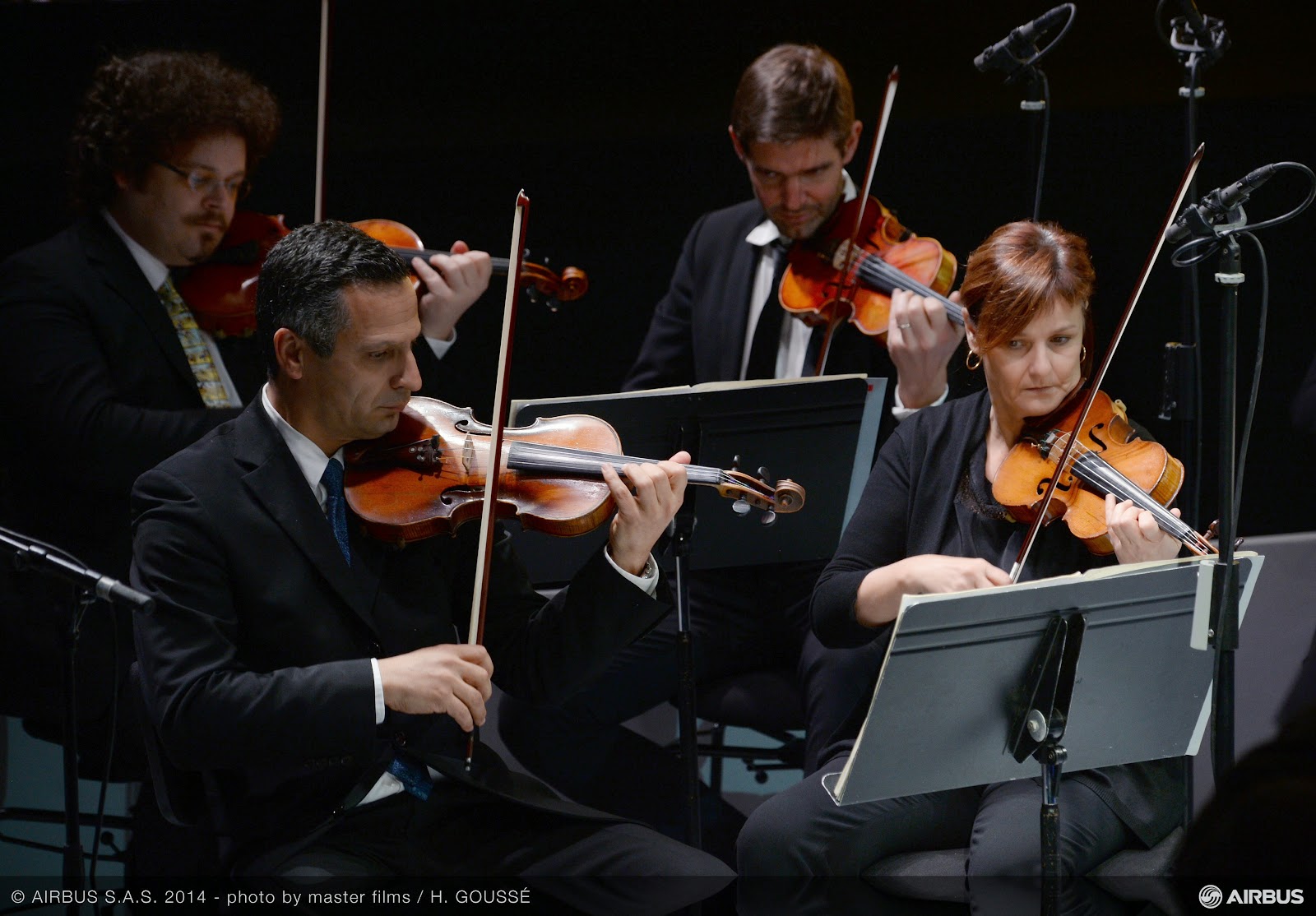 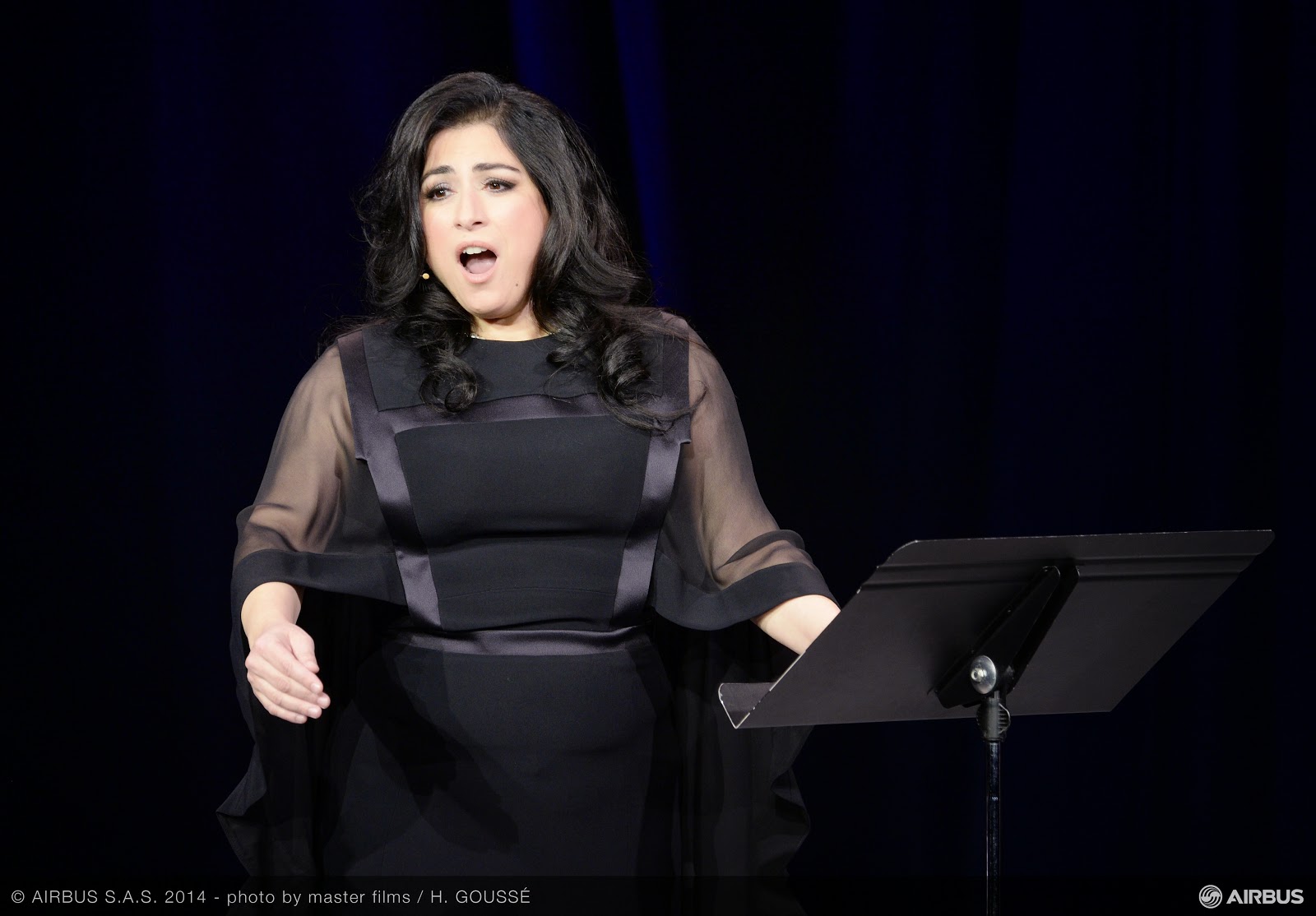