A350 first prototype MSN1 celebrates the 100th flight after successful completion of the artificial ice shapes tests … with a special guest onboard.

Vertical and Horizontal Stabilizers with artificial ice-shapes ....  and without ice-shapes

The artificial ice-shapes campaign has been performed from 13/Nov to 21/Nov with more than 30 flight hours of tests. This short campaign has included a 5 hours flight on 17/Nov, the first flight on Sunday.

All these pictures are available at http://www.flickr.com/photos/aircrafts/ 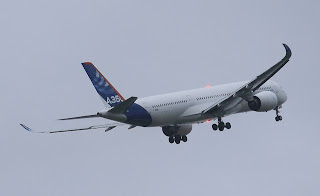 Following the completion of these tests with simulated ice-shapes, Airbus is preparing for icing tests with natural ice, targeted before end of the year although the exact timing and location largely depends on the weather. 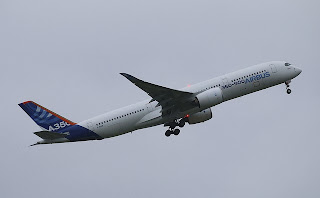 With these flying maneuvers, the flight test crews wanted to be able to simulate the worst case icing conditions on the aircraft with ice shapes, installed on the wings, horizontal and vertical stabilizers. 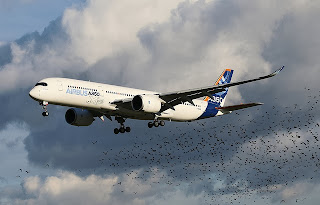