Libyan Wings, the newly launched Tripoli based airline, has signed a Memorandum of Understanding for 3 A350-900s (and 4 A320neo’s). The carrier is building up its fleet with aircraft orders announced at the 2013 Dubai Airshow. Libyan Wings will start operations for passenger charter and freight from the beginning of 2014.

“The A350 XWB and A320neo will play a significant role in ensuring that our new airline operates one of the most modern and efficient fleets in the Middle East region moving forward,” said Wisam Al Masri, Chairman of Libyan Wings. "With these fuel-efficient aircraft we will be able to offer passengers the highest levels of comfort on both long haul and shorter regional routes, while benefitting from the lowest operating costs and best environmental performance."

"It’s very exciting to see a new airline starting its business today with our efficient, latest generation A320neo and A350 XWB Families. This means that the Airbus product line, from single aisle to widebody clearly meets customer requirements in the world’s most competitive and demanding markets like the Middle East," said John Leahy, Airbus Chief Operating Officer Customers. "Whether for short regional services or long intercontinental routes, Airbus has the right products with the lowest operating costs and best in class comfort standards." 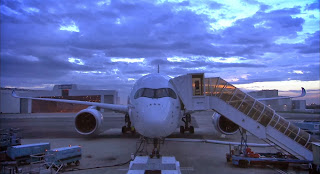 Libyan Wings is a fully privately-funded airline backed by Libyan businessmen, according to Chairman Wisam Al Masri. It will function as a full-service operator, with the aircraft configured in both business and economy class seating. 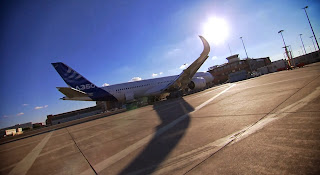 Established in 2012, the Tripoli-based carrier plans to serve primarily the MENA region at the start, explained Haret Alfasi, the carrier’s Applications Manager. The current strategy is to debut with domestic routes and flights to such countries as Tunisia, Egypt and Morocco, along with Turkey. Future expansion is anticipated to northern Europe, with service to Persian Gulf countries also envisioned, he explained 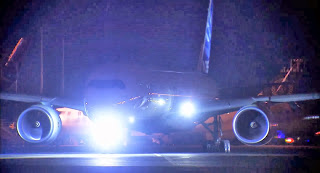 “Our aircraft choice today also demonstrates a commitment to innovation, technology and matching customer expectations in terms of comfort and safety, while also addressing the growing environmental concerns of the aviation market.” Alfasi told reporters at the Dubai Airshow announcement press conference. 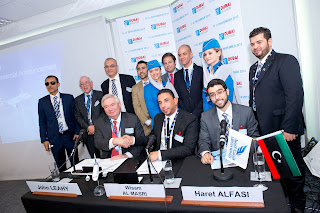 He added that Libya’s air transport sector is developing quickly, maintaining a strong recovery trend that has been boosted by a consumer market boom and the introduction of world brands in the country.

“Libyan Wings is here to demonstrate that we intend to make an impact in this market as well,” Alfasi concluded. “In addition, Libyan Wings is keen to play role in helping to revolutionize and improve airport infrastructure in Libya.”

Based on the press release “Libyan Wings orders three A350 XWBs and four A320neo’s”
Posted by Blogjfa at 5:49 PM