The dangerous flutter test performed last 23/October with the MSN1 A350 prototype. Video 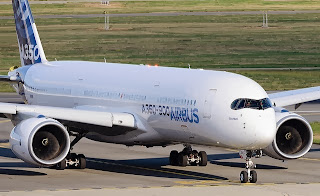 When a flight test crew puts on helmets and parachutes, you know they´re going to attempt a potentially risky mission. And that´s what the crew of MSN1 did on 23/October during the flutter test, one of the most critical and most dangerous tests during an aircraft´s flight test campaign. 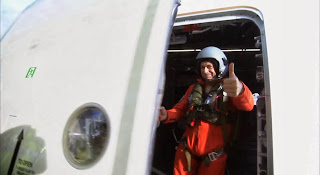 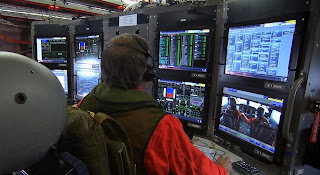 To “excite” the aircraft, Stéphane send signals to the flight control surfaces that initiate oscillations. “With the aircraft already shaking, there´s a second flight test engineer monitoring what I do”, he said. “He´s making sure I don´t type in the wrong input, something that could damage the aircraft”.

At the same time, the pilots have their own challenges. In a violently shaking aircraft, they have to sustain constant speed and mach. They must also maintain proper pitch and bank angle during the excitation phase, which can last up to 3 minutes. 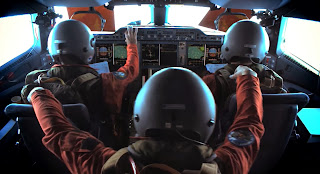 In order to minimize risk, the crew will only gradually increase the aircraft´s speed and mach combinations. After each excitation phase, “We look at the data and get feedback from flutter and aero-elasticity experts monitoring the flight in the telemetry office”.

Inputting information from dozens of accelerometers around the aircraft into complex mathematical models, those experts will analyze the structure´s damping response. “If the oscillations are damped, the structure is stable”, Stéphane said. “If not, the aircraft can be severely damaged”. Only when the results are good, the flight crew accelerates to the next speed and mach combination.

After each 5-hour flutter flight, Stéphane said the crew comes back exhausted. “The test requires non-stop concentration”, he said. “We´re demanding a lot of the aircraft – we´re right at the limits of what it can do”. 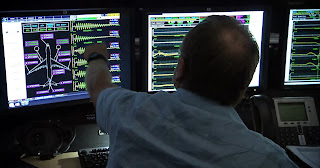 With the successful completion of the flutter test campaign -6 flights in total- the A350 XWB´s flight envelope, in terms of speed and mach, is now completely opened. “We have flown faster and rougher than what any customer A350 XWB ever experience”, said Stéphane Vaux. 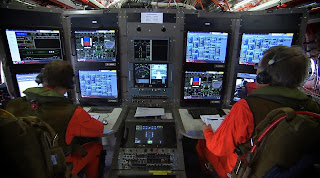 Based on the article “Flutter test; going to the edge” published by Airbus.
Posted by Blogjfa at 10:52 PM