Core and fan for flying testbed A350-1000 engine will be mated at Rolls-Royce this month.

Rolls-Royce is assembling the first flight-test version of the Trent XWB-97 A350-1000 engine, the highest-thrust production engine ever made by the manufacturer. 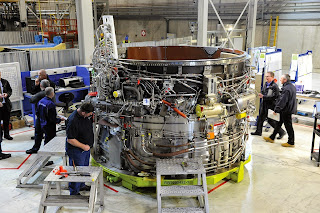 The fan case for the first flight engine, No. 26001, is nearing completion and vertical stacking of the core is progressing quickly at the manufacturer’s Derby, England, facility after getting underway toward the end of April. 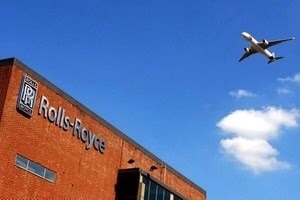 “The engine will be moving to Toulouse around mid-year and is due to fly in the beginning of the fourth quarter,” said Simon Burr,  Rolls-Royce’s COO for Civil Large Engines.

Based on the article “Rolls-Royce Building First XWB-97 For Flight Tests” published in Aviation Week
Posted by Blogjfa at 9:33 PM