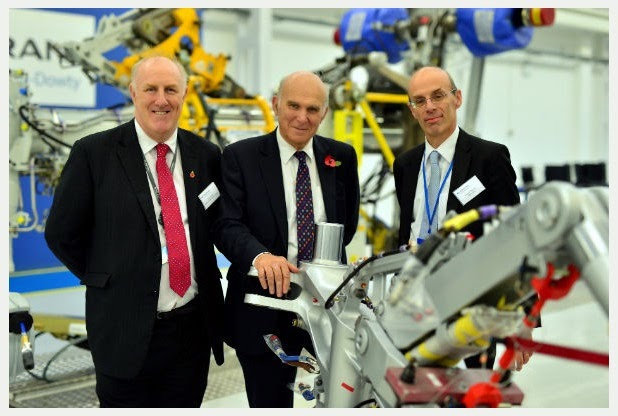 He unveiled a new production line at the facility, called Flow Line, aimed at increasing production rates for landing gears for Airbus A350 (and also for Boeing 787). 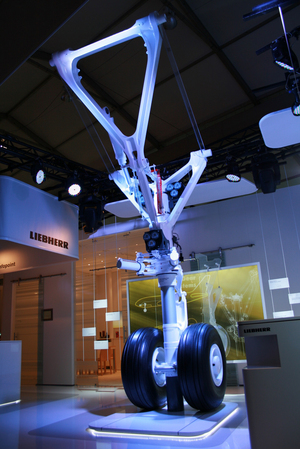 “As a Government we believe in aerospace,” said Dr Cable. “We have invested millions in research projects, half of which is funded by business and half by Government and that is commitment and support which will continue past the next election and help secure the continued future development of the sector.” 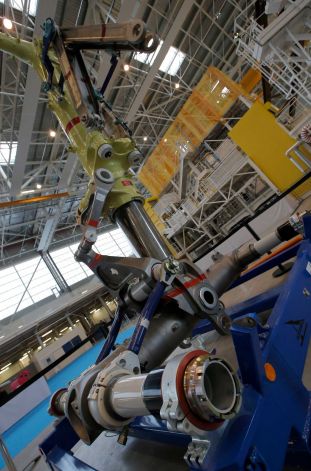 “Great Britain has a very significant advanced manufacturing sector,” said Dr Cable. “There are some areas where we are world leaders and Messier-Bugatti-Dowty is one of them. “In aerospace we are second only to the United States and we have some fantastic companies here in the UK but the world is a competitive place. We have to continue to develop to remain part of it. Through the “Aerospace Growth Partnership” we have put in the best part of a billion pounds for research stretching over the next seven to 10 years. That gives businesses like Messier-Bugatti-Dowty some long-term certainly that they can invest in projects like Flow Line. It is giving them confidence that the Government has some skin in the game.”

Based on the article “Business Secretary Vince Cable announces £6m funding for Gloucestershire-based Messier-Bugatti-Dowty” published in Gloucestershire Echo
Posted by Blogjfa at 8:45 PM