Airbus has announced that an A350 XWB of launch customer Qatar Airways will be on the static display. 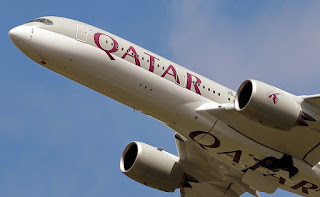 
Throughout the week, MSN2 test aircraft equipped with cabin will take part in the flying display. 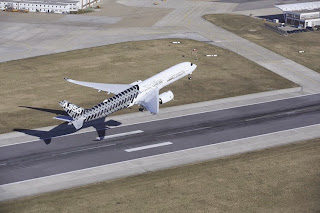 Although it was considered to get the MSN14 with Vietnam Airlines blue livery during the 2nd week of June at Le Bourget, finally the launch customer Qatar has included one A350 on it's huge set of aircraft that will be showcase, including a 787, A380, A319 and A320.

Based on the press release "Airbus Group plans major presence at París Air Show 2015".
Posted by Blogjfa at 10:05 PM