Spanish tooling supplier Aritex will develop and manufacture the assembly line for the Keel Beam at Airbus site in Nantes.

The company, with 160 engineers onboard, has been awarded with a contract to develop, design, manufacture and set-up the assembly line for the keel beam of the A350 XWB in Nantes. 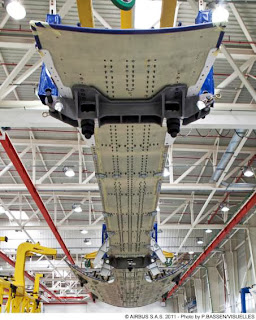 This is an important contract for Aritex because of the criticality of the structure; The keel beam provides structural continuity to the fuselage at the landing gear compartment. The A350 XWB program is the first time in which the keel beam and the aft lower shell have been combined to form a single major component. This immense part, made out of 70% composites, is 16.5m long and 4.3m wide and weighs 1.2 tonnes. Its assembly in the Nantes factory required the use of 10,000 fasteners to join 2000 parts. 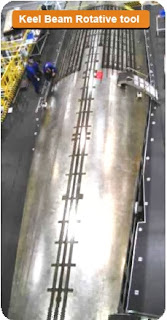 Aritex has the headquarters in Badalona (close to Barcelona) and it is already working in Airbus´ site in Nantes since 2012 with other tooling projects for the A320Neo.

For the A350 XWB program, Aritex has developed and manufactured the assembly lines of the Horizontal stabilizers (in Puerto Real) and of the Vertical Stabilizers (in Stade). Identified as Tier1 by Airbus, currently is the second supplier with more workload in the category of “jigs and tools” since it started in 2000 to work with.

David López is the CEO of Aritex

Currently Aritex is part of the Comsa Emte Group (more than 10.000 people) and it has recently open a new production facility of 7.000 sqr meters in Shanghai, mainly working for the C-919 with COMAC on the assembly lines of the horizontal stabilizers and the wing box. There is another production facility in Puebla (Mexico) focused in the automotive industry and a commercial delegation in Sao Paulo (Brazil) close to Embraer.