After more than 2 months of work, the runway number 1 (14L-32R) of the Toulouse-Blagnac airport is already in service again. As per Mr. Jean-Michel Vernhes, the airport president, the new runways will allow the takeoff of large aircraft including the new A350 XWB. 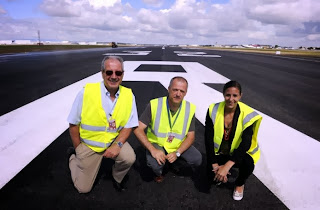 The runway that was built in 1938 and was rebuilt and extended twice after the second world war, it has been entirely rebuilt since 3/June. 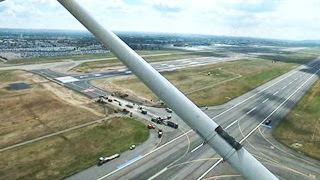 click on the picture to watch the video (in French)

It took several months of preparation since the beginning of the year, and more than 2 months of construction to achieve the project.. The 3 km long and 45 m wide runway required the contribution of some 70.000 tonnes of gravel, pebbles and various materials, and two layers of asphalt pouring oil specially produced by two production factories. 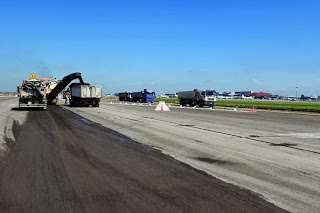 The new runway number 1 will now host without problems the A330, A350 and A380 assembled in Airbus site.

Based on the report “Aéroport Toulouse-Blagnac : la nouvelle piste ouverte” published in France3