Lessors´ orders for A350 focused on replacement needs more than on airline growth opportunities.


While massive backlogs at some aspiring carriers help fuel talk of a potential order bubble, the number of established airlines that have yet to line up replacements for older aircraft have lessors bullish on long-term prospects and keep manufacturers confident they are not overproducing. 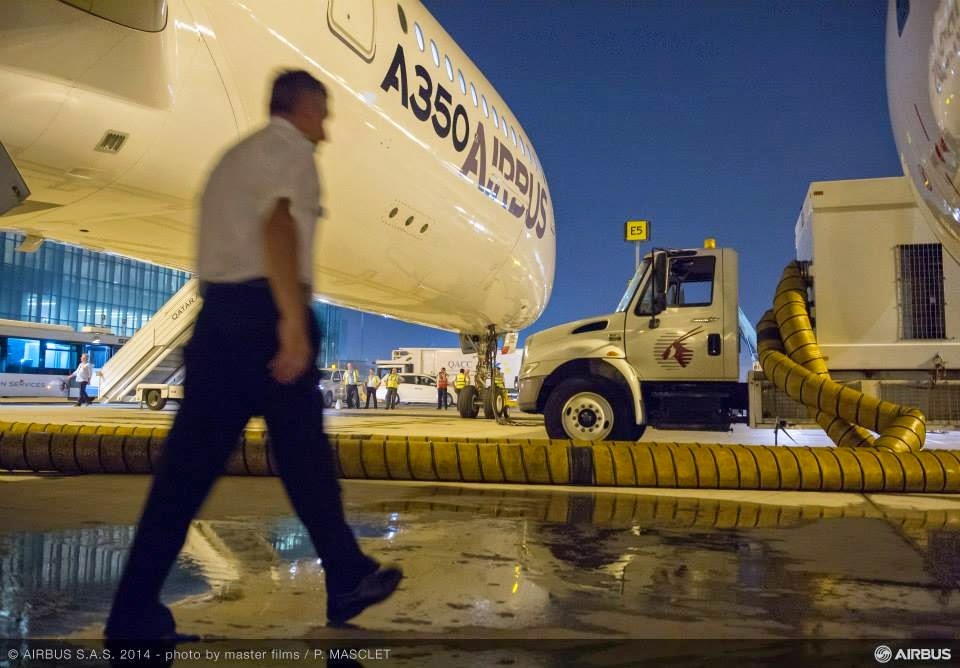 Boeing is ramping up 787 production and Airbus is slowly phasing in the A350, which for the first time will have a material effect on its widebody supply in 2015. The decisions have led some to believe that the manufacturers are taking on too much risk and may be forced to cut back if the global economy does not perform as expected. But lessors such as Air Lease Corp. and AerCap are arguing that demand will largely be driving the need to replace aircraft, a segment that is more immune to cyclical variations than pure capacity growth. 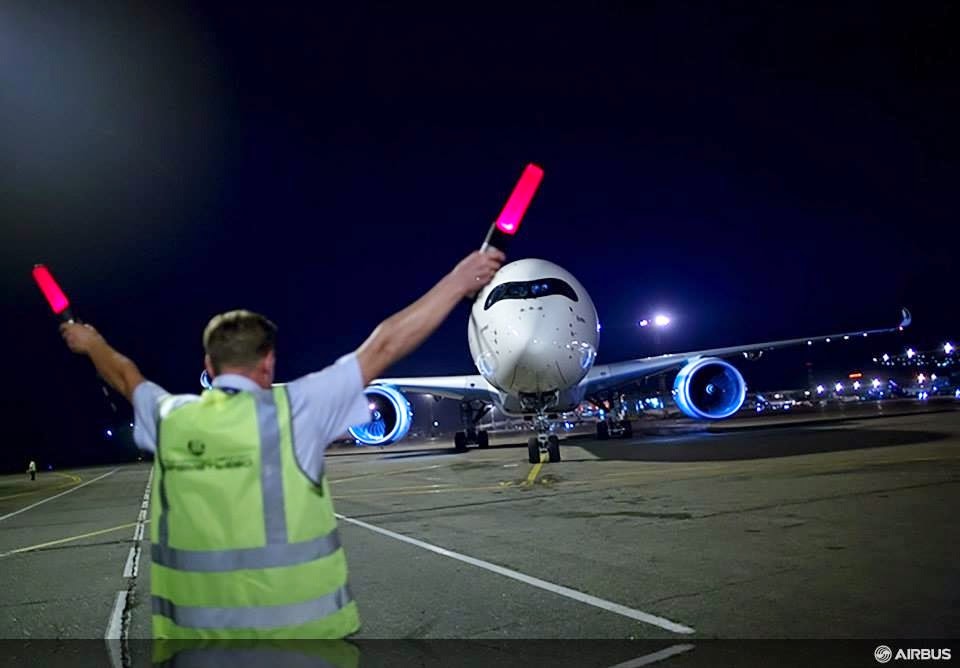 Data from Boeing, Airbus and the International Air Transport Association (IATA) that were analyzed by Aviation Week in this article show some major differences in the order patterns of airlines and lessors depending on aircraft type. 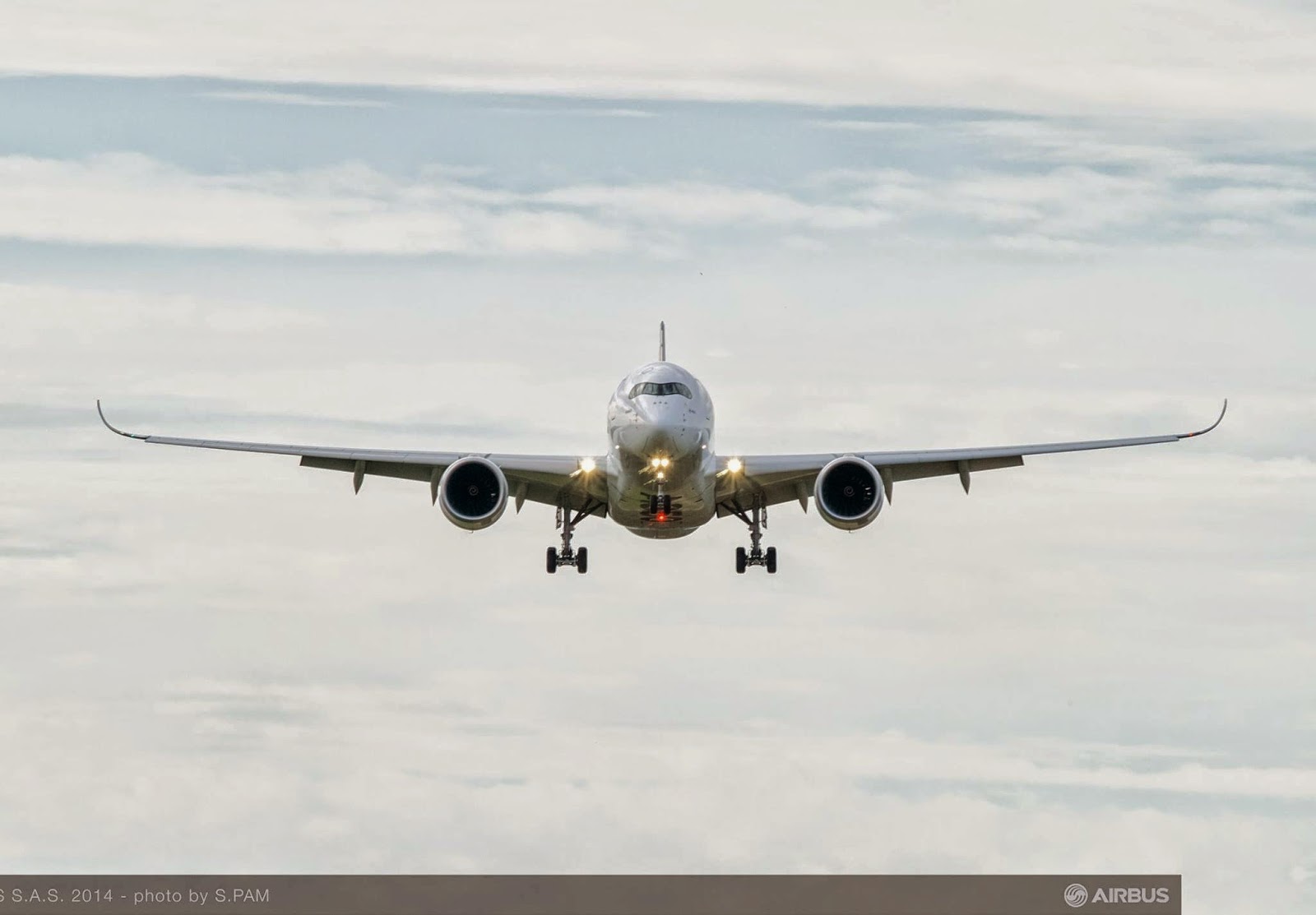 Concerning long-haul aircraft, of the top 50 airlines by RPK, only 7 had not ordered either the Airbus A350 or the Boeing 787, limiting opportunities for lessors to place aircraft with airlines that are making late decisions. Interestingly, lessors also control about 15% of the current 787 backlog, but only 10% of the A350 orderbook. 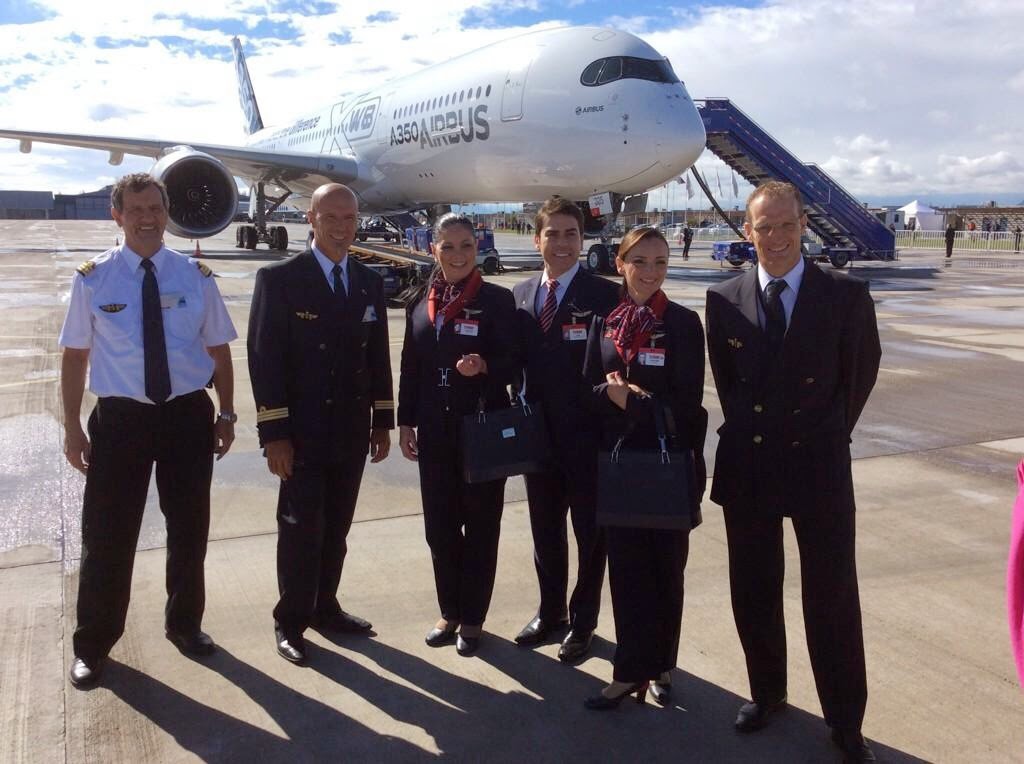 If the scope is expanded to smaller airlines, the replacement market for widebodies is becoming larger. A recent Air Lease analysis calculated that about 40 airlines with Boeing 767s, A330s, or A340s have not ordered comparable next-generation replacement models.

“There are still a number of airlines that have not made a decision on replacement new-technology aircraft,” Air Lease President/COO John Plueger says. “We take that very much into account. Our orderbook . . . enables us to provide aircraft to those airlines much in advance of what they could get today from manufacturers because, frankly, they’re late.” 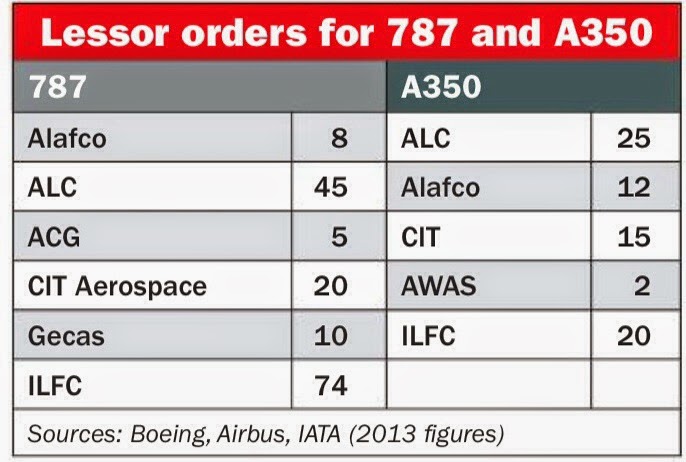 What is driving lessor orders in many cases is not so much airline growth opportunities but retirements. “We remain primarily focused on the demand generated by the replacement cycle of aging aircraft,” CEO Steven Udvar-Hazy says. 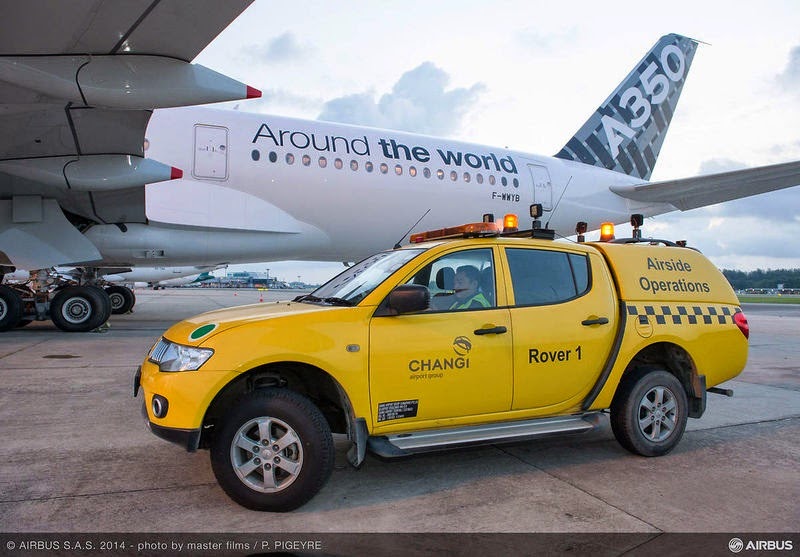 And analysts agree. Even with projections of solid air traffic growth, the next decade or so will see the percentage of new deliveries replacing existing aircraft rise steadily. Historically, about 1 in 5 new deliveries has replaced an in-service aircraft, while the rest have fed growth, consultancy ICF International notes. In the next 10 years, that ratio will be closer to 1 in 2, and total annual retirements are projected to hit 1,000 per year by 2025 at the latest.
Boeing’s latest market outlook has airlines adding 36,770 new jet aircraft in the next 20 years—42% of which, or 15,500, will be replacing existing equipment.

The steady traffic rise is being credited for parked aircraft being returned to work. A recent UBS analysis showed the stored aircraft fleet declined 7% in the 12 months ending 30/May, and the number of parked newer aircraft—those at mid-life or younger—dropped even more. 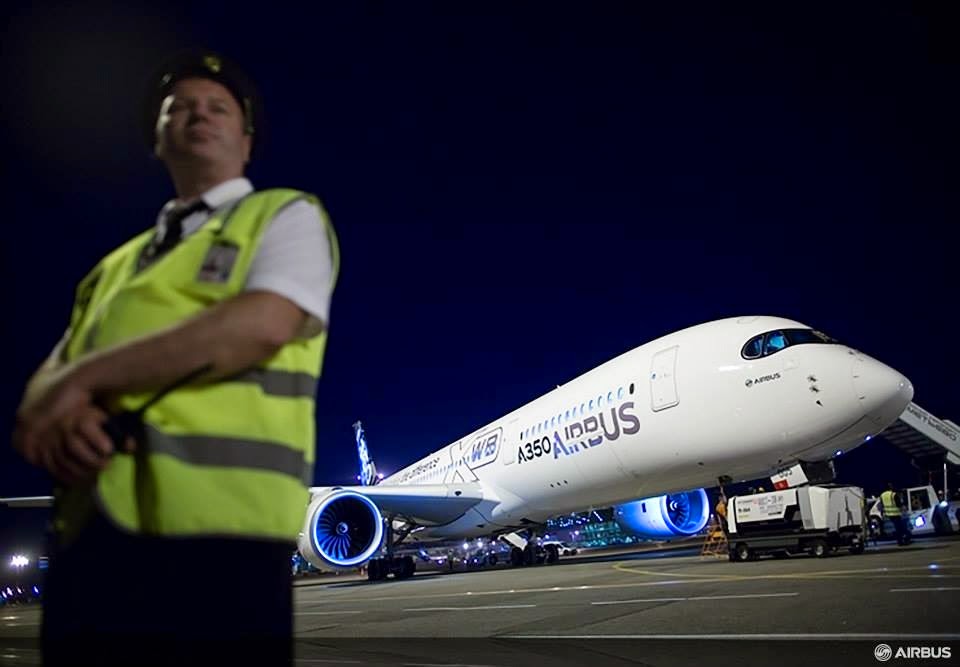 Higher load factors may also be helping to stoke demand. 20 years ago, load factors in the mid-60% range were commonplace. This year, airlines filled 79.3% of their seats through 30/June, IATA figures show. The significance for manufacturers and lessors: airlines cannot grow by filling more existing seats as easily as they could 2 decades ago, ESG Aviation Services analyst Ed Greenslet explained. As a result, they add more seats, which usually means adding aircraft. 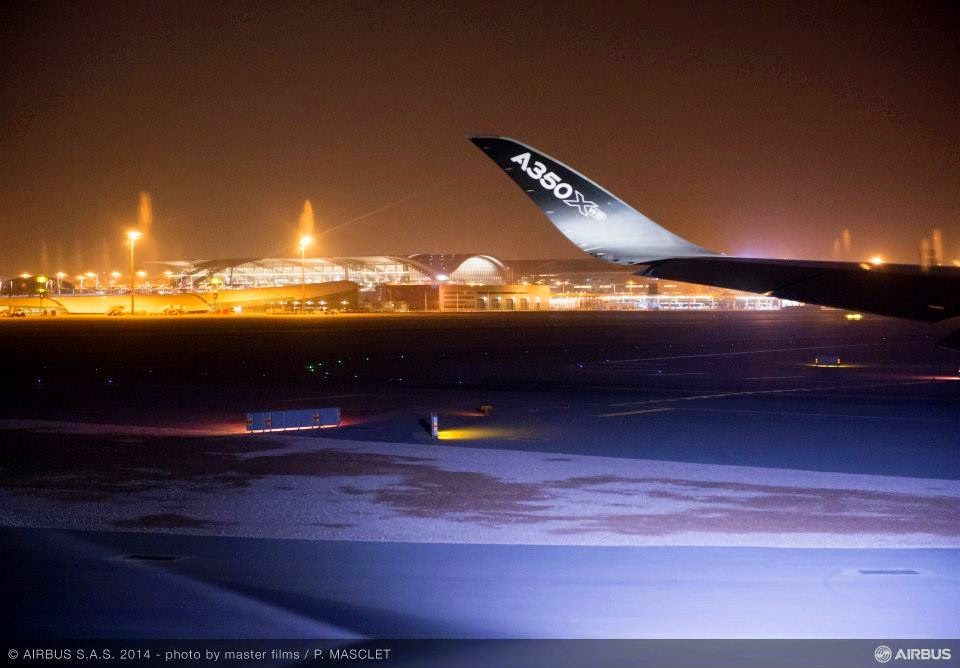 “As we look around the globe, there are airlines that are over-ordered; there are airlines that are under-ordered,” Udvar-Hazy says. “Part of our function as a leading lessor is to help smooth out the supply-and-demand dynamic between customers and regions. This is not predicated on the credit markets or the size of the backlog at the manufacturers.” 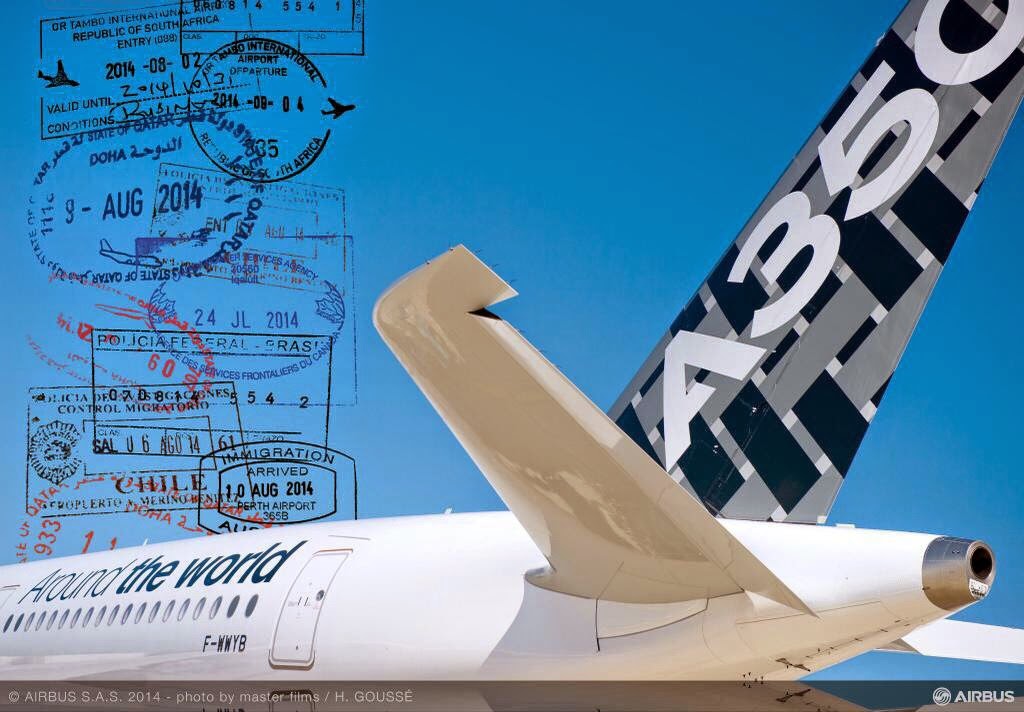 “We now have airlines requesting quotations and leases on next-gen aircraft delivering in 2017 through 2019 and beyond,” AerCap CEO Aengus Kelly says. “Many of these airlines have delayed too long ordering their own new-generation equipment, thereby needing to obtain these aircraft from our order pipeline.” But he expects airlines will request additional lift even earlier than that.

All photos by @ Airbus

Based on the article “Delayed Response” published in Aviation Week.
Posted by Blogjfa at 6:10 PM