According to this Vietnamese newspaper, Airbus has written to the Vietnamese Government expressing its interest in establishing a new aircraft components factory in Vietnam. 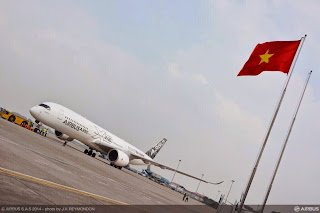 
A source from the Ministry of Transport said Airbus has proposed a plan to cooperate with Vietnam in developing the aviation industry in the document sent to the Government and the ministry.

Airbus said in the document that it wants to set up the aircraft components factory in cooperation with a major industrial partner in Vietnam. 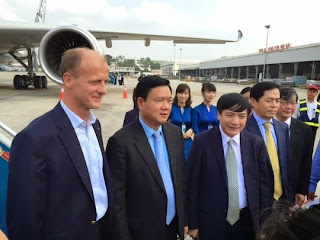 The planned-only facility in Southeast Asia will produce electrical safety belts for Airbus A320 aircraft.

Airbus stands ready to transfer technology for production of composite components for A320neo and A350 XWB aircraft to Vietnam. 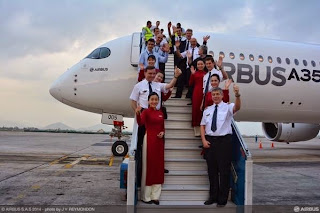 Airbus declined to detail the plan as it is in the process of discussion with the Government but said it will step up cooperation with Vietnam in the aviation sector.

Airbus announced in March last year that the factory of Nikkiso Vietnam in Hanoi made composite spars and shields for the Sharklet winglet for A320 aircraft. 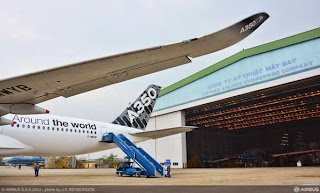 
Based on the article “Airbus wants aircraft parts factory set up in VN” published in VietNamNet Newspaper
Posted by Blogjfa at 10:21 PM