TAM will receive the 1st A350 later this month.

TAM Airlines’ 1st A350 has successfully taken off from Toulouse Airport  on 1st of December 2015 ahead of its delivery to the airline later this month. 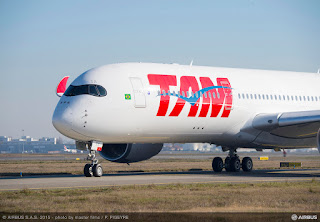 The aircraft now progresses to the final production phase which includes further ground checks and flight tests until the end of the month. 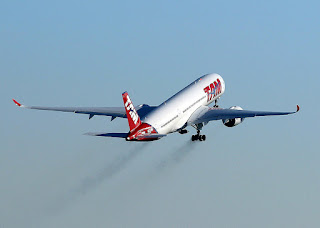 TAM will become the 1st airline from the Americas to fly the A350 XWB and the 4th operator in the world after Qatar Airways, Vietnam Airlines and Finnair. 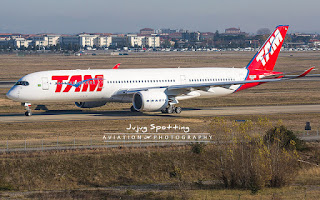 LATAM Airlines Group, made up of LAN Airlines and TAM Airlines, has ordered 27 A350 XWB aircraft. 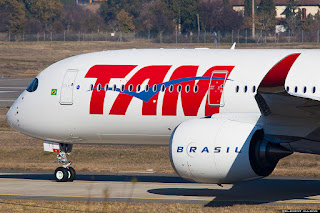 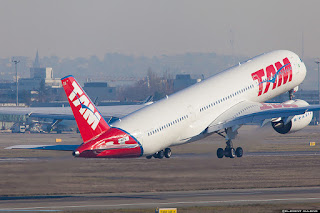 
The carrier will start operating the A350 in January/2016 between Sao Paulo and Manaus. 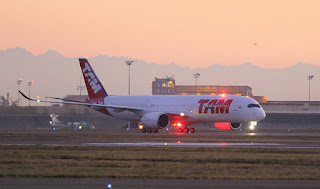 This will be followed by international operations from Sao Paulo to Miami, to Madrid and to Orlando.

Based on the press release “First A350 XWB for TAM Airlines makes its maiden flight”
Posted by Blogjfa at 10:28 PM