Aerolineas Argentinas considering A350 XWB order to be placed in 2013

Aerolineas Argentinas is in preliminary talks with Airbus and Boeing regarding an order for the A350-900 or 787-9 that could be placed in 2013, say executives in ALTA- Airline Leaders Forum in Panama City. 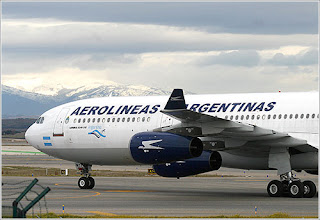 The Buenos Aires-based flag carrier is looking for a replacement of its A340 and planned A330 fleet by "the end of the decade", says Guillermo Rudaeff, vice-president of business development and alliances at Aerolineas.
Aerolineas Argentinas operates a widebody fleet of seven A340-300s and four A340-200s. Mariano Recalde, president of Aerolineas, said in August that the airline is looking for up to #4 used A330s to add to its fleet, to operate on north-south routes between Argentina and northern Latin America as well as North America. 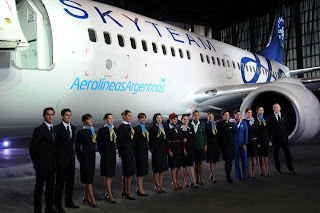 Discussions with Airbus and Boeing began following a request for proposals (RFP) during the past month for new aircraft, including both widebody and narrowbody variants.
Rudaeff says that Aerolineas Argentinas -SkyTeam alliance member-  received "many responses" to the RFP but is focused on its future widebody fleet at the moment.


Based on the article “Aerolineas considering A350 or 787 order” published in FlightGlobal
Posted by Blogjfa at 9:03 PM