United Airlines is in talks with Airbus about buying A350-1000 aircraft, a step toward the first U.S. purchase for Airbus´ largest twin-engine model, people familiar with talks said to Blommberg. 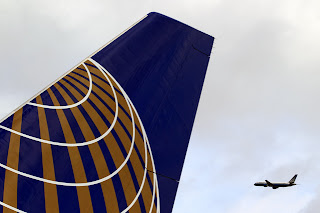 The world’s biggest airline is considering the 350-seat plane to replace older Boeing 747s, said the people, who asked not to be identified because the talks are private. United already agreed to buy #25 A350-900 variant under a 2009 deal that included another #25 787 Dreamliners with deliveries scheduled from 2016 to 2019. And options for additional #50 aircraft from each manufacturer. These #50 options for A350 XWB are what United is considering to be A350-1000.
A United order would help Airbus that had suffered cancellations and a 4- year A350-1000 order drought until July/2012 when Cathay added #26 to its fleet at Farnborough airshow. United – with a 22% of the fleet with A320 and 54% of the orders- said it’s also looking at what Boeing will offer as a successor to its 777.

“This would be a big wake-up call for Boeing,” said Richard Aboulafia consultant of Teal Group. “There’s a big market emerging for the next-generation of the 777-300ER, and so far, Airbus is the only manufacturer with a firmly-launched new product.”

A competition with Boeing would depend partly on how soon Airbus can free up delivery slots for the A350-1000 and how fast Boeing can develop the jet dubbed the 777-X, said two of the people. The A350-1000’s list price is $320.6 million, while a 777-X probably would command more than the 777-300ER’s $315 million.
Airbus declined to comment, saying discussions with potential buyers are private.


Based on the article “United Said to Study Biggest Airbus A350 to Replace 747s” published in Bloomberg
Posted by Blogjfa at 7:01 AM