Cathay Pacific optimistic with A350-900 economics, prepares for new routes in 2016 to connect Hong Kong with Berlin, Manchester, Madrid and other hubs in North America.

Cathay Pacific believes that the superior "economics" of the Airbus A350-900 will allow the airline to open up more than a dozen new points in Europe and North America from its base in Hong Kong.
Calling the A350-900 a "really strategic aircraft", Cathay's chief executive John Slosar said in a wide-ranging interview with Flightglobal that the options that it offers the airline "will be really important for us". 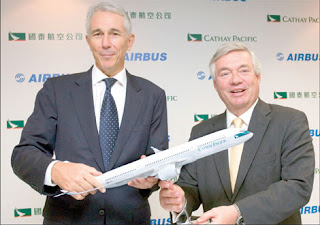 Some of the European destinations that could open up for the Oneworld alliance member include Berlin, Dusseldorf, Manchester, and Madrid, says Slosar. Together with the new points in North America, these will allow Cathay to offer non-stop services to Hong Kong and then connections to points in Asia.
"This is why the A350-900 is a really strategic aircraft because we think the economics of that will allow us to add a lot more direct services to Europe and even some in North America on that," says Slosar.
Cathay has orders for 20 A350-900s and 26 of the larger -1000 variants. It expects to get its first -900 in 2016, and Slosar says that Airbus is doing a "very good job" in managing the programme and the risks associated with it. 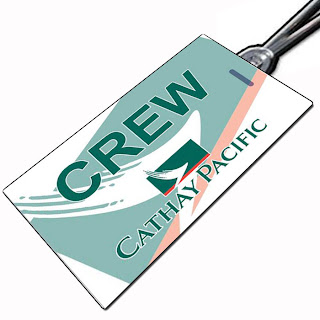 "We are very heavily invested in the success of the A350. I will give Airbus a hat tip - they are doing a very good job with that. They say that they are going to be flying in 2013, and it looks to me like they will. And we are really looking forward to the airplane getting in the sky as a step towards delivery," says Slosar.
"From what I see, they are managing the program well, and managing the risks and making pretty good progress. As much as the [Boeing] 787 was a huge story when it initially came out of 2007, it took a while, but it was a big story even when it flew two years ago. The A350 flying will be one of the huge stories of 2013."

Based on the article “Cathay eyes new European and North American points with A350-900” published in FlightGlobal.
Posted by Blogjfa at 7:29 PM