Airbus follows the investigation into the 787 Lithium-ion batteries closely and has prepared the back-up plan to change to more traditional Ni-Cd batteries if necessary.

Airbus said it was following the investigations into the 787 closely, and would evaluate any recommendation that “applies to us”; "Airbus continues to study the progress of the NTSB and once conclusions and subsequent recommendations are made, we will determine if they apply to us," Airbus spokeswoman Mary Anne Greczyn said. "Until then, we remain very interested in the authorities' investigation." 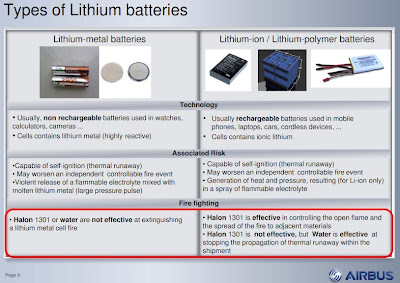 Airbus’s main plans for the A350 involve using lithium-ion batteries for starting the aircraft’s auxiliary power unit – which usually provides electricity for the jet when it is on the ground. But in parallel with these plans, it has developed a back-up proposal that involves using nickel-cadmium batteries.


“Nothing prevents us from going back to a classical plan [for nickel-cadmium batteries] that we have been studying in parallel,” said Airbus. “We have all options open.”


Airbus – like Boeing – is using lithium-ion batteries because they are smaller and lighter than equivalent devices based on nickel cadmium. Bombardier is using Nickel-Cadmium batteries for the CSeries. 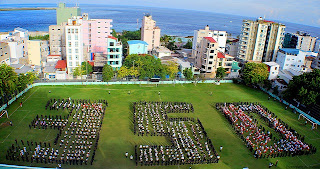 Not too big impacts on schedule and on weight.


If Airbus had to abandon plans to use lithium-ion batteries on the A350, it is unclear how much the aircraft’s development timetable could be prejudiced. A switch to standard batteries would delay the A350 program by a couple of months.


Reverting to less volatile Nickel-Cadmium would mean sacrificing improvements in weight in the lighter Lithium-Ion batteries, equivalent to one adult male passenger out of between 270 and 350 passengers and cargo on board.


“The penalty in weight compared with the risks associated with Li-Ion is minimal,” said Nick Cunningham, an aerospace analyst at Agency Partners in London.


Plane and battery makers say the technology is safe but recognize it is in the early stages of use in commercial flying. 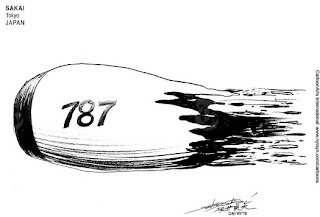 Maturity of the technology.


The move comes amid a wider rethink in the aerospace industry on whether the powerful but delicate backup energy systems are technically “mature”, they said.


Industry executives, insurers and safety officials said that the technology’s predictability was being questioned at senior levels as investigators struggle to find the cause of incidents that led to the grounding of Boeing’s 787 Dreamliner. 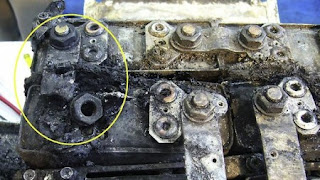 “There is an increasing doubt over the technology,” said a person familiar with industry-wide discussions on the issue. “It may well be the future but for now it is a question of maturity. The information on the two incidents is not reassuring.”


The National Transportation Safety Board, which is examining a fire on a parked 787 at Boston airport a month ago, said last week it had identified where the fire broke out but not the cause and referred to a possibly long investigation ahead. 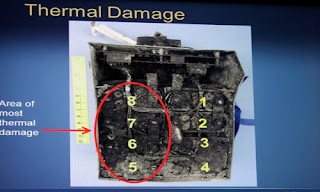 A spokesman for Airbus said the company would evaluate the outcome of the U.S. battery investigation: “Let’s not get ahead of ourselves. There are no conclusions by the NTSB yet and the investigation is still ongoing.”


However, experts say that if the 787 probe fails to provide clear answers soon, pressure may build for Airbus to pre-empt the findings and switch solutions to head off development risk.