Back-up Plan for batteries´ issue prepared for A350 XWB but not populated to avoid transferring the media-focus from 787 to the A350 XWB.

Airbus CEO said a Plan B for A350´s lithium ion battery design is developed and he stressed that he´s frustated over the attention the A350 is getting as a result of the Boeing 787 issues. 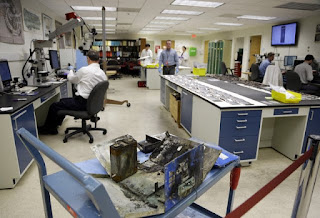 But after knowing that Airbus identified & presented at a closed meeting with airliners in March/2011the risks of lithium-ion batteries (click to watch the presentation), if Airbus has not populated any mitigation plan and any detail about the design & fire protections of its lithium-ion batteries, the concerns about the impact on the A350 XWB development are on the table.


"We identified this fragility at the start of development and we think we resolved it about a year ago," Bregier said. "Nothing prevents us from going back to a classical plan that we have been studying in parallel." 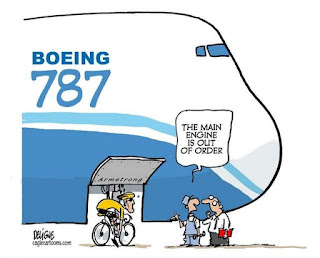 The absence of answers from Airbus leads to the conclusions that there is no fire suppression in A350 XWB; although Halon can be used to suppress small fires, a thermal runaway can only be suppressed by water, and plenty of it. It means weight. It took firefighters more than 1 hour to put out the blaze on the JAL airplane. Not confirmed but it seems A350 design has venting overboard -that the Boeing design does not- and Halon.


"We studied the integration of these batteries on the A350 very carefully," Airbus Chief Executive Fabrice Bregier told a group of French aerospace journalists on Thursday. "I am very relaxed about this.". 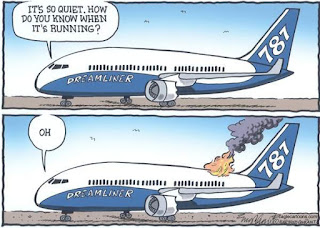 "We have a robust design. If this design has to evolve, we have the time to do that," Bregier said. "If it has to change in a more drastic way because the authorities reach the conclusion that the technology is not mature, then we have all the time we need to do this on the A350 before first delivery in the second half of 2014."


"I'm not going to give any lessons to Boeing. At the same time, I don't have to take any either, when I think we have done well and have a plan which allows me to have aircraft flying with batteries that don't catch fire." 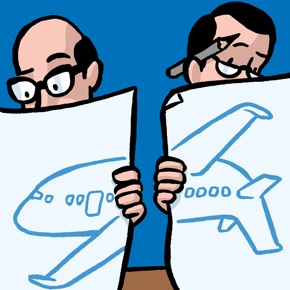 In parallel and –unfortunately- probably without any kind of communication, Boeing is working on its own Plan B which is to build a containment box around the battery (similar to the Cessna approach).

Based on the article “Airbus says it has a 'Plan B' for A350 jet batteries” published in Reuters.
Posted by Blogjfa at 9:19 PM