Turkish Airlines, the world's fastest-growing airline, is considering an order for A320neo or 737MAX and they have ordered last December/2012 15 long-haul 777-300ER from Boeing to a $ 4.7 billion at catalog prices.


Nicole Bricq, Minister of foreign trade met Temel Kotil, the general manager of Turkish Airlines. "Discussions are ongoing, there will be no announcement or signing during the visit of the Minister," said a Ministry spokesman. 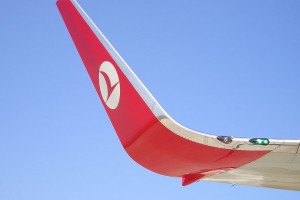 Kotil declined to comment on further aircraft orders, which are expected to be made by the carrier this year. “So far nothing is decided,” he said. “We are working hard on the decision”


A350 XWB ailerons are designed and manufactured in TAI, Turkish Aerospace Industries.