A350 Trust building with Qatar Airways.

The Airbus A50 XWB carrying Qatar’s flag makes its first landing at the Hamad International Airport last week. Qatar Airways CEO Al-Baker said, “This is yet another key milestone in Qatar’s aviation progress. We have been steadily investing in our infrastructure to enable us to stay ahead of the latest developments in the global aviation sector. Hamad International Airport, which was built for advanced aircraft such as the Airbus A350 XWB, is our flagship asset and will soon be the new home of Qatar Airways and our modern fleet of aircraft, including the A350 XWB family.”

Journalists were given a tour of the interior of the A350, which is currently fitted out with testing equipment. They were also treated to an air display, with the A350 being put through a series of impressive maneuvers in front of a VIP crowd which included the Qatar Tourism Authority’s chairman and ambassadors of France, Germany and Spain. Rolls Royce senior vice president (customer business) Phil Harris joined Didier Evrard Airbus A350 XWB program EVP. 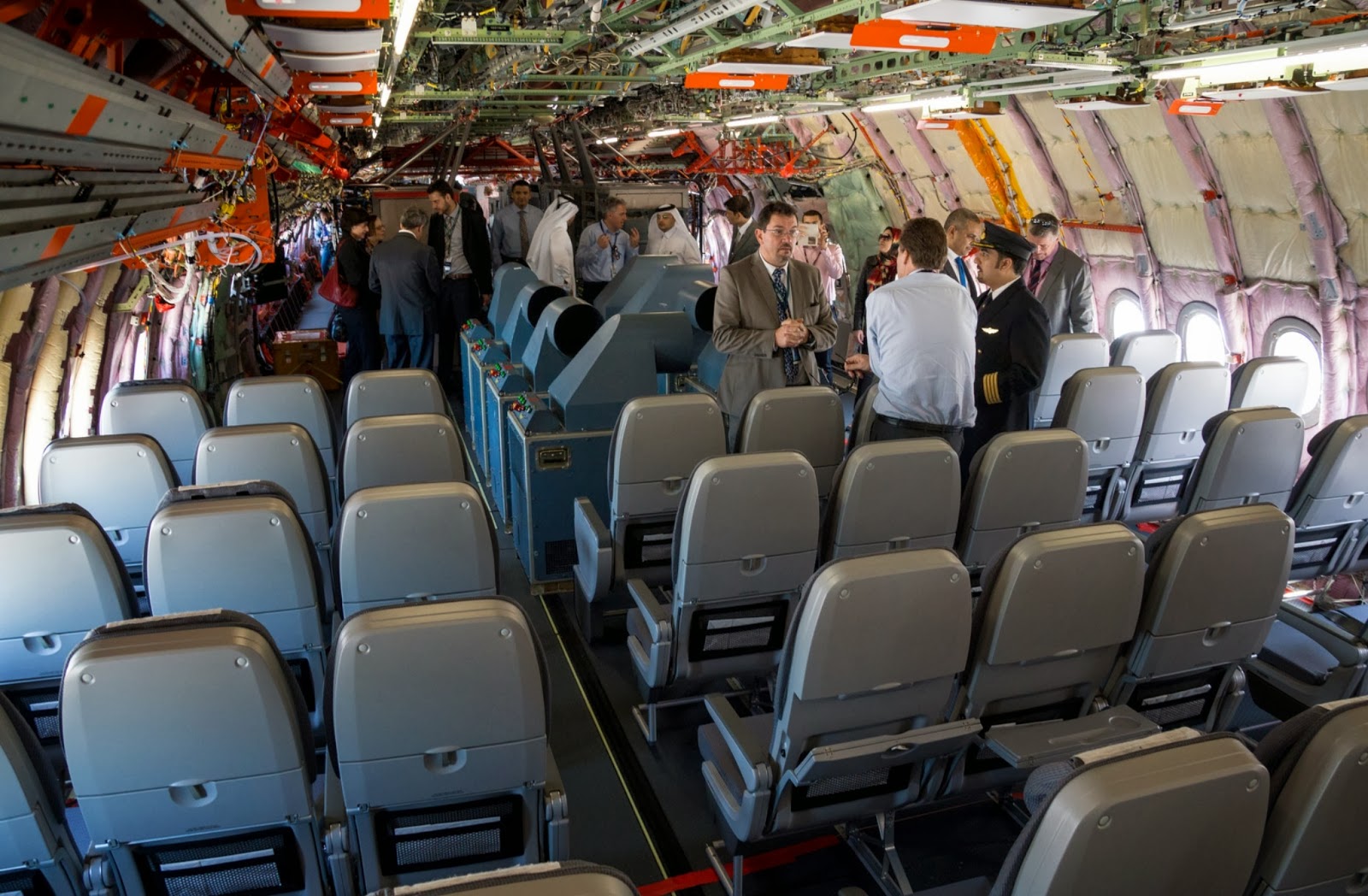 The aircraft stayed in the new Hamad International Airport (HIA) at Doha for 2 days when Airbus carried out some unspecified checks before departing for its next stop, the Singapore Airshow. 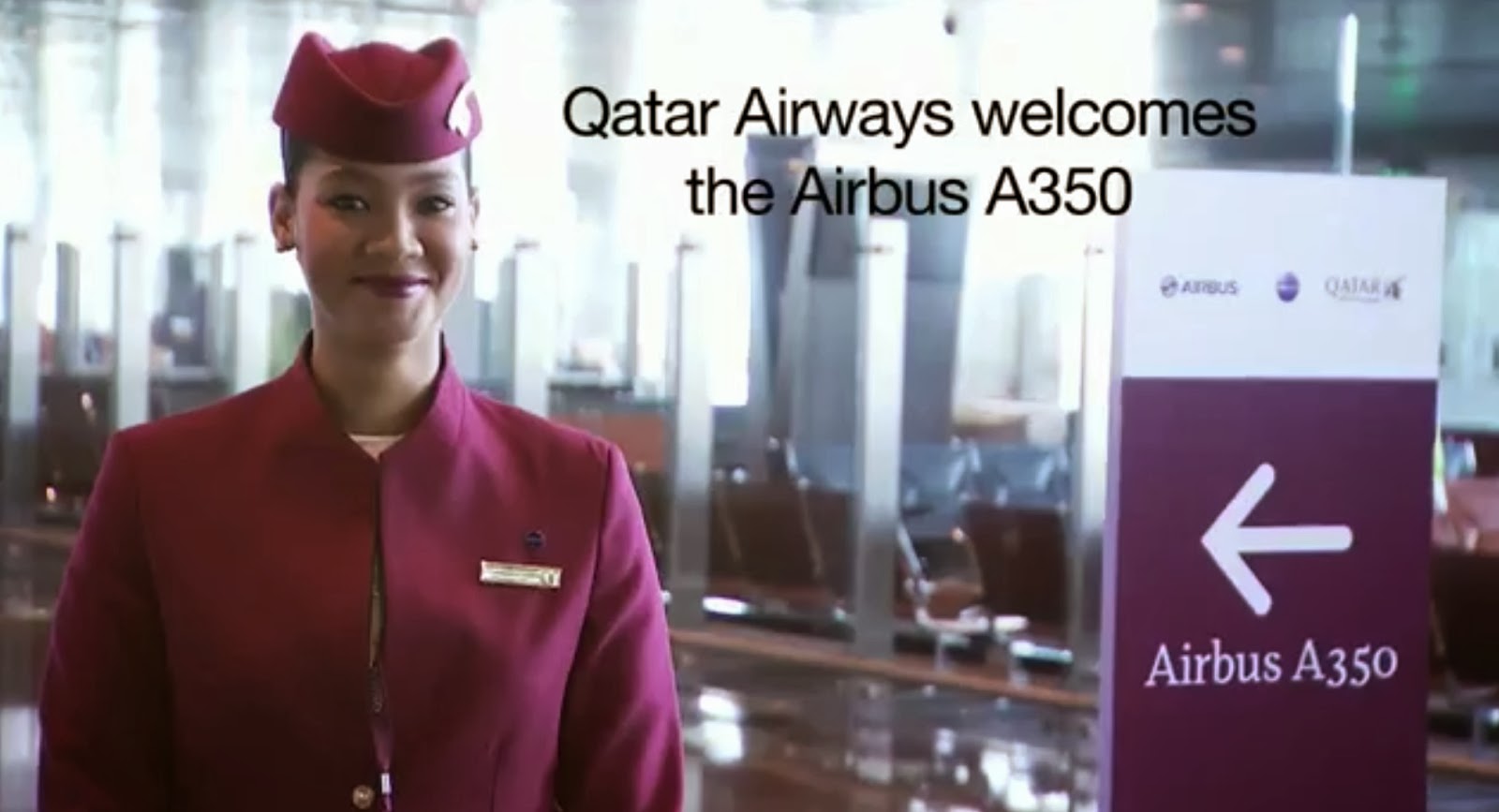 
It is planned that the A350 will return in June to Qatar to test its performance during the summer heat. 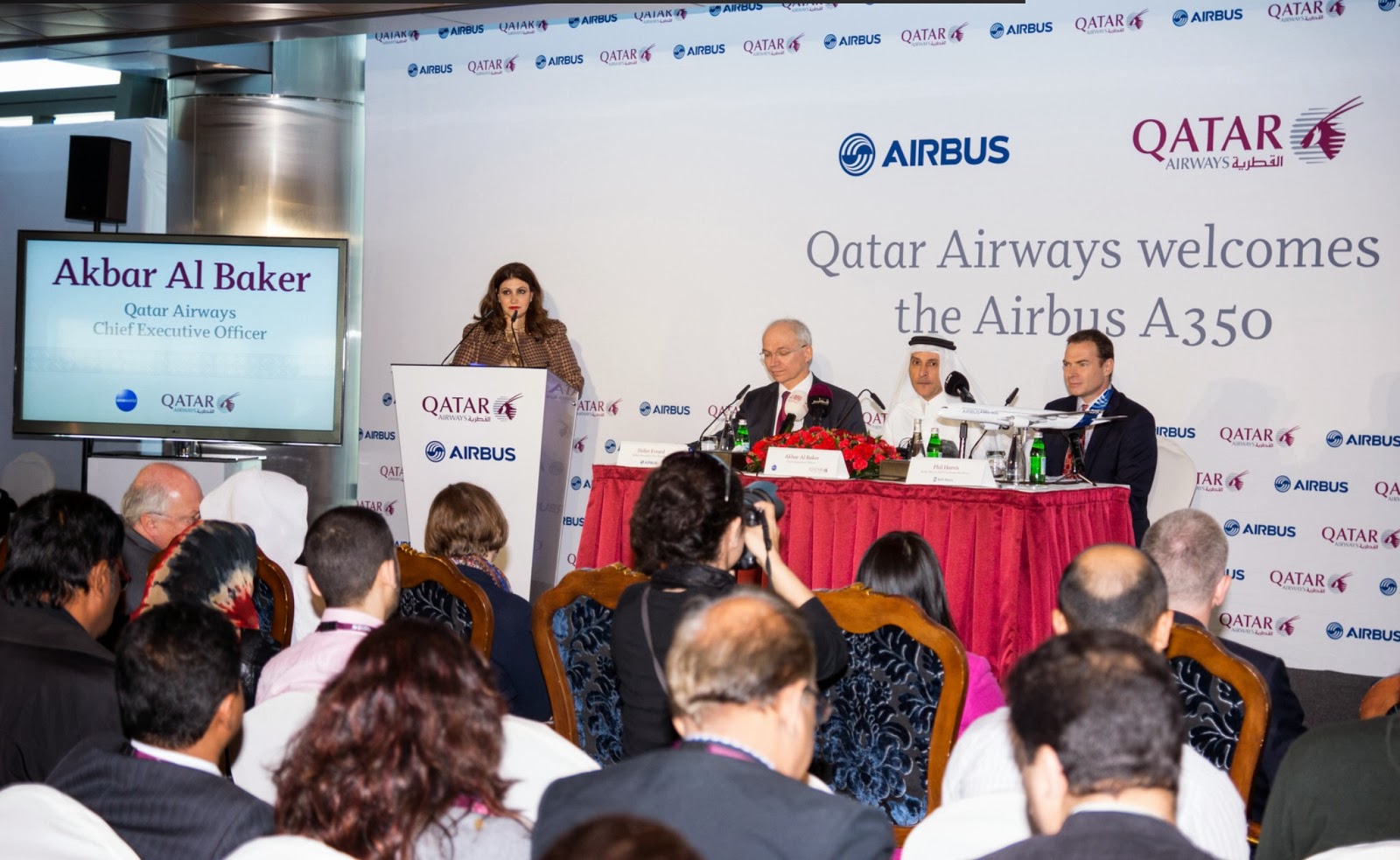 Speaking to journalists at the event, Qatar Airways CEO Akbar Al Baker said the airline was “working very closely” with Airbus to receive its first A350 “later this year,” but declined to give a specific date. 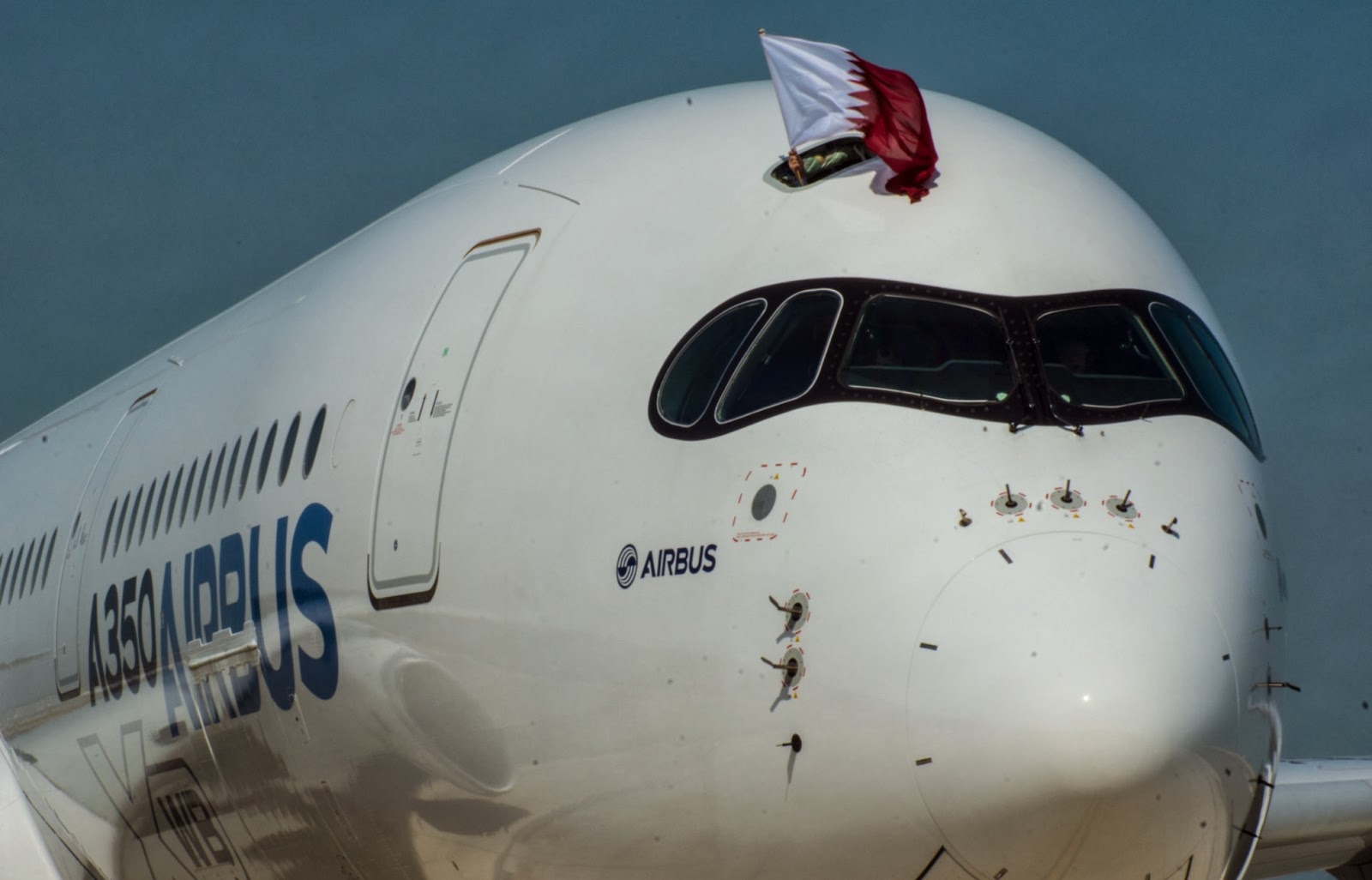 “The first A350 XWB delivery will be at the end of this year. The test program is going absolutely perfectly, without any glitches. Airbus has been very transparent with us on the subject of its test results,” al-Baker said in Doha. 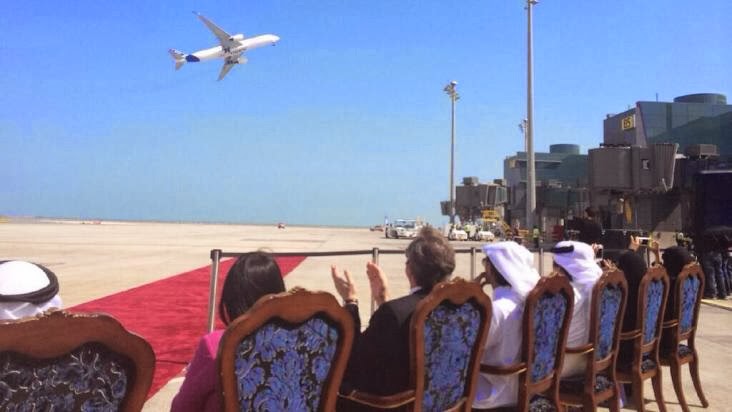 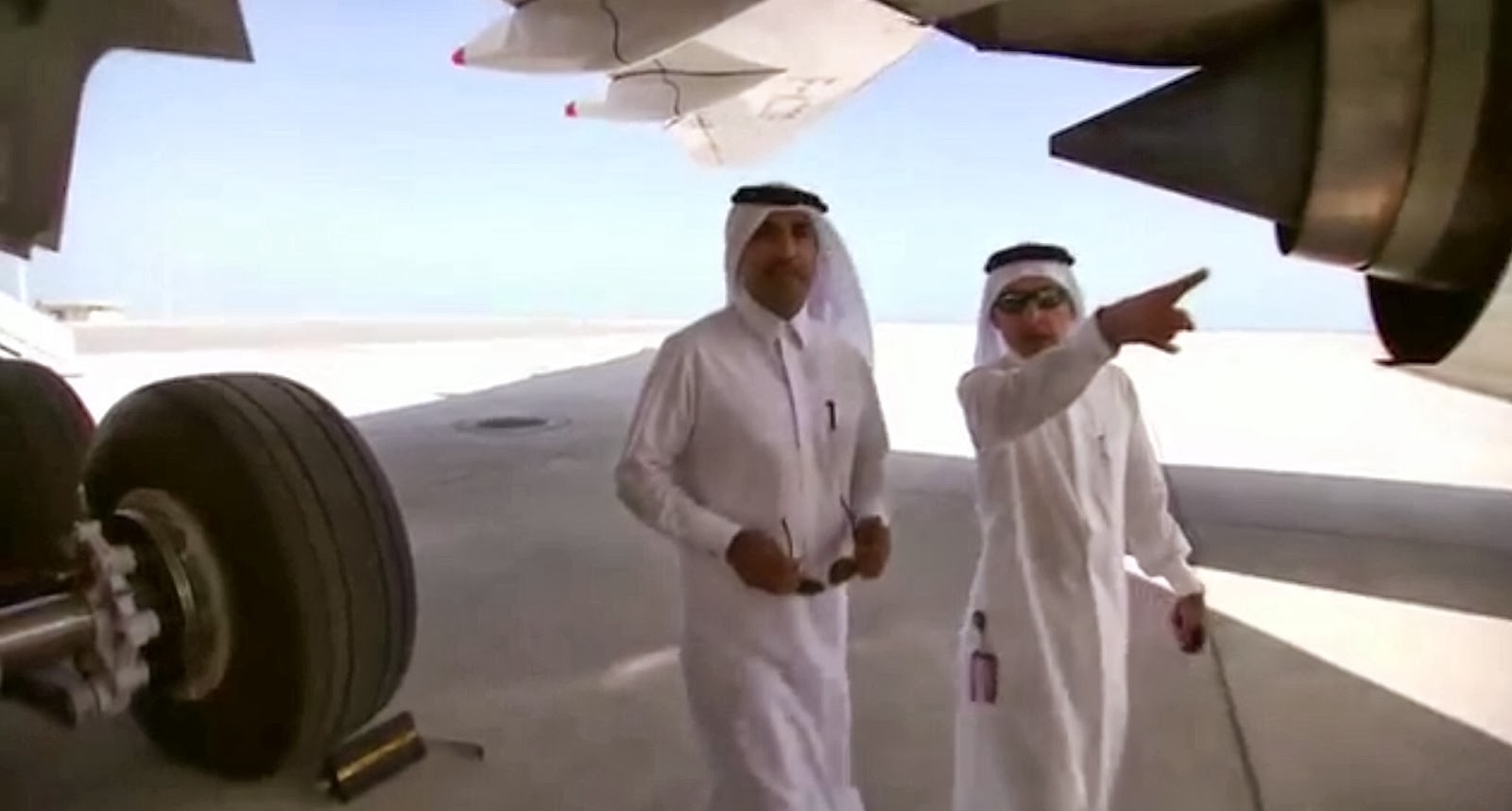