As commented some days ago, the A350 MSN2 finished in May the more than 2 weeks of evaluations at the U.S. Air Force’s McKinley Climatic Laboratory. 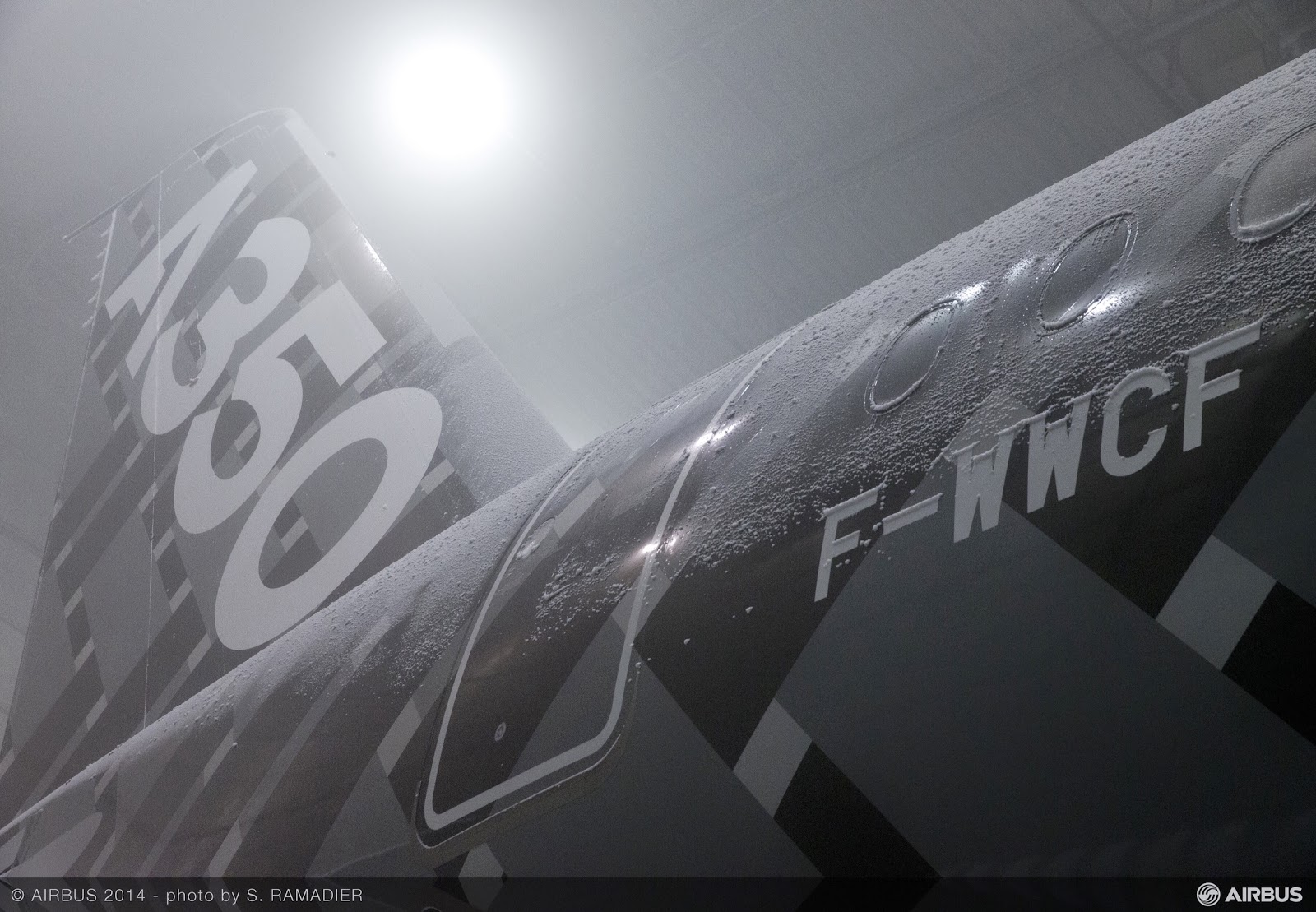 During these weeks at Eglin Air Force Base in Florida, the MSN2 developmental aircraft was subjected to multiple climatic and humidity settings from a high of 45ºC to as low as -40ºC. 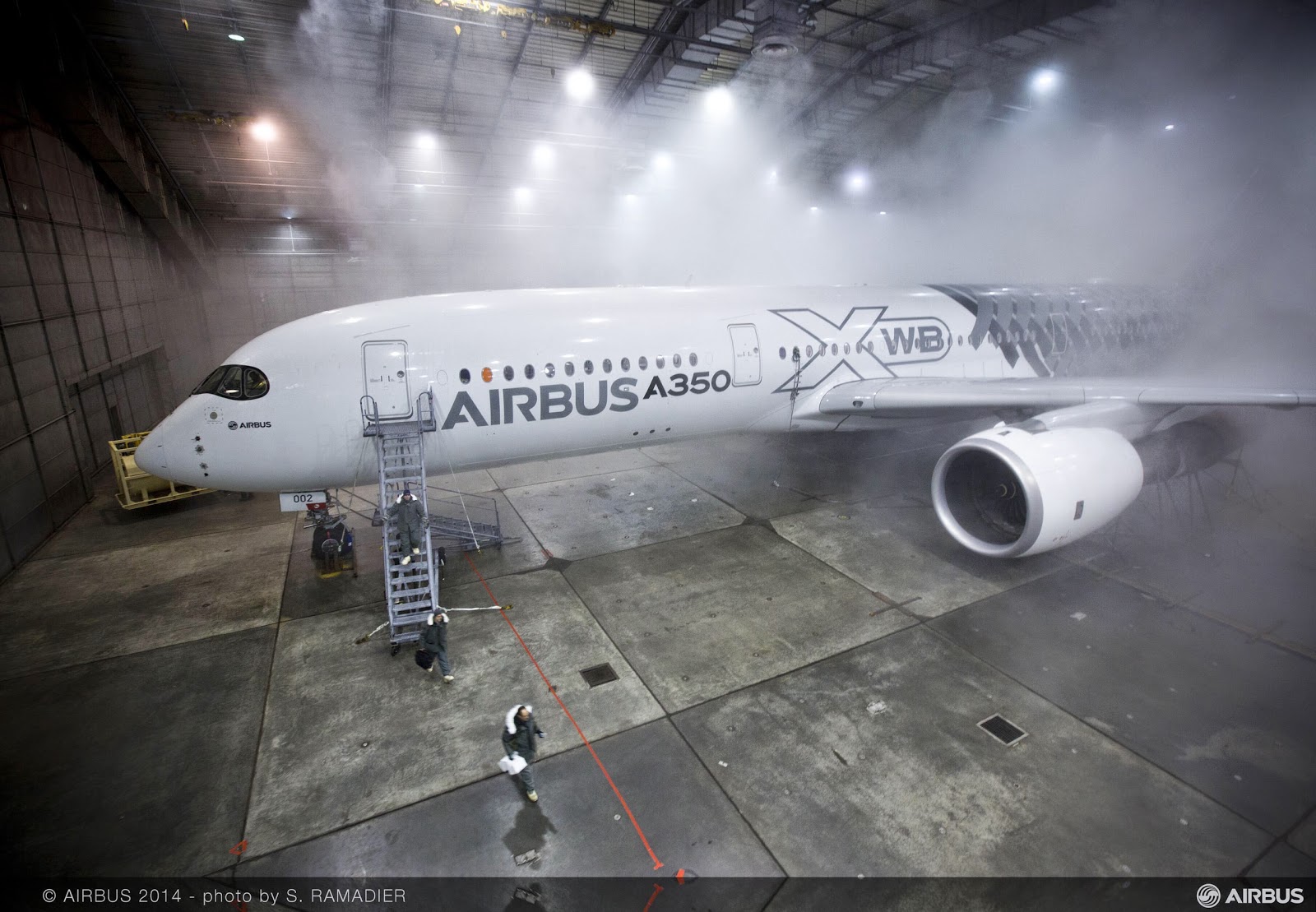 Flight test director Philippe Foucault said the A350 XWB’s various systems – from in-flight entertainment and air conditioning to its galleys, water and waste systems – were validated while the A350 XWB was enclosed in the laboratory’s large hangar. 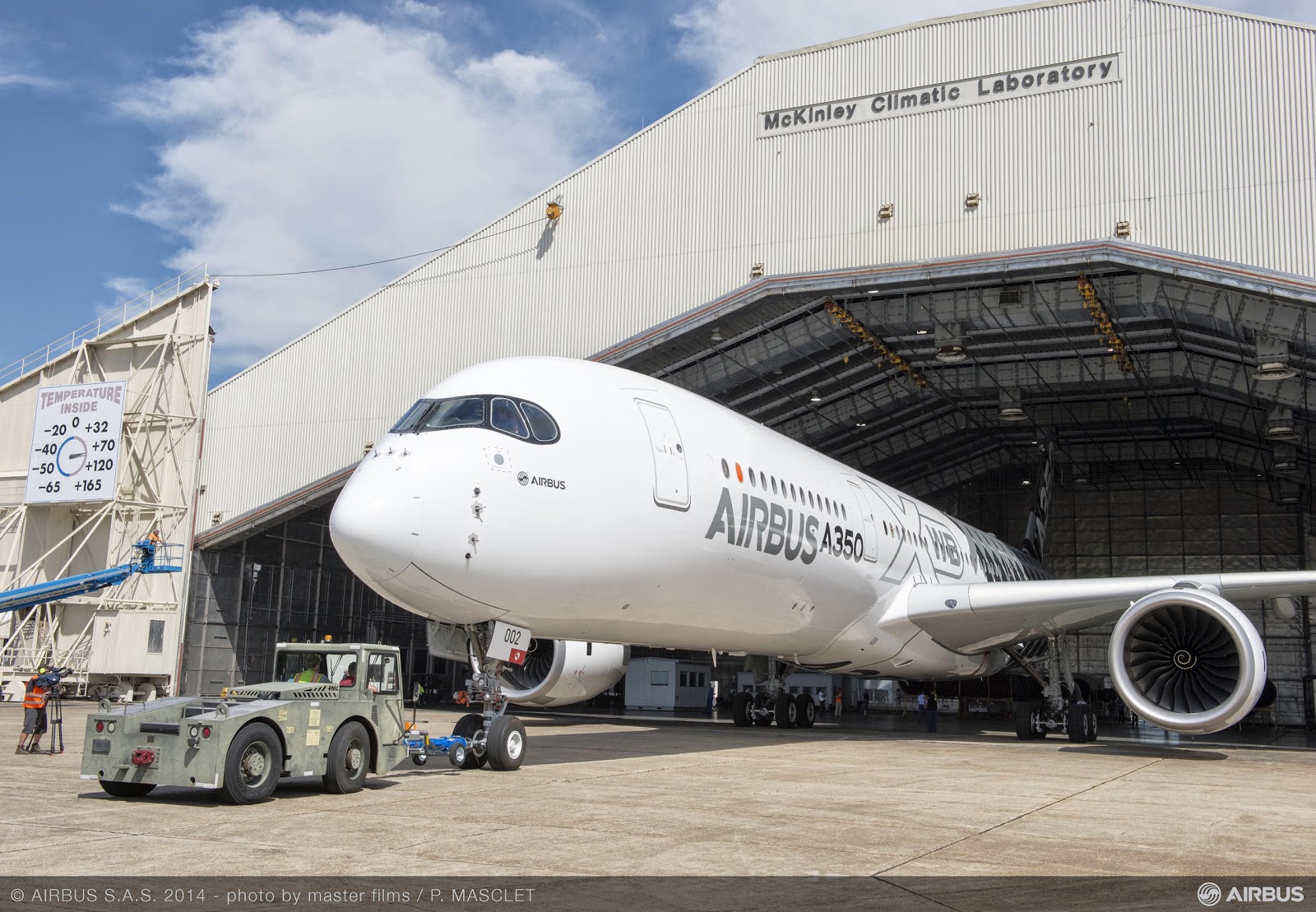 Testing included operations with the engines running, which required the A350 XWB to be securely chained in place. 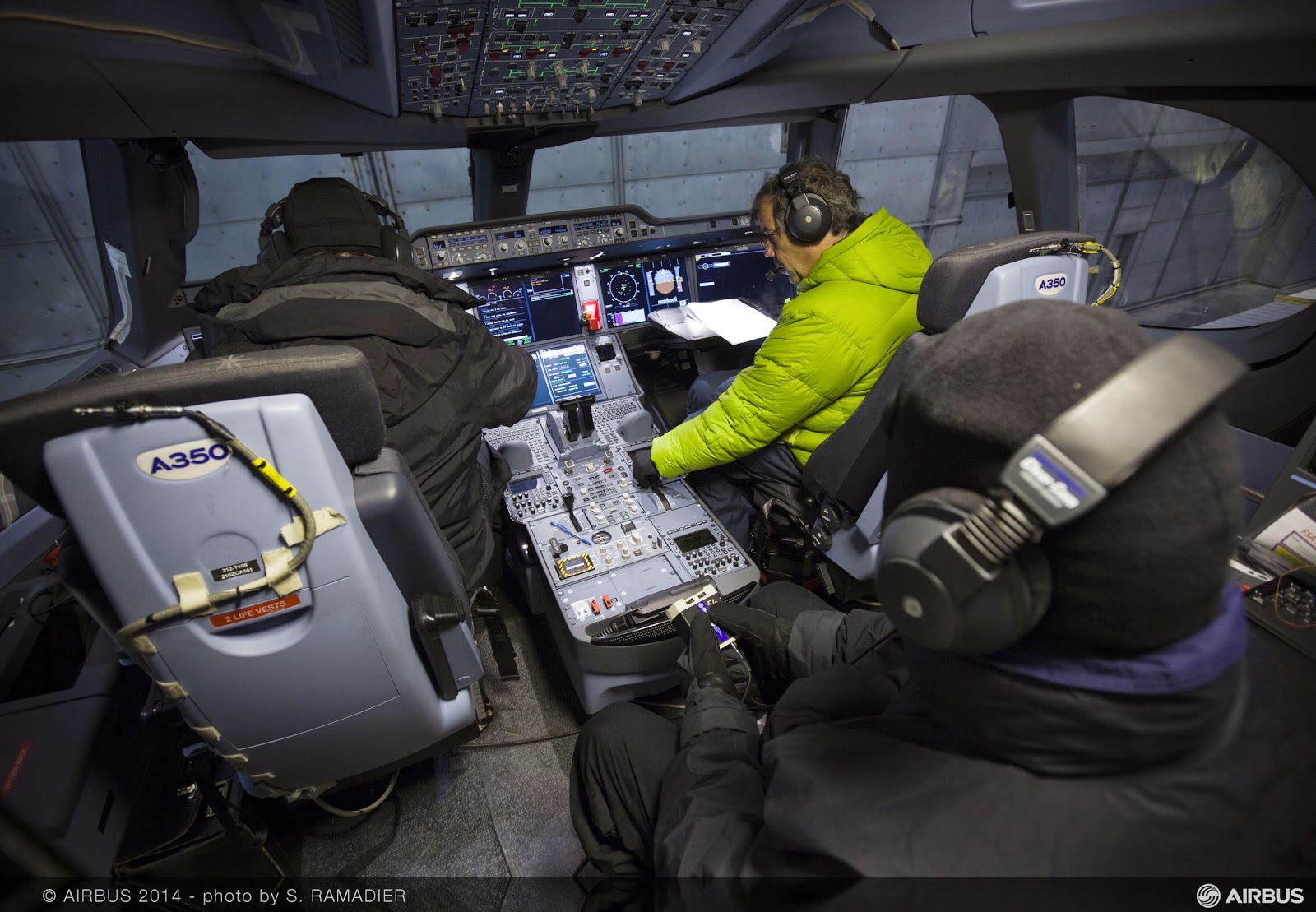 The A350 XWB is one the largest aircraft ever tested at the McKinley Climatic Laboratory, requiring the teams to start their preparations six months prior to arrival.  “This is a one-of-a-kind tool, and the laboratory’s operators are masters of it,” Foucault said. “They made everything seem possible.” 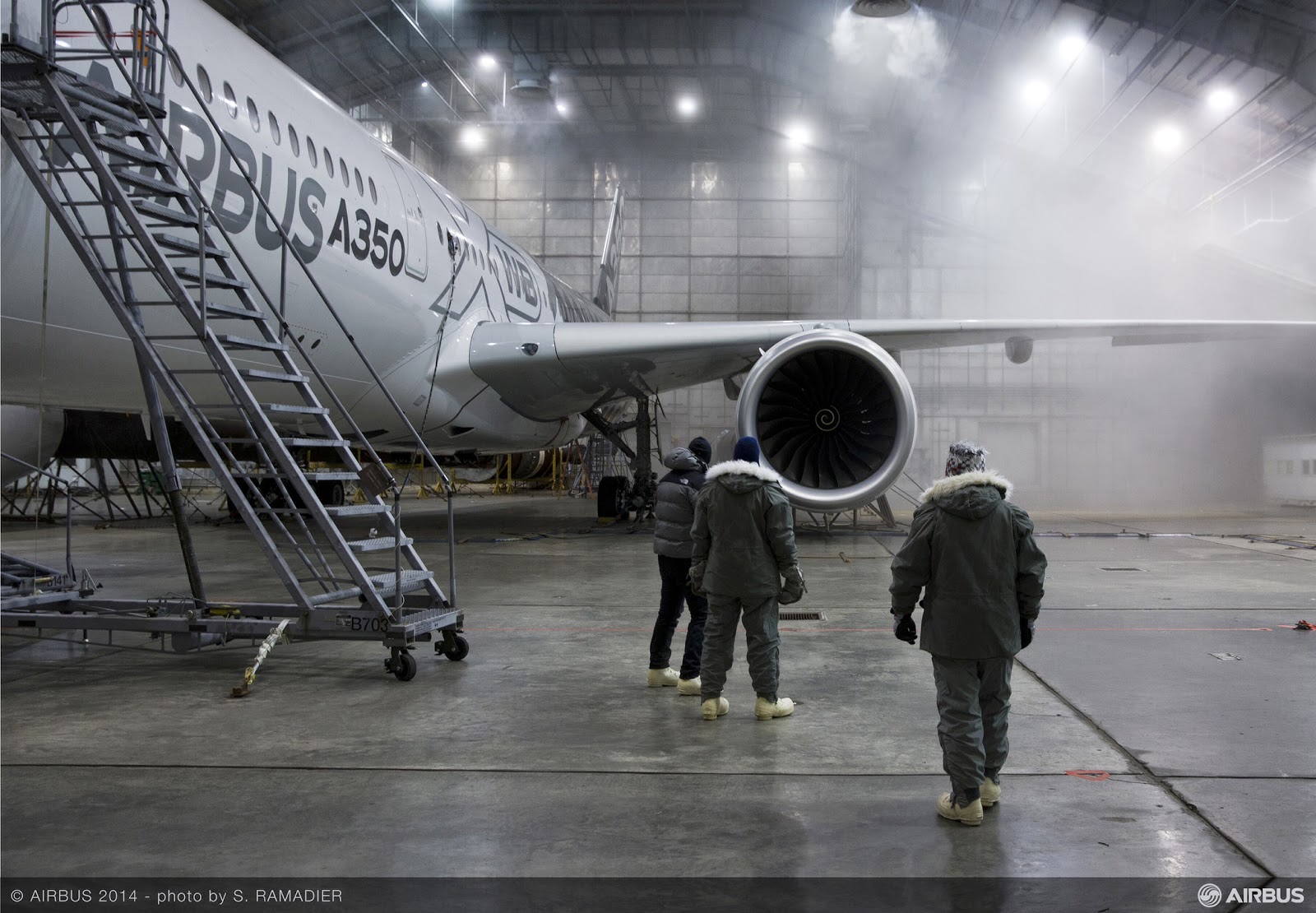 ''Well, we've been looking at running the aircraft systems, the engines, the A.P.U., up to temperatures of 30 to 35°degrees Celsius, making sure all the systems are working, in not only the hot and humid temperature conditions, to simulate the sorts of conditions that we're going to find flying the aeroplane around the world in operational service. Similarly, we've gone to very cold temperatures minus 40°, and run the aircraft systems to make sure the electrics and hydraulic systems are up to the task.'' said Frank Chapman, Experimental Test Pilot 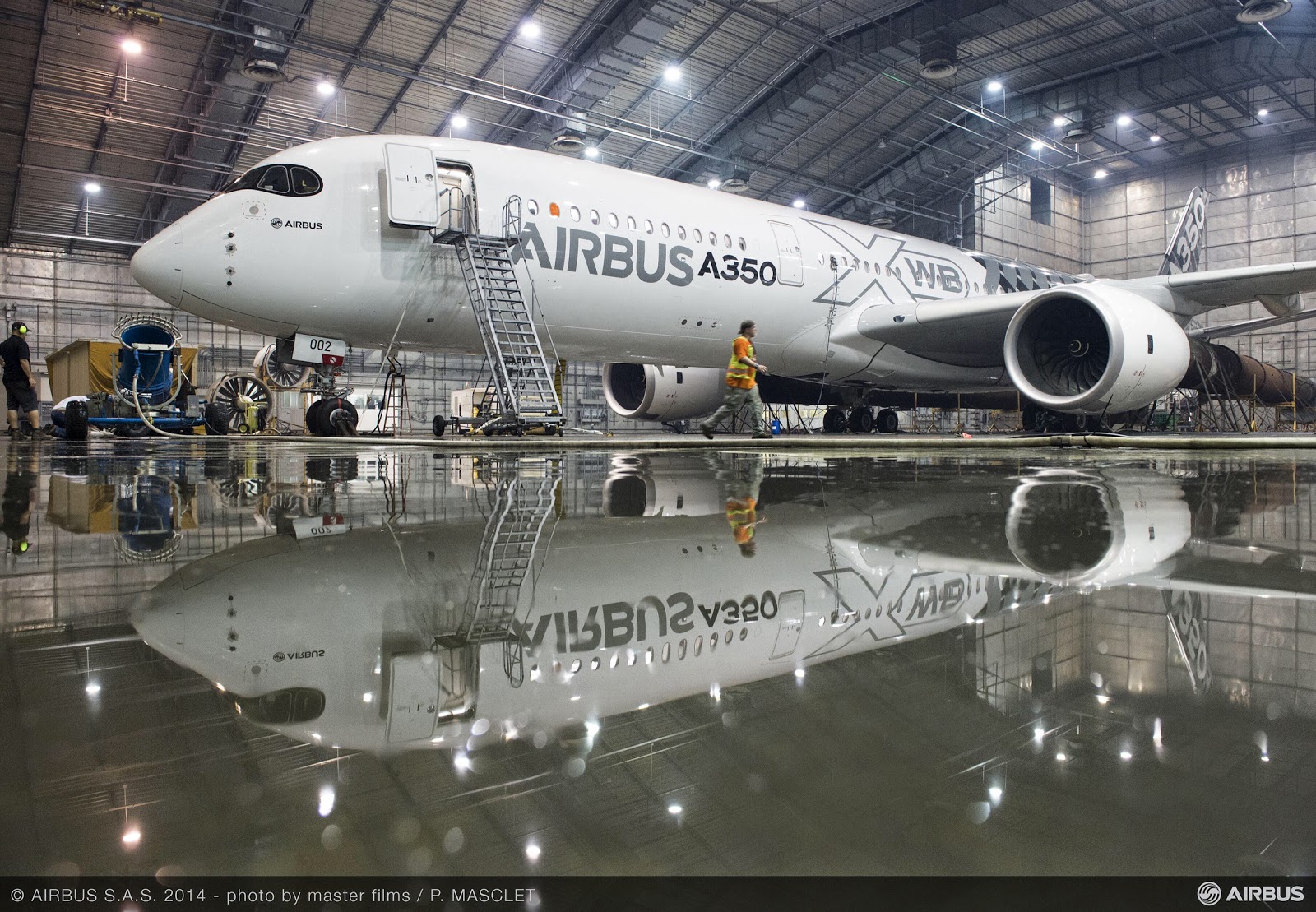 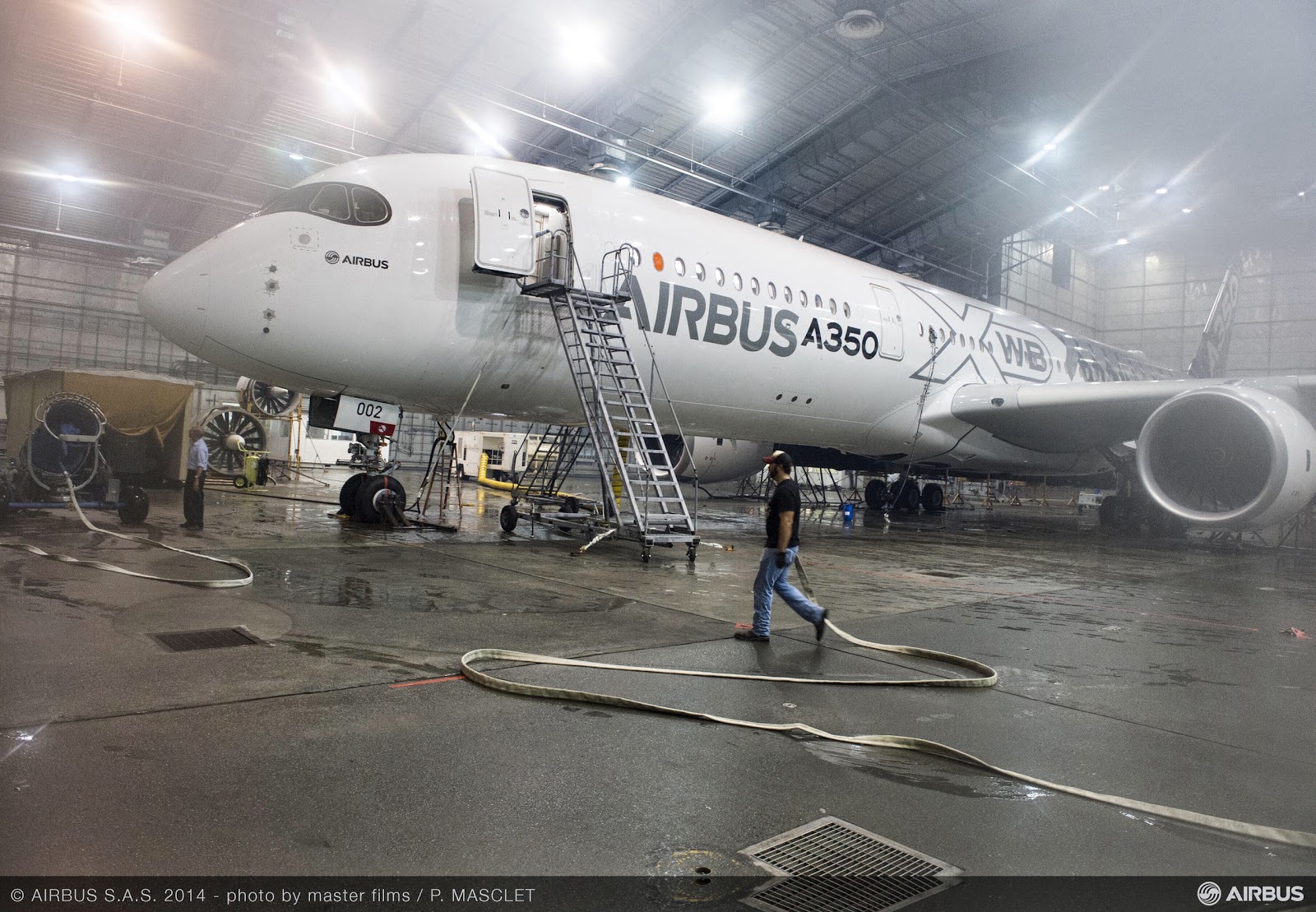 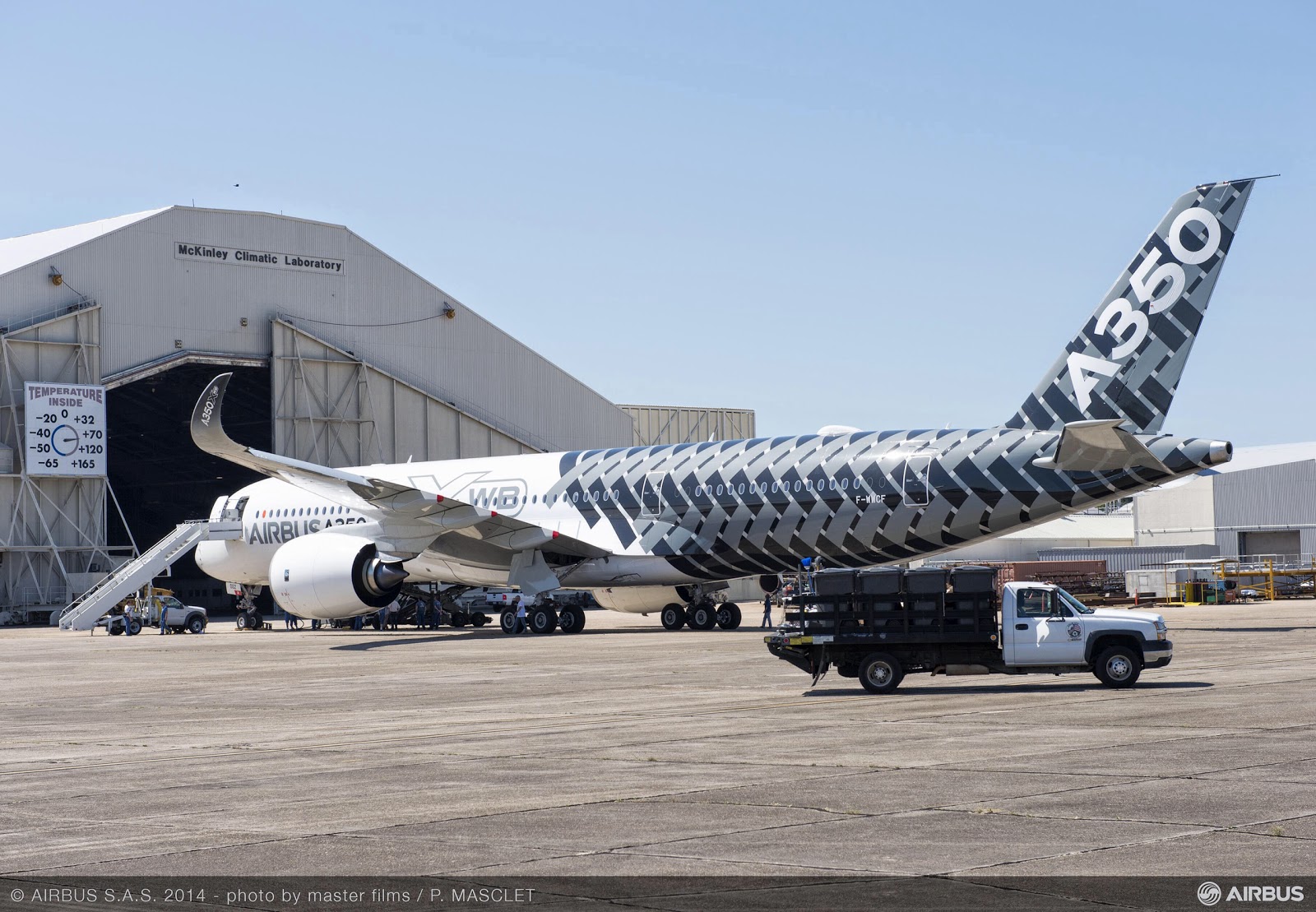