During the Innovation Days held in Toulouse on 12/June, Airbus A350 Head of Program Didier Evrard presented the status of different workpackages and sections of the A350-900 on the pre-FALs in Europe to remark that the target is to be at rate3 by the end of 2014 and that the ramp-up has already started.

Source: FlighGlobal
Considering that in the FAL at Toulouse, the final assembly of the MSN10 has started, this is a summary of the workpackages being assembled in each site: 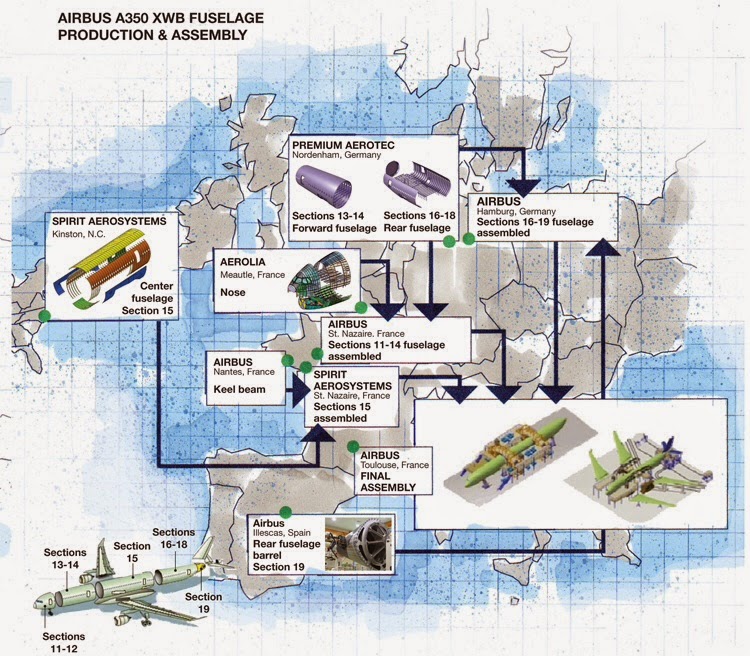 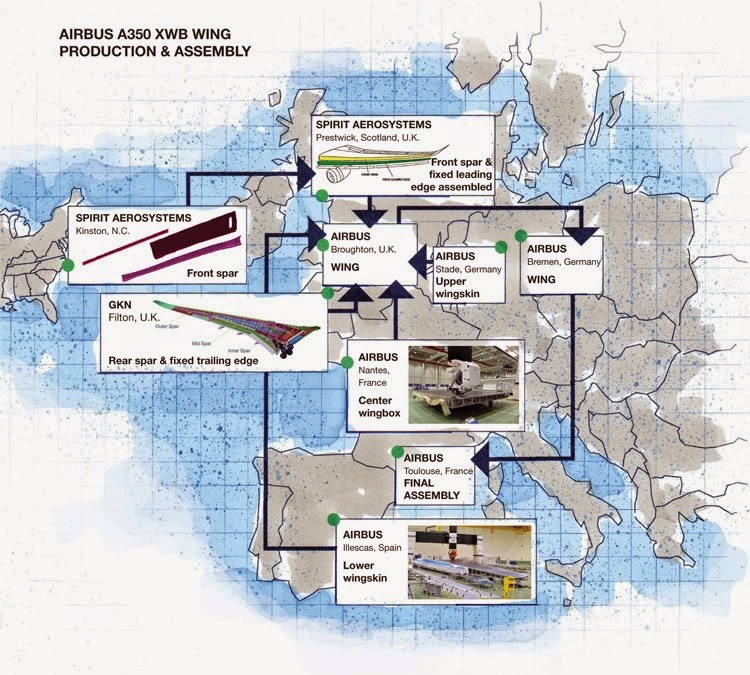 Based on the presentation of Didier Evrard during the Innovation Days available here.