Declarations after the first flight of the A350 XWB 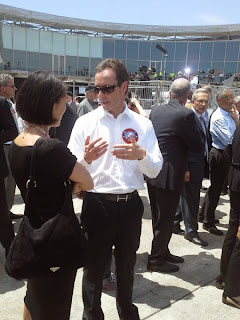 "It's a great day for Airbus and the A350," said Airbus chief executive Fabrice Bregier. "I set this target to fly before the Paris air show nine months ago. It was not easy to achieve. They did it."

Bregier cautions that "what counts is not the first flight" but the certification programme as a whole, which will take about a year.

"When I said 'let's fly before the Paris air show', it was not a given," he says. "People could make it. And I want the same can-do spirit till the very end, meaning the first delivery of the aircraft in the second half of 2014. This is achievable." 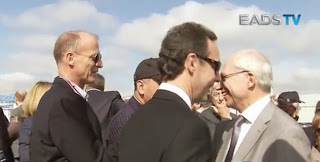 A350 programme chief Didier Evrard says the last few months have been "extremely intense", and adds: "It's not just this aircraft, that's flying, we have already two [other] aircraft in the final assembly line, there is much more in the factories.

"So the industrial journey is now going to accelerate while we complete the technical development of the aircraft." 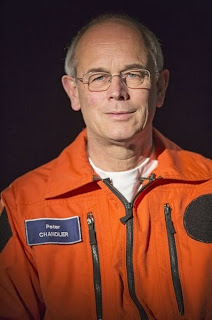 Peter Chandler
The Airbus A350 is undergoing three to four days of inspections before the aircraft’s flight-test program continues. “We will be flying some time next week,” Airbus’s chief test pilot Peter Chandler said after the landing of the first flight in Toulouse. Airbus indicates that the second flight is planned for June 18, if no major flaws are found.


The full flight envelope, including climbing to 43,000 ft., is planned to be opened during the second flight. The decision not to go to the maximum altitude during the first flight was taken last week, because collecting low-speed data at different settings was deemed to be initially more valuable for early upgrades to the flight-control software. 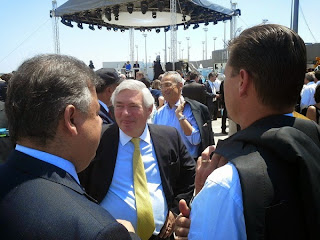 
“The A350 XWB is fantastic and impressive,” said John Leahy moments after the historic takeoff.  “Did you hear how quiet it was?  We’re going to set new standards with the A350 XWB – not just for comfort and performance, but for environmental friendliness as well.” 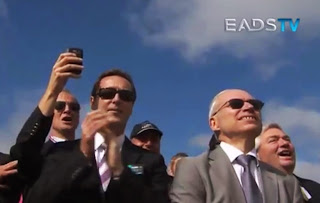