Get Ready. A350 XWB First Flight next week.

pilots need a day when wind is blowing from the west so as to use a northwesterly runway, avoiding flying over Toulouse) the A350-900 MSN001 will take-off around 10:00h from Toulouse.
All Airbus employees based at Toulouse will join the milestone in the special viewing spots at Blagnac (H10), Saint Martin, Clément Ader/Louis Breguet and  Jean-Luc Lagardère to watch live the take-off and landing on site. 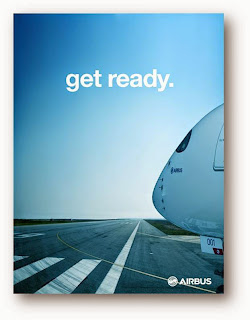 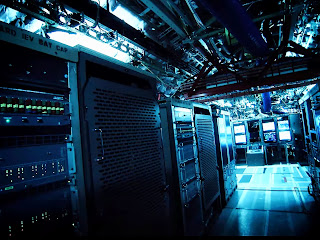 For the first flight, “we start in the middle of the envelope” in terms of speed, center of gravity and other parameters such as altitude”, an A350 project test pilot Chapman explains. The take-off and initial phase of the flight will be performed in direct law with the flight control computers disconnected.
Chandler and Magrin are planning to take the aircraft to an initial altitude of 10,000 ft. and a speed of around 200 knots. “They then look at gear retraction,” says Chapman, who will be cooperating with the crew of a chase aircraft that is monitoring the MSN001’s process. 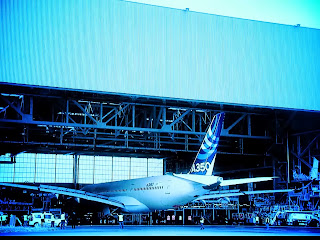 Once the gear has been successfully retracted, Chandler is planning to switch on the flight control computers and push the speed up to the higher end of the range and go up to 25,000 ft. 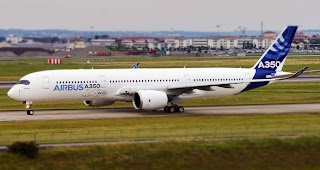 High speed and high altitude testing is to be performed at up to 43,000 ft. before approach and arrival preparations are begun. The aircraft is then to make a fly past over the runway at 1,000 ft. before returning to the field for landing.

The flight will also be the first chance to study behavior that no simulator or wind tunnel has so far been able to predict, such as the airflow at slow speeds near the ground.

Chapman says a thorough evaluation of flight data will be conducted. “We won’t do the second flight until we understand what has happened and why,” Chapman says.

A dozen flights should be enough to give a verdict on basic performance, but at least 2,000 hours of development and safety certification tests lie ahead before the A350 can enter service.
Airbus plans to introduce more pilots to A350 flying quickly, but over the first few weeks it will only by a group of four. Eventually all 20 experimental test pilots will participate in the campaign. 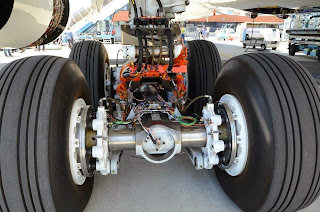 On the A380 maiden flight in 2005, the gear failed to retract properly

Airbus has been considering an A350 flight display at the Paris air show, but Chapman cautions that pilots and engineers need to be fully comfortable with doing that and authorities must agree, too, to flying a test aircraft over Paris.

Based on the article “Airbus In Final Preparations For A350 First Flight” published in AviationWeek.
Posted by Blogjfa at 9:53 AM