Rotating the test crew in the 2nd flight and increasing the confidence in the 3rd long-flight test.

The 2nd flight test was made on 19/June and was the first time the A350 XWB flight over open-sea in the Atlantic coast at La Rochelle. The A350 MSN001 cleared the full envelope on a mission that lasted more than 5 hr. The aircraft climbed to 42,000 ft. and reached Mach 0.89, its maximum cruise speed, as well as its maximum angle of attack in normal law 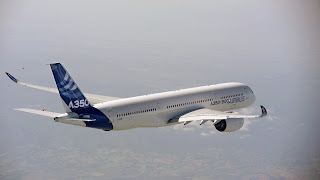 There were 2 changes to the flight crew:

Airbus is rotating their test pilots&engineers around even from second flight. The team that will fly the A350 flight test aircraft fleet (5 planes) is composed by more than 20 members.

There were 3 take offs; 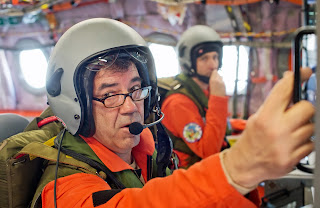 The 3rd flight test lasted for 8 hours and 44 minutes (from 10:49h  to 19:33h) and it was flying over Le Bourget Air Show on 21/June at 13:32h (just before starting the flight display with the French Acrobatic Patrol) 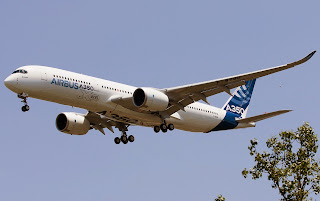 The confidence of the test crew is increasing as the parachutes, helmets and orange flightsuits were not worn for the 3rd flight. 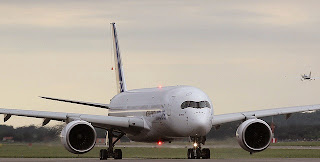 Once again, the crew was changed for this flight; Guy Magrin came back, joining Peter Chandler and Pascal Verneau in the flight deck. The flight test engineers consisted of Emanuele Costanzo (engine test engineer who also flew on the 1st and 2nd flights), Didier Ronceray (who flew on the second flight) and Tuan Do. 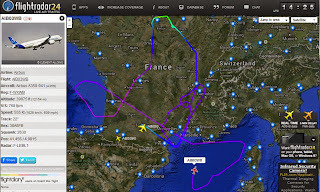