A350 completes the cold weather tests and returns quickly to Toulouse because it was not enough cold ... and to avoid a winter storm at Iqualit, Canada


Airbus’ A350 XWB MSN3 development aircraft with a team of 48 Airbus specialists has completed cold weather trials at Iqaluit, Canada. Temperatures reached down to -28°C. The scope of the trials included: APU and engine starts after cold soak; verifying system behaviour; low-speed taxi and rejected take-offs. 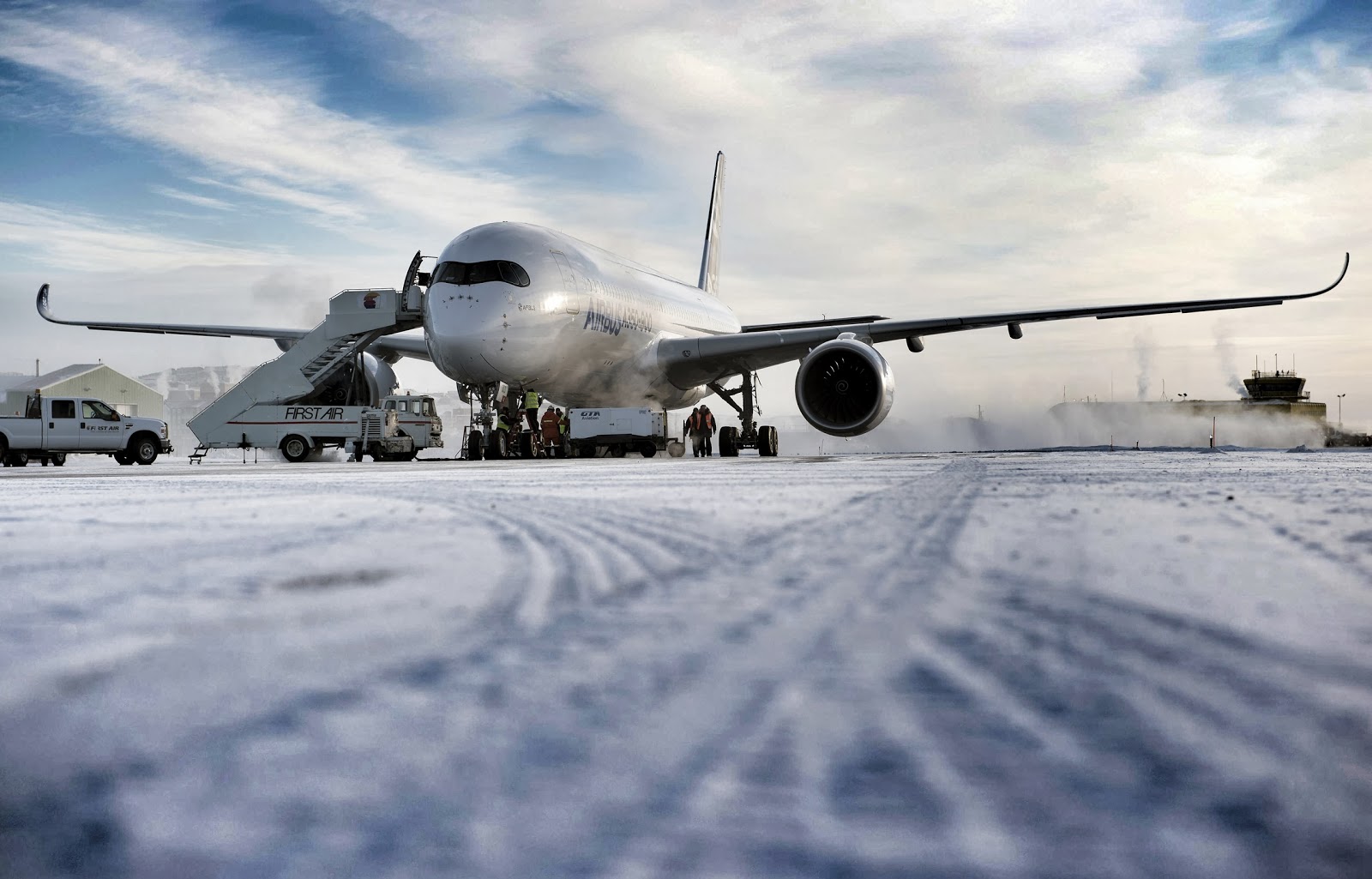 It also performed a local flight as planned. 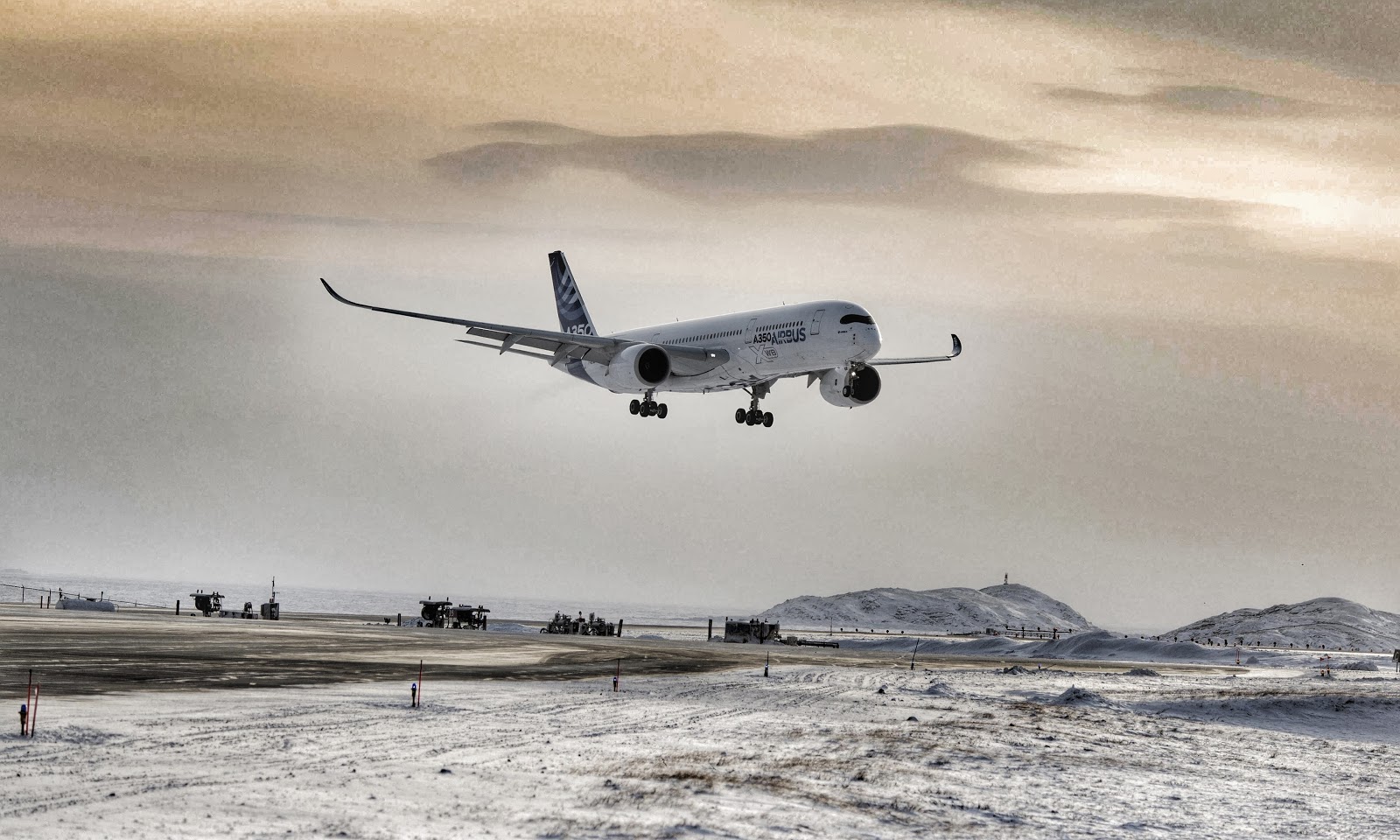 That was more than 7 degrees too warm to continue any further, and the crew of 48 engineers, mechanics and test pilots had to pack up and return to base in Toulouse, France. 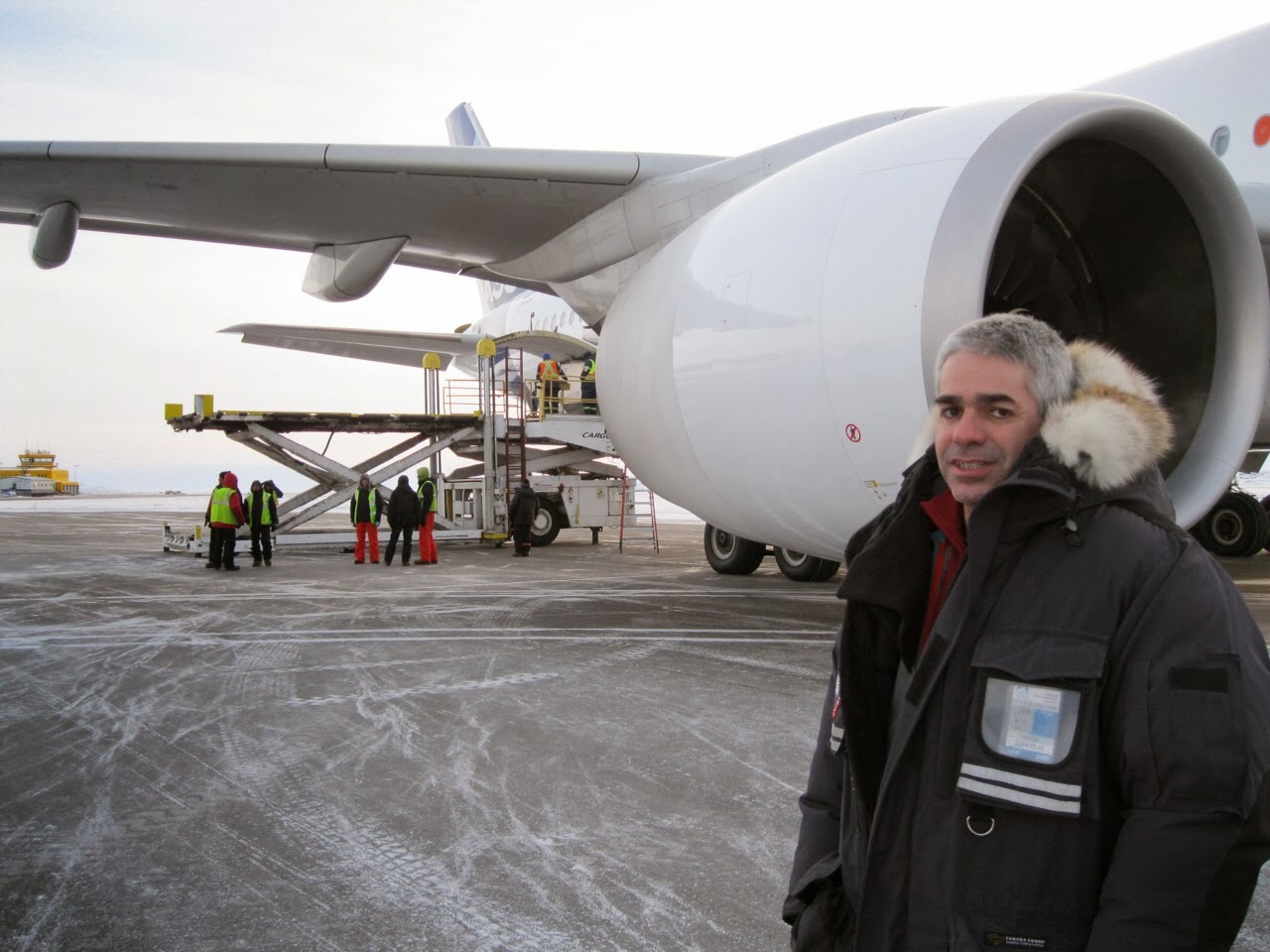 
“If we stay one night we’re going to lose time,” flight operations manager Pedro Dias said at the start of an unseasonably mild Sunday afternoon.

“We have other flights to perform just after, so if we can save one day, it’s better to save it in Toulouse than in Iqaluit, because we’re not going to work.”

Warnings of an incoming blizzard (wind speed more than 125km/h), expected to hit Iqaluit in the next 12 hours, were not the deciding factor, Dias said. 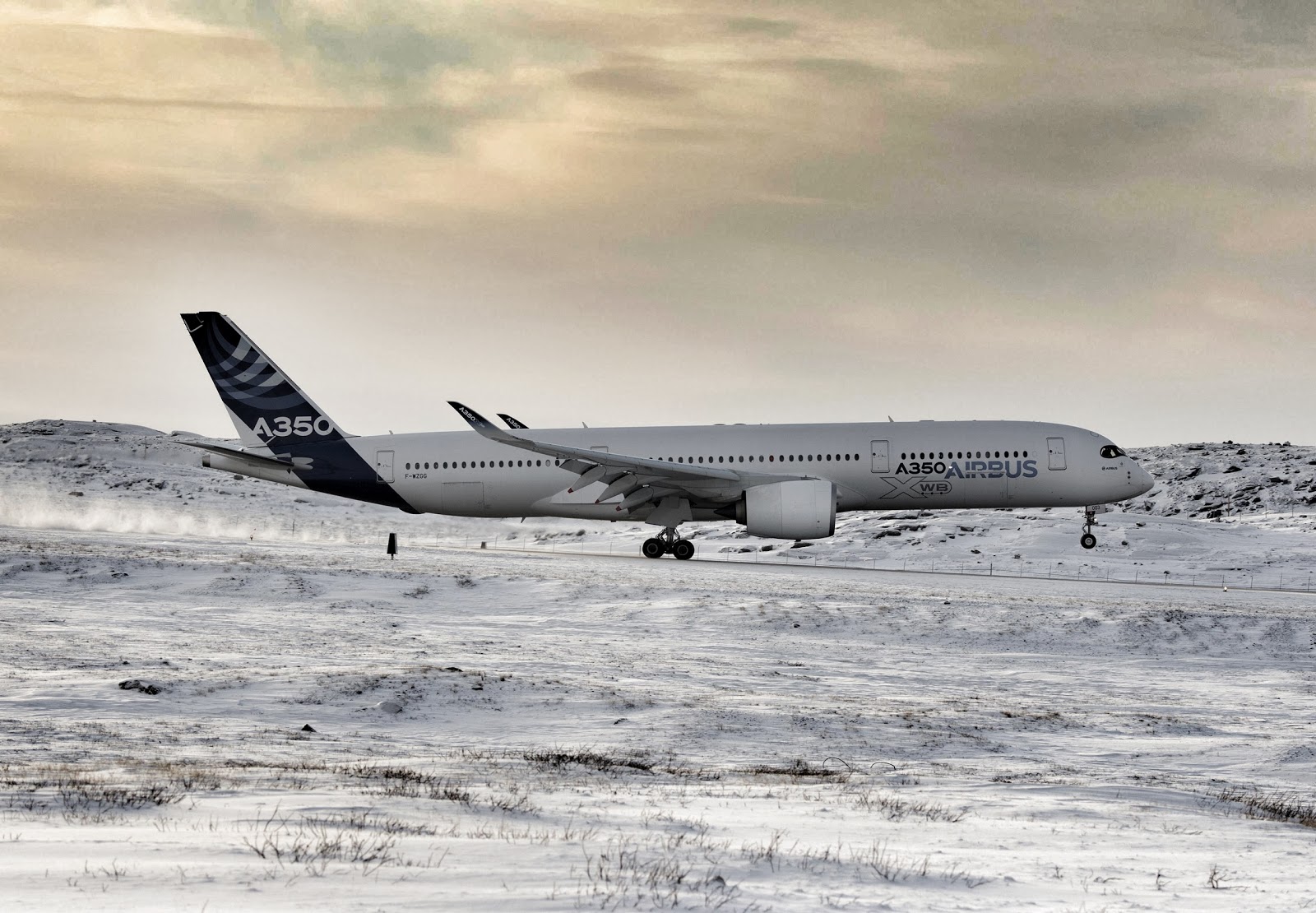 Flight test engineers decided all mission objectives were covered by day three of the mission, after two full days of work at ideal temperatures measuring -25 and below. 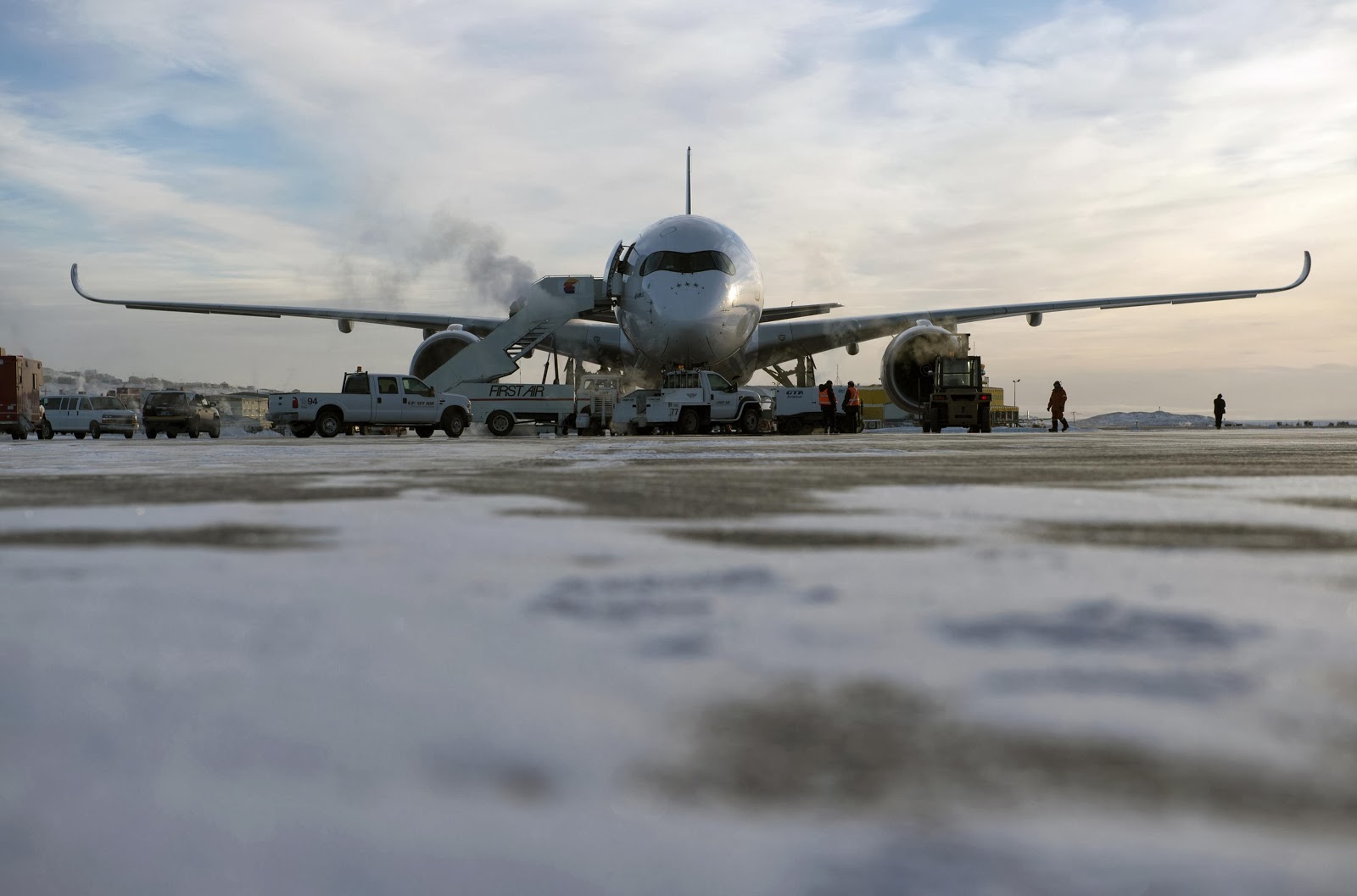 With that, the international crew gathered boxes and bag loads of equipment and personal effects at the airport’s forward base operation facility in the afternoon, and reloaded the plane for departure. And off they went, Europe-bound, at around 5:00 p.m.

Based on the press release "A350 XWB MSN3 completes cold weather testing in Iqaluit Canada" and on the article " Airbus crams Iqaluit cold-weather tests into one short weekend" published in Nunatsiaq online.