Russia remains a key Airbus strategic partner for both commercial and industrial reasons. The region has a long history in aeronautics and is among the most important civil aviation markets in the world.
Aeroflot will became the first Russian airline to operate the A350 XWB Family (it has an order for 18 A350-800 and 4 A350-900) and currently operates the biggest Airbus fleet in the region, with over 100 aircraft. They have another order for 22 787-8 plus 16 777-300ER.

Airbus has a regional office in Moscow to cover sales, marketing and public relations, as well as to develop cooperation projects with the Russian aviation industry and provide on-the-spot airline support.
In addition, the Airbus Engineering Centre in Moscow (ECAR) – which currently employs some 200 engineers – is involved in all Airbus programs. The centre is celebrating its 10 year anniversary in 2013, proving to be a model of success for Airbus’ globalization strategy. Equipped with state-of-the-art equipment, ECAR performs extensive work in disciplines such as fuselage structure, stress, system installation and design. The centre is currently involved in the A320neo Sharklets design development as well as numerous design works on the A350 XWB. 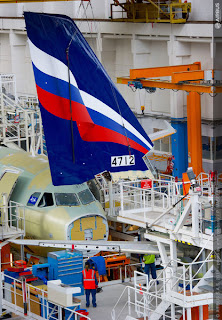 For more than 20 years, Airbus has been successfully developing cooperation with the Russian aviation industry, with both sides demonstrating the will to build a long-term mutually beneficial partnership.
Switzerland’s Liebherr Group has announced plans to build a plant in Russia to produce construction machinery and aviation equipment. The project is estimated at $250 million. Liebherr  and the local Hydromash company will supply Airbus with components for the A350 XWB nose landing gear. 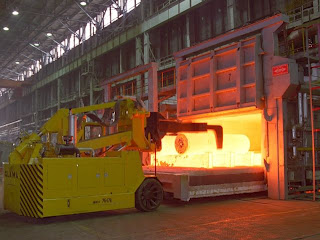 The purchase of materials was one of Airbus’ earliest activities with Russian industry. VSMPO-Avisma is a key titanium supplier to Airbus, delivering today over 60% of the company’s demand for this material. VSMPO-Avisma is a major supplier of titanium forgings for the main landing gear on the A350 XWB and A380.

In the A350 XWB program, Russian manufacturers limited their involvement purely to subcontract work. “They decided not to bid at the tier-one risk-sharing level” said the A350 chief engineer Dougie Hunter in 2005. “They wanted to be at tier two, with someone else taking design responsibility.” 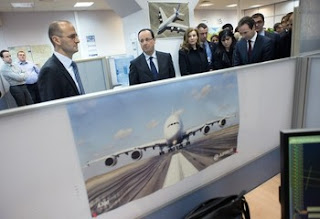