In 2012 Lufthansa's group fleet decreased by 9 aircraft, to 627, from the previous year but the company has deployed larger types to keep capacity stable. The group is intending to introduce 34 new aircraft to the fleet this year, and had previously said it was preparing to order another 108. 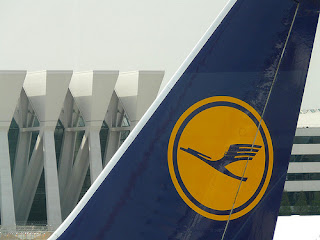 "Ongoing modernization of the fleet as well as strict capacity management were of great help in maintaining competitiveness last year," says Lufthansa Group. "236 new aircraft are currently on our order list". 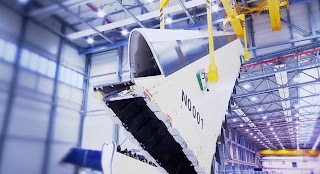 The Vertical Stabilizer is assembled in Stade (Germany)


Lufthansa is seeking to unify standards for engines and cockpits across its group of five airlines to boost purchasing power; the aim is to find a common denominator to place one single order and negotiate more favorable terms and conditions for aircraft. In its long-haul fleet, Luthansa will pare down its 6 aircraft types -in 16 different versions- to 4 aircraft versions.


Lufthansa is emerging as one of the possible launch customers for Boeing’s proposed 777X. The airline is including the aircraft in its long-haul fleet evaluation that is to be decided later this year. The carrier is looking at the Airbus A350-900/1000, more Boeing 747-8s and the 777X, company sources say. The 787 is not under consideration as it is too small for Lufthansa’s requirements.

Lufthansa Group is the Airbus´s largest airline customer, with a total of 532 aircraft ordered and also Airbus’ biggest operator worldwide with 385 Airbus aircraft currently in service. These include: 271 A320 Family, 41 A330s, 63 A340s, and 10 A380s.