In the last week´s JEC Composites show in Paris, Hexcel provided details of its work on the Airbus A350 XWB, which takes carbon composites to a new level and represents the largest contract in the company’s history, with overall revenues of between $4-5 billion.
Hexcel’s total content on each A350 XWB is now worth over $4 million and it secured the contract by developing a complete composite proposal, including carbon fibre prepreg and associated products.


The company’s experience in intermediate modulus carbon fibres was exploited to design HexTow IMA to Airbus requirements and HexPly M21E prepreg resin matrix developed to ensure that the very high performance properties in the fibre are fully optimised in the cured prepreg laminates. 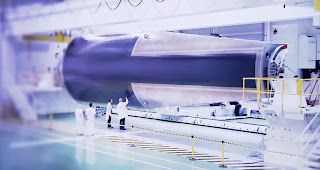 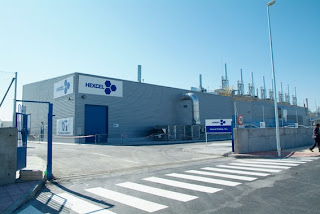 Click the image to watch the video of  Hexcel @ A350 XWB


With the resin film manufactured in UK, the UD prepreg is converted at Hexcel facilities in France, Spain, Germany and the USA from where it is supplied to nearby Airbus facilities and the Tier 1s throughout Europe and the USA.