Next battle between A350 and 787 will be in Australia.

Virgin Australia expects to choose between the Boeing 787 and the Airbus A350 by year’s end, anointing one of the fuel-efficient aircraft as the big birds in its post-2017 fleet.
But despite the well-documented woes of the Boeing 787 that remain grounded worlwide, Virgin Australia CEO John Borghetti says the Dreamliner remains a contender for Virgin’s future fleet.
“It hasn’t dented my views on how good I think the 787 is” Borghetti said. “I think the 787 is a wonderful airplane, just as much as I believe the A350 will be.” 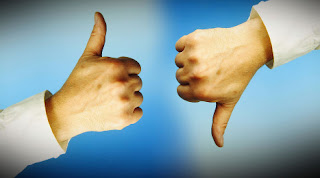 Borghetti says the Boeing-or-Airbus question “will be more an end-of-year decision”, despite indicating in August last year that “sometime within the next 12 months we’d like to make a call.”
“We don’t have to rush into this” Borghetti stresses. “We’re talking about fleet composition beyond 2017. Admittedly we have to make a call soon, but we’ve still got a year or so up our sleeves.” 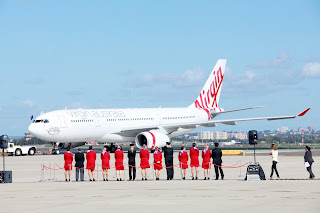 Whichever of the two next-gen jetliners gets the nod, it will take over from Virgin Australia’s current mix of Airbus A330s and Boeing 777s, which respectively fly on the transcontinental coast to coast route as well as internationally to Los Angeles and Abu Dhabi, the hub of partner Etihad.

Based on the article “Virgin Australia’s big call for 2013: Boeing 787 or Airbus A350?” published in Australian Business Traveller.
Posted by Blogjfa at 6:28 PM