French Tier1 Daher-Socata issues the strategic plan “Performance 2017” assuring on-time deliveries, preparing for the ramp-up and targeting an increase of a 60% in the turnover.

French aerostructure specialist Daher-Socata appears determined to reduce lead times in an effort to accommodate demand from OEMs. It predicts its ongoing production rate increases will contribute to a major jump in revenues, as outlined in Daher’s recently announced “Performance 2017” strategic plan. 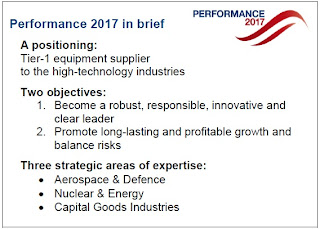 “Performance 2017” calls for a turnover increase from €925 million in 2012 to €1.5 billion in 2017. Aerospace and defense activities, under the Daher-Socata brand, account for 60% of the group revenues. Daher-Socata CEO Stéphane Mayer expressed confidence that growing demand from Airbus and other airframers will help the company attain its “Performance 2017” goals. However, meeting delivery schedules has proved challenging. 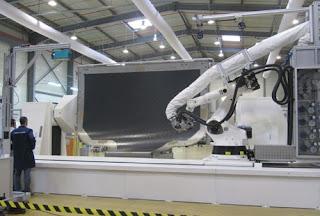 “We are implementing a plan, following Airbus’s and other customers’ recommendations, to improve our delivery performance,” said Mayer. Daher-Socata has already made significant progress over the past 2 years, as on-time delivery rates improved to between 95 and 97%, according to Mayer. “We are investing in monitoring our supply chain,” he added.

Difficulties also sometimes arise with new technologies. For example, it took longer than expected to reach peak efficiency in producing some fasteners that the company started delivering last year for the Airbus A350 XWB. Made of thermoplastic composites, initial examples arrived at Airbus’s factory late. This year, Daher-Socata has committed to delivering fasteners, landing-gear doors, air intakes and engine pylons for 5 A350s (as per the article in AIN). 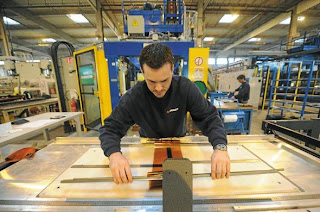 The company has decided to move away from a previous trend in which it outsourced aerostructures work to countries with low labor costs. “Delivering on time is paramount; if your low-cost partner has problems and you have to send a go-team to solve them, the bottom line will not be that cheap,” Mayer emphasized. He cited a bad experience with Mexican production of low-pressure ducts. Nevertheless, Daher-Socata maintains suppliers and even a factory in such countries.

As part of its expansion plan, Daher-Socata aims to become a tier-one supplier for Boeing. “If I am ambitious, I say we will succeed by 2015,” Mayer said. He would also like to secure Bombardier as a customer at last, he added. While Daher-Socata hasn’t identified any particular acquisition target, a supplier that already works for Boeing or Bombardier might prove a nice fit, Mayer said.
Some months ago Spanish Tier1 Alestis, who is also working for Boeing, Embraer, Dassault and Sikorsky, was temporarily hand over by Airbus and it was reported that it could be sold to another Tier-1 with enough financial capacity. Alestis won to Daher-Socata during the A350 plateau phase on the summer of 2008 the Belly Fairing workpackage.