Women at the Top: Saint-Eloi and Illescas centers of excellence for A350 XWB are managed by two experienced women

Marie-Laure Roux  was the first plant-manager in Airbus when she was nominated in 2011 as Head of the Saint-Eloi factory in Toulouse.

"Since then, another woman was appointed to the head of the factory of Illescas in Spain and has therefore joined me the club of Factory-Directors" said Roux. 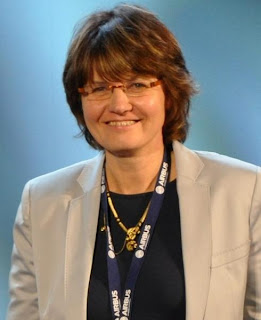 And these two sites are both top technological showcase factories involved in A350 XWB Program; not only manufacturing plants but centers of excellence.

The site of Saint-Eloi was elected best factory of France in 2011. Located in the heart of the District of the Minims, the factory is a global centre of excellence for Airbus. The specialty:Pylon manufacturing for the whole Airbus family, including the A350 XWB pylon. 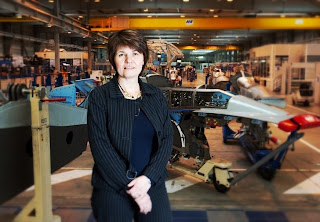 The A350 XWB complements the launch of the A320 NEO. "My task is to ensure the ramp up of the production rates, deliver on time and in quality to the assembly lines and launch the NEO. And as we do not have too much space in Saint-Éloi, we must constantly challenge us" she explains.
The optimization of space is indeed paramount. After the creation of a mobile production line which saves valuable time in the production cycle, Marie-Laure Roux must do all the Airbus programmes flows. 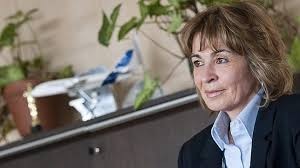 Teresa Busto is from 1st of January 2013 the new Head of Illescas site in Spain. She was from 2008 until 2012 the head of  manufacturing engineering of composite materials and metal parts, leading a transnational team with offices in Nante, Stade, Getafe, Saint Eloy and Illescas. She joined CASA in 1987, will be the first woman to direct an Airbus plant in Spain.

Illescas is Airbus’ Centre of Excellence for composite materials in Spain. In this site, and additionally to other critical parts for A320, A340 and A380, it is manufactured for the A350 XWB the biggest carbon fibre part ever produced in civil aviation; the wing lower cover, that measures approximately 32 metres long by six meters wide.

Based on the article “Marie-Laure Roux, la dame de Saint-Eloi” published in La Depeche
Posted by Blogjfa at 6:20 PM