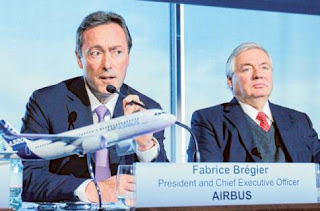 “I could sell many more if I had the production slots,” Airbus sales chief John Leahy said. “I’m lobbying internally to increase -1000 production.” Today he has almost sold out for the first three years of production.
Less than a year ago, Airbus was struggling to secure orders for A350-1000  as airlines decried the plane as flawed. Now the company is trying to figure out how to meet resurgent demand. 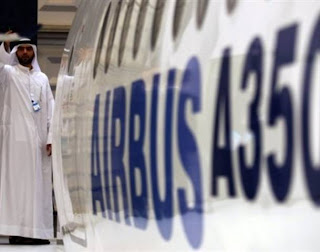 British Airways - the first European customer for the A350-1000- commitment to buying 18+18 aircraft, gets more than doubling the European aircraft maker’s backlog for the model in less than a year.
The turnaround comes after Etihad Airways last May canceled 6 A350-1000s, shrinking Airbus’s backlog to 62 orders on a plane that had failed to pick up a new customer for 4 years. Airbus staged a comeback 2 months later following a redesign, with Cathay Pacific Airways adding 26 jets to its fleet, a move followed by Qatar Airways, previously among the most vocal critics of the plane, which seats 350 passengers. Demand is being driven by airlines looking at long-term replacement of 777-300ERs, Leahy said. Boeing’s bestselling wide-body aircraft, which seats 365 passengers, has been in service for 9 years, and Boeing executives are weighing a revamped version by the end of the decade, dubbed the 777X, that would be capable of rebuffing the A350 threat.

“The engineering data is now becoming available that is giving carriers some comfort the Airbus airplane is there,” said Howard Rubel, a New York-based analyst at Jefferies Group Inc. “British Airways took some of the early planes and Boeing’s solution is a couple of years beyond that.”

Airbus plans to begin delivery of the A350-1000 in 2017 after it altered the design to add payload and range to help compete more directly with the 777-300ER. 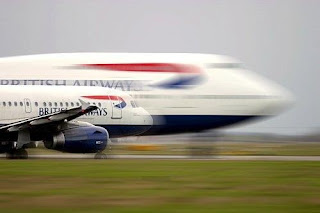