Lufthansa will buy at the end of the year “several dozen” of long-range aircraft. A350 XWB is under an exhaustive technical analysis, jointly with the 787 and the 777s.

Weeks after approving $12 billion in plane orders with 100 A320´s and 2 A380s , Lufthansa is studying a further purchase of "several dozen" long-distance twin-engined jets as it continues to modernize its fleet, a senior executive said last week.
"We have addressed the large-capacity single-aisle requirement and also have the top end of the spectrum with the A380 and 747-8 pretty well covered," said Nico Buchholz, executive vice president of group fleet management.
"We will be focusing next on the 200-300 seat segment with the aim of making a decision by the end of the year," he said. 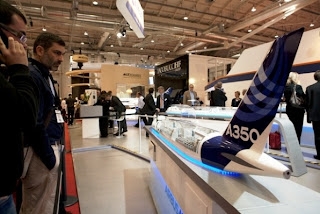 "The total size of our fleet operated in that segment is around 100 aircraft. We wouldn't replace all of them at once. We are always conservative with our orders and don't like to overcommit," he said in an interview on the sidelines of an AFCA air finance conference.
Lufthansa's options include Boeing 787 Dreamliners, Airbus A350 XWB and Boeing 777s for the order, which is likely to be fiercely contested between Boeing and Airbus. 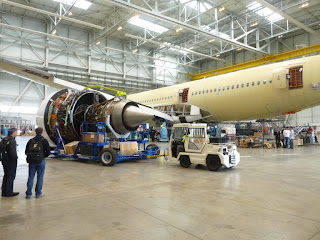 "We have not yet decided how many aircraft would be involved," Buchholz said, but agreed with a suggestion it could be "several dozen" jets.
The Lufthansa group, which includes SWISS and Austrian Airlines, has a reputation for exhaustive technical analysis. It is the Airbus´s largest airline customer and Airbus’ biggest operator worldwide with 385 Airbus aircraft currently in service. But Lufthansa is emerging as one of the possible launch customers for Boeing’s proposed 777X.