Japan´s ANA says to Boeing that the A350-1000 is a good candidate to replace 777s. Compensation on 787 grounding starts to be negotiated.


Japan's All Nippon Airways considers the Airbus A350 a "good candidate" to replace some Boeing 777s, its chief executive said, in a sign that the airline could place its first order for Airbus big jets. 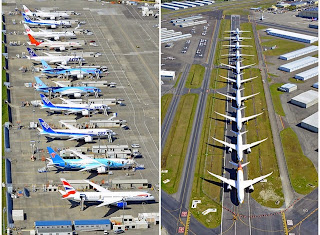 787 grounding has oppened some eyes in Japan

"The A350-1000 can be a good candidate for us," Osamu Shinobe said on the sidelines of an airlines conference. "It is realistic to consider this as a replacement for the 777. In the near future, when we look at the replacement candidates, this can be a very good and strong candidate." 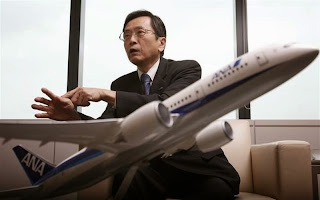 Japanese airlines have long been considered a fortress for Airbus's US rival Boeing. Japan Airlines is also considered a candidate to buy the Airbus A350-1000. 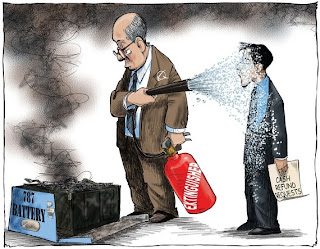 Boeing is offering a revamped version of its best-selling wide-body jet, the 777, but so far ANA is not "aggressively" looking at the so-called 777-9X upgraded model, Shinobe said.

The decision will not be taken in Paris Air Show; “I’d be very surprised, but I can say I’m looking for an improvement in our market share in Japan. We have nowhere to go but up. I would be hopeful we will get a breakthrough in Japan, but I don’t want to predict a timeline,” Leahy said. Breaking Boeing’s decades-long monopoly is not easy job.

Based on the article “ANA chief says A350 "good candidate" to replace Boeing 777s” published in Reuters.