Germany wants the second FAL for the A350 XWB in Hamburg to pay the €600 million loan under discussion since one year.

EADS has balked at the terms of a proposed €600 million ($784 million) loan from the German government to fund its new Airbus A350 XWB jetliner, and has no margin for error in keeping the multibillion-euro program on track, its chief executive said last week.
"If we were willing to fulfill all the wishes of the government, we could have the €600 million tomorrow," Chief Executive Tom Enders said in an interview. "The company can live without it." 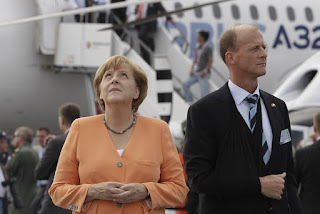 Mr. Enders declined to specify the conditions, but other people familiar with the terms said they relate to German demands that EADS guarantee work and jobs in the country and place a potential second assembly line for the A350 at an existing Airbus facility in Hamburg.
As for German government support for the A350, talks are continuing, Mr. Enders said. "I can't say that €600 million is unimportant, but the conditions need to be right."
Germany has already provided EADS with a loan of €500 million for the A350, an EADS official said. Separate deals with the governments of Britain, France and Spain for additional loans of almost €2 billion are fully agreed on, the official said. 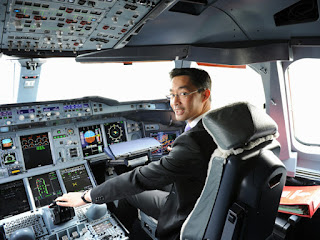 Germany wants a bigger say in future Airbus projects, Germany’s economy minister said on January, months after Berlin acquired a direct stake in Airbus’s parent company for the first time. “It is the goal of the government that the German aviation industry can take on a leading role in future Airbus programs,” Economy Minister Philipp Roesler said.

Germany does not want important Airbus projects to be centred solely in Toulouse, the southwestern French city where Airbus is based. “The successor program to today’s A320 family in particular is important for German locations. Even though this program will only enter the market in the next decade, the conditions for it must already be set today, both at Airbus and the supplier industry,” the Free Democratic minister said in a statement. 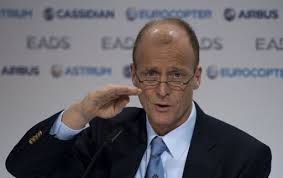 EADS executives have previously welcomed government money because they said it keeps politicians focused on Airbus, noting the support rival Boeing receives from the U.S. and Japanese governments. But they have recently been less enthusiastic about the terms of European financing.
EADS and German government officials have sparred since 2008 over how much work the company sources in the country as Airbus has increasingly spread its base of suppliers more widely. 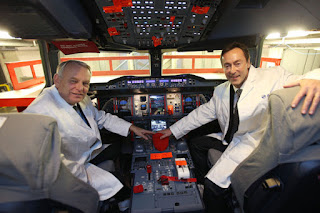 Germany's place within EADS's industrial map was a central point of contention between the company and officials in Berlin last year, when Mr. Enders proposed merging EADS with British defense giant BAE Systems German Chancellor Angela Merkel blocked the deal in October, in part due to concerns that Germany would lose industrial work to France and Britain as a result of the merger.

Based on the article “EADS Sees No Room for Error on A350” published in the Wall Street Journal
﻿
Posted by Blogjfa at 7:51 PM