Have you ever been told by a seatmate, "Excuse me; I need to go to the toilet"? Frequent travelers are almost doomed to a middle seat experience at some point. 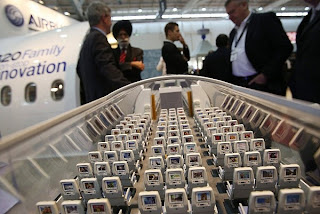 In a survey at the USA (commissioned by 3M and run by the Global Strategy Group) they found that:


·         People dislike the middle seat so much that they go to great lengths to avoid it altogether. 50% of people say they would be likely to take an aisle seat being offered on the next available flight, while 20% say they would actually stay overnight at an airport hotel for an aisle seat on the first flight the next morning. 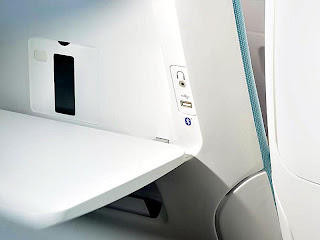 And why 3M is doing this survey? Because 3M sells computer privacy filters that are designed to hide your laptop screen from neighboring seatmates. With Wi-Fi being added to more planes all the time, the aircraft is more than ever before a place to work, watch movies and surf the web. Everyone will have a netbook, or smartphone, tablet or laptop. Imagine how many screens will you be able to watch in a A350 XWB 3-3-3 configuration...

Exceptions can be found (see this VIDEO) but as a general rule, no one wants a middle seat.

Skyscanner made a survey over 1000 airline passengers, questioning on their seat preferences: the survey found that the seat no-one wanted was 31E, a middle seat towards the back of the aircraft.