AirInsight has published their April flight test update for the 3 programs among the Western OEMs. C-Series of Bombardier, 787-9 of Boeing and A350 of Airbus. 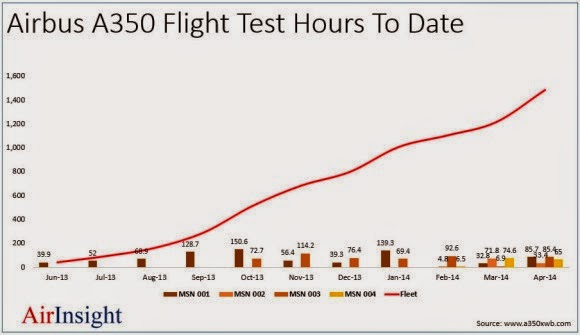 The hours shown are best estimates and come from third parties who attempting to track the programs. 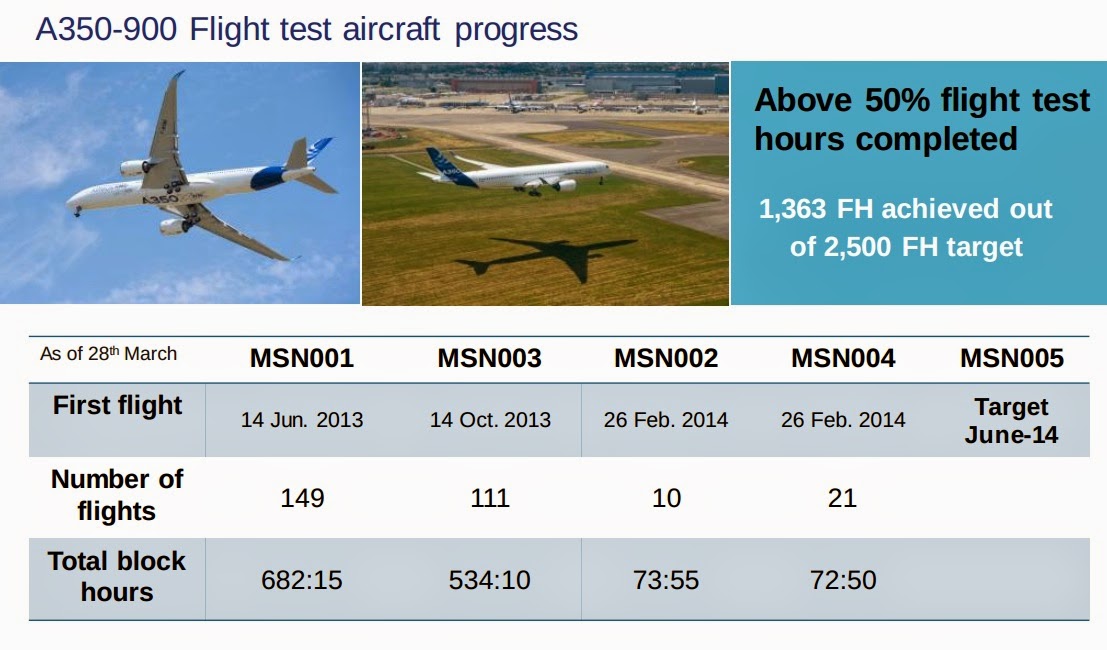 The A350 program’s added aircraft is helping to build hours rapidly. 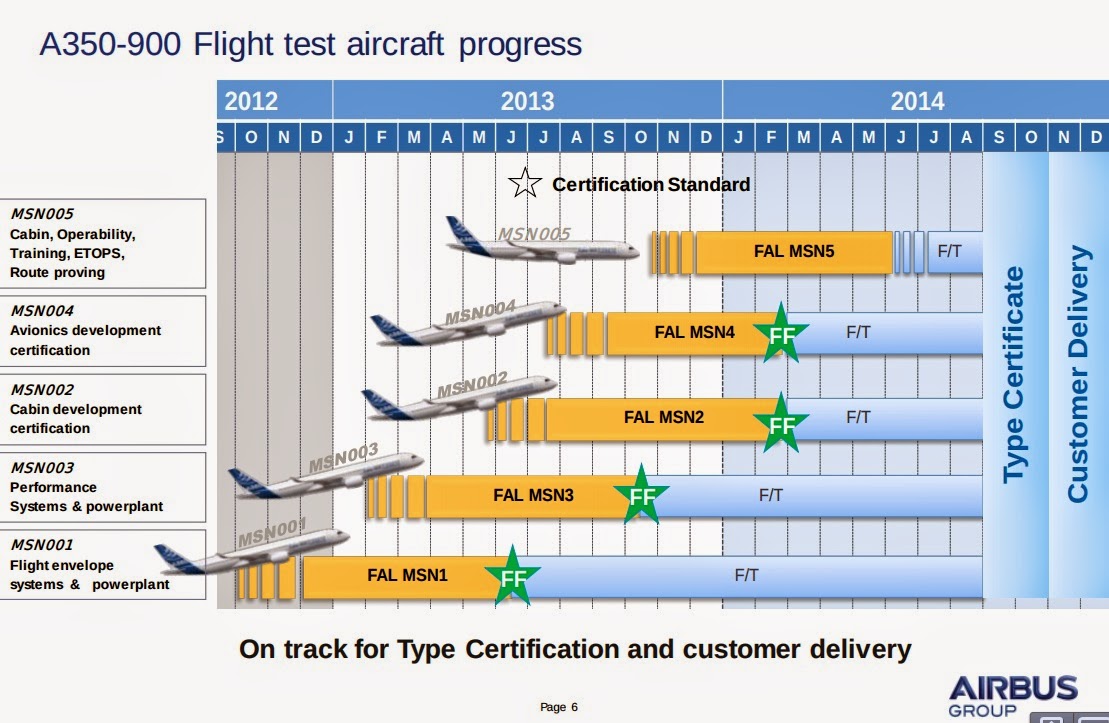 AirInsight maintains an earlier than planned EIS.  "The flight test program appears to be executed flawlessly". 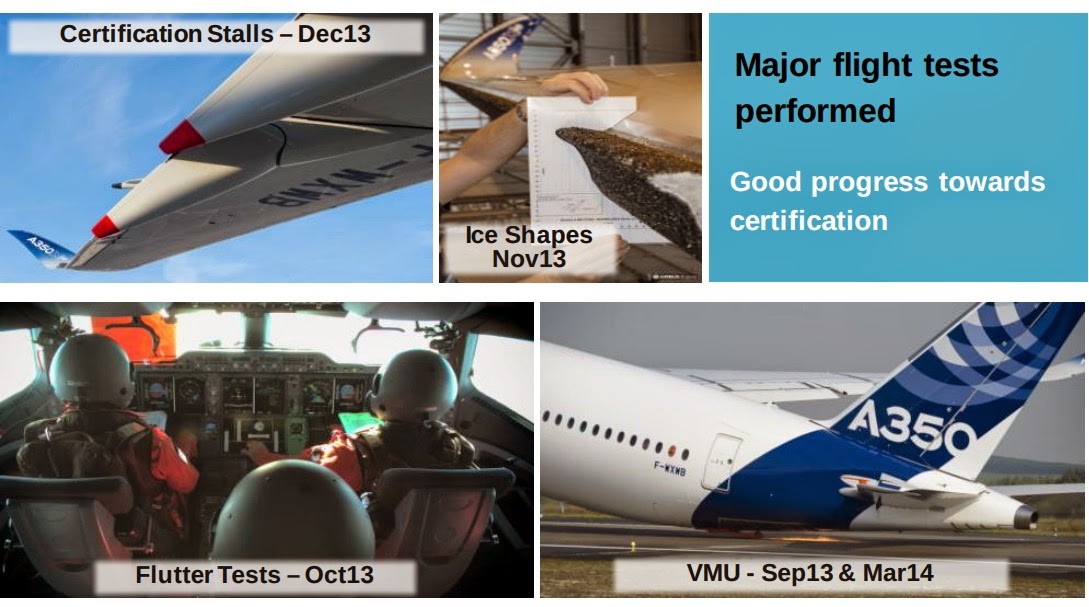 Based on the article "Flight Test Update" published in AirInsight.