Rolls-Royce has delivered its first production line Trent XWB engine to Toulouse, ahead of the Airbus A350-900’s entry into service with Qatar Airways later this year. 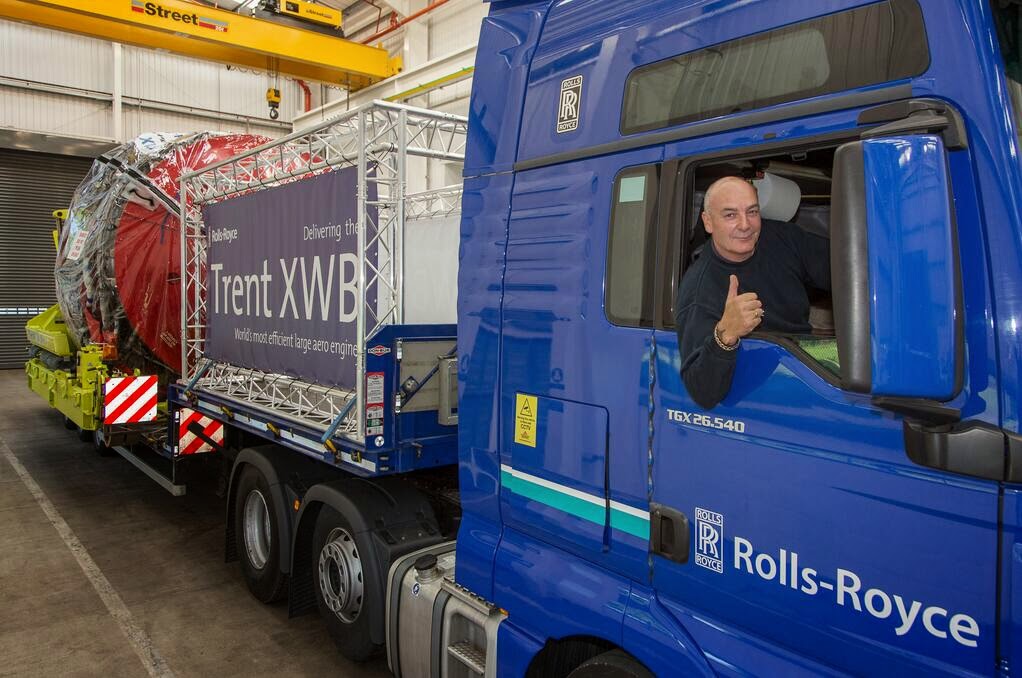 Click the picture to watch the video (via BBC)

Rolls-Royce is the sole engine supplier for the 3-member A350 XWB family. The A350-900 is powered by a baseline 370 kN (83,000 lb.) thrust version.  “When we reach peak production in 2017, we will be delivering a Trent XWB every working day,” Rolls-Royce Trent XWB program director Chris Young said. 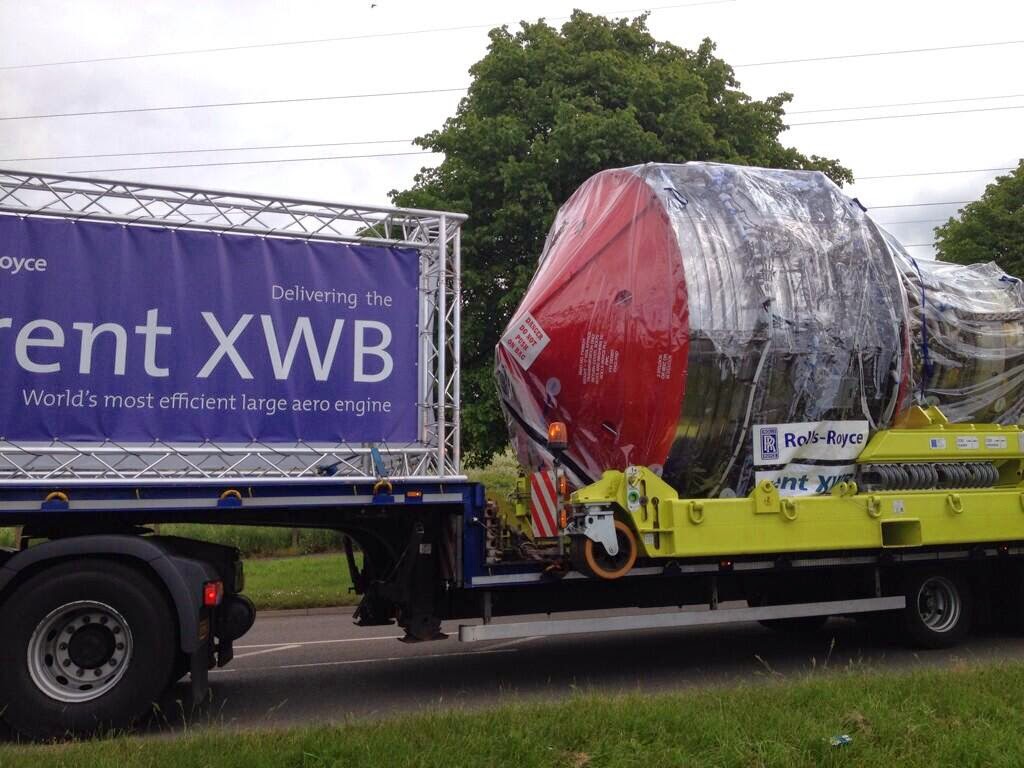 Click the picture to watch a time-lapse video of a Trent XWB engine being built  (via Telegraph)
http://www.telegraph.co.uk/finance/newsbysector/industry/10835098/Rolls-Royces-newest-jet-engine-the-XWB.html?frame=2912890

From design to conception the Trent XWB has come a long way, and its journey has just started. 88 global suppliers, 16 Rolls-Royce plants, 13 partners & 25 dual sources for 1 spectacular engine.

An open-top bus parade was held in Derby to celebrate the success of an important British export. Crowds were on hand to cheer the designers of the new Rolls-Royce's Trent XWB engine as the first one was delivered to Toulouse. The firm hopes to produce 4,000 of the aeroplane engines. 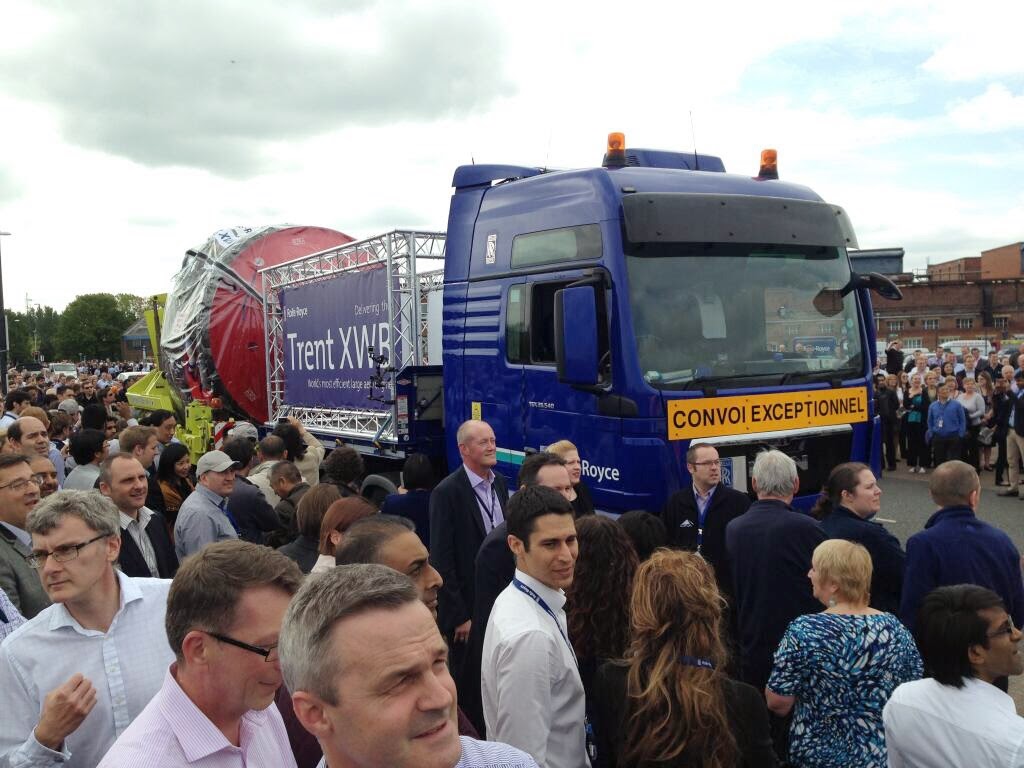 All eyes on the Trent XWB. The team celebrate the 1st production engine being delivered to Airbus FAL.

The XWB engine will be fitted at the Airbus FAL in Toulouse. It will be followed in just a couple of weeks by the second one and Rolls-Royce expects to deliver 30 this year and produce one a day by 2017.