Arriving from St.Nazaire in the Beluga, the forward and central fuselage sections for the MSN003 will allow the FAL team to start the final assembly of the second flight test aircraft in comming days 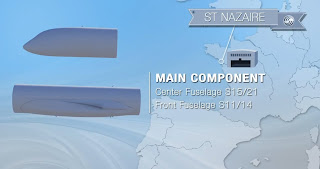 The assembly in the nose section of the forward fuselage at St.Nazaire has been done with a higher maturity than the previous two aircraft and the lessons learnt have been applied. The installation of the FTI Flight Test Instrumentation components, and specially systems with all kind of provisions and fixed supports, has been the main challenge of last months. The cockpit systems and different modules have been suscessfully installed. 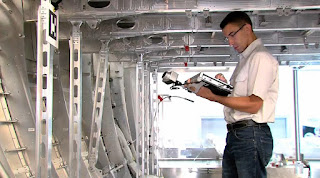 An enhanced reality project is in place for that purpose: the digital model of the aircraft is used to process it and to use a touch-screen tablet to look round inside the aircraft to check all the fixed supports and also to discuss the status of progress on the aircraft with the other departments involved. 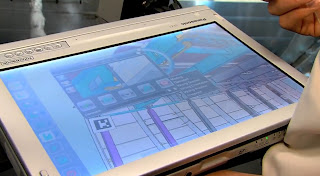 The central fuselage has been more challenging because of panels manufactured by Spirit, that have been delayed to achieve a big rate of completion which allows to avoid travelling work to the FAL in Toulouse. Additionally, other components in the central fuselage, with many interfaces involved, have required more development than expected. 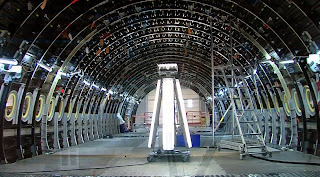 The arrival of these two first components in the final assembly was initially planned for Cristhmas, so the assembly team at the FAL will try to recover this delay. The aft sections of the fuselage should be in the final stage in Germany to be shipped to the FAL during February.