U.K.'s aerospace industry, as other countries´ industries, identifies one of the biggest challenges to face immediately; lack of skills and interest in engineering in young students.

The U.K. coalition government sees the manufacturing sector—and the aerospace industry in particular—as a means of lifting the country out of the economic doldrums and onto a path to growth.


Since Prime Minister David Cameron took office in 2010, he has been an advocate for the aerospace and defense industry, lobbying India, UAE and other countries. Other UK Government activities to support aerospace sector (and indirectly the A350 XWB program) are, for example, the Aerospace Growth Partnership program launched in 2011 -£120 million ($193.5 million) pumped into the sector in a bid to help U.K. companies win new contracts overseas-,  regional development funds that provide loans and grants to nascent businesses and the creation of 24 Enterprise Zones throughout the country -several  located near airports such as Manchester and Cornwall- in a bid to expand the aerospace industry into these areas. The government is also attempting to shore up the aerospace sector in the face of the threat from rapidly emerging economies such as Brazil, Russia, India and China. 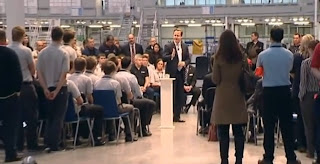 But…. Aerospace sector grapples with erosion of technology, engineering and math training.


Industry leaders are concerned that a lack of skills and perhaps more critically, interest in engineering from the up-and-coming generation of workers could starve the U.K. of aerospace growth at a time when industry is finally getting government support it needs. 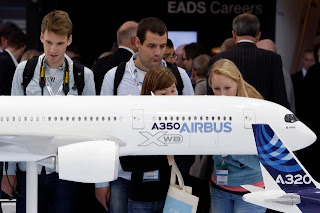 Sustaining the skills and technologies required to maintain the country's position in the international aerospace market is daunting. The number of British students studying engineering has fallen significantly in recent years, with many reportedly opting for degrees in economics, media or the arts. Although universities here report record numbers of students attending engineering courses, the majority of the enrollees is from outside the U.K. and often takes their newly honed skills home with them. Indeed, many U.K. students who have studied engineering have gravitated to the financial and banking sectors because the salary and rewards were greater than those generally found in their initial area of expertise.


Tom Williams, executive vice president of programs at Airbus points to a series of apprenticeships being run out of Airbus's Filton facilities in Bristol. Despite being oversubscribed, several openings were not filled because candidates did not have the right skill sets. “We did not want to drop our standards,” says Williams, adding that many applicants simply did not have the requisite mathematical skills to carry out routine activities. “It is a long-term concern, and the damage is already done by the time the students get to secondary school.” 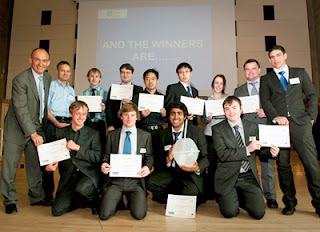 Williams also notes the stark differences in research and technology funding between governments, claiming that for every £1 ($1.61) spent by the U.K., France was spending €10 ($13) and Germany around €15.


Not only more money, but greater cooperation between industry and academia is needed, in order to create better opportunities in international markets. Young students should be dreaming to work in Aerospace, “the zenith of advanced manufacturing, sustaining highly skilled engineers, delivering economic value from exports, and flowing out cutting-edge technologies to other sectors”. And not only in UK but in other countries.


Based on article “Skills Shortage” published in Aviation week