A350 XWB Flight Test Program: schedule for taking the prototypes into the air.

The main challenge for the flight test program right now is getting enough aircraft into the air as soon as possible. The schedule is very tight, and the focus is now to speed-up the assembly of the prototypes –engines will be installed on the MSN3 by end of July – and the progress of the flight tests themselves. 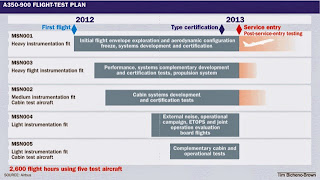 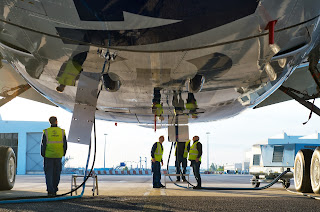 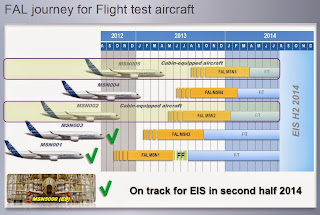 The EIS with Qatar Airways is planned for “the second semester of 2014” which would allow Qatar to receive the 3 first series aircraft initially planned for 2014. More than challenging.