Tailstrike test in the A350 XWB; planned to be done in coming months 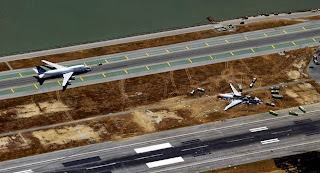 The accident in San Francisco suffered last Saturday by an Asiana Airlines´ Boeing 777-200 could be related with a “Tailstrike at Landing”. Tailstrike at landing often occurs on the second touchdown, following a bounce. It is often associated with a hard landing. 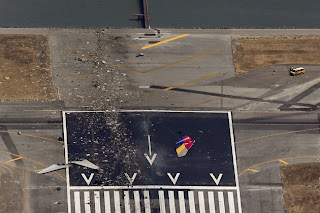 Although most of landing tailstrikes are due to deviations from normal landing techniques, some are associated with external conditions, such as turbulence and wind gradient.
Tailstrikes at landing generally cause more damage than tailstrikes at takeoff because the tail may strike the runway before the main gear, and cause damage to the aft pressure bulkhead. 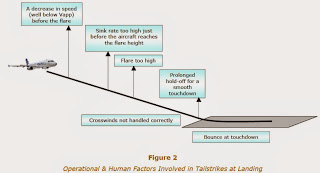 A tailstrike occurs if the tail of an aircraft touches the runway during takeoff or landing. It can occur with any type of aircraft although long aircraft may be more prone to tailstrike, because tailstrike occurrence is directly related to pitch attitude versus aircraft geometry and main landing gear status.
Tailstrikes can result in significant structural damage to the aircraft and, therefore jeopardize the safety of the flight and lead to considerable maintenance action.
About 25% of reported tailstrikes occur at takeoff and 65% at landing. 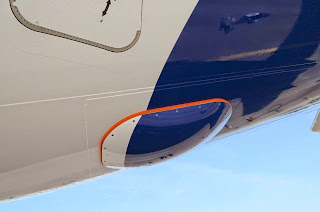 The A350 XWB Certification Test Plan includes a set of VMU TailStrike tests; around 20 tests (22 tests on the A380) will be performed at Istres Air Force Base (Mediterranean - South of France) where there is a 5 km runway.

A specific tail bumper is added to protect the tail from any damage and as it can be seen in the picture, the provisions for tail bumper are already installed in the A350 XWB first aircraft MSN001. Some structural reinforcements and metallic protection were made during the installation of the tail bumper so that it could sustain a force up to more than 150 tons. They can be seen in orange paint. 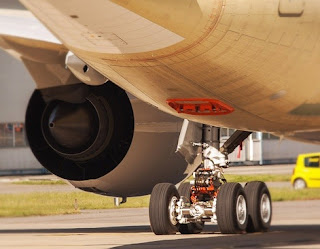 This test allows determining speeds which are called VMU (Velocity Minimum Unstick). Airbus needs to know the VMU because the computed take off speeds incorporate some margin above VMU.

The VMU tests are difficult to carry out, mainly because it has to perform a soft touch down of the tail bumper, as the structure is not designed for a strong impact. 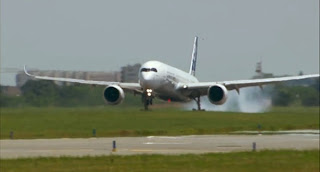 Among all development and certification tests, VMU are probably the most spectacular for observers, with the small “firework” below the tail just before lift-off. For crew members, they are also one of the most stressful, as the risk of damage to the aircraft is rather high. Few pilots can say that they have performed VMU tests on several programs without damaging anything! 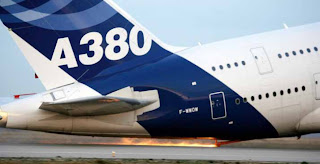