GKN is preparing a cash-and-stock offer valued at $5 billion, according to the Daily Mail report, which cited unidentified dealers. Bank of America Corp.’s Merrill Lynch is advising GKN, according to the report. A buyout would be a boost for investors as Wichita, Kansas-based Spirit struggles to meet financial forecasts.

“Given the lack of profitability on its current development programs and a lack of cash generation, a bid at the reported level would seem extremely generous,” a New York-based analyst at Royal Bank of Canada wrote in a note. 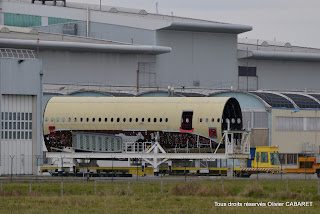 Spirit was previously a unit of Boeing before Canadian buyout firm Onex Corp. purchased it in 2005. Boeing still makes up about 84% of sales at Spirit.

Airbus, its second-largest customer, is considering buying one of Spirit’s factories to limit production risks on its A350 program by monitoring its suppliers and step in early when issues arise, an executive said last month.

Spirit struggled recently with its own suppliers on capacity and costs as planemakers around the world boost output similtaneously. About 360 salaried support and management
employees in Kansas and Oklahoma facilities are receiving layoff notices as Spirit works to cut expenses. 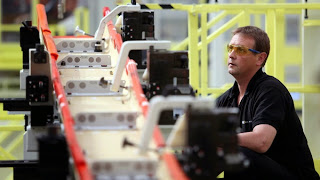 GKN also makes parts for Boeing’s 787 Dreamliner and is a supplier to the A350, producing composite parts for wings on the long-range jet. GKN has been expanding its aerostructure activities since the purchase in 2008 of Airbus’s Filton production facilities for 136 million pounds. 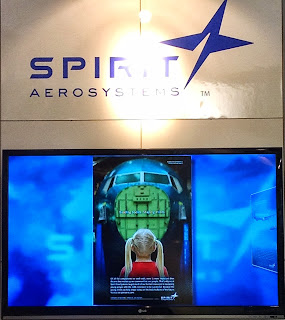 “I’m sure GKN has more than a passing interest in Spirit, but I’m sure it is entirely platonic,” said Sandy Morris, a London-based analyst at Jefferies LLC. GKN is still digesting Volvo Aero and investors wouldn’t react well if it sought to raise equity to buy the U.S. company, he said.

“Acquiring only a part of Spirit, specifically wing activities, would make more sense”, Morris said, “whereas taking over fuselage structure work the company does for Boeing would hold little value for GKN. 
The Tulsa factory employs about 3,000 people and produces wing structures and components for Boeing 737NG, 747, 777 and 787 jetliners, Spirit said.


Spirit also makes wing components in Kinston, North Carolina, for the Airbus A350 XWB, and has a factory in Prestwick, Scotland, that supplies many Airbus models, including the A380 superjumbo. A plant in Subang, Malaysia, makes composite wing sub-assemblies.

The broader Spirit wing division is not part of the possible sale, the sources said. 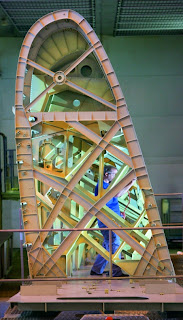