One month after the First Flight, the A350 XWB has done a total of 15 flights with more than 87 test-hours

The longest test flight was held on 21/June, the day it was shown at Le Bourget Air Show. The flight duration was 8hours and 43 minutes and it was the first time the crew did not wear the parachutes and helmets. 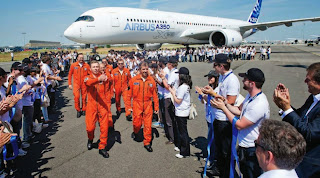 The average time per flight has been 5 hours and 49 minutes. 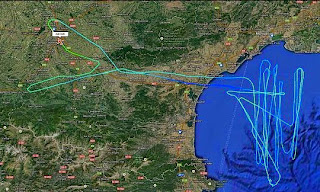 Airbus is aiming to certificate the A350-900 just over a year from first flight, supported by some 2,500h of flight time. The effort will be accelerated by the decision to use 5 aircraft in the flight-test fleet, and to frontload much of the developmental testing in the operational environment.

Delivery will take place in the second half of 2014, says Flight Test pilot Chapman, "provided we have no major surprises along the way". He said the clearance of the Rolls-Royce Trent XWB meant Airbus has "one less concern".