Finnair or Qatar? Who will the 1st to debut the A350 on flights to USA?

Finnair aims to become the 1st airline to operate an Airbus A350 service to the USA, with plans to use a -900 for New York JFK flights before the end of the year. 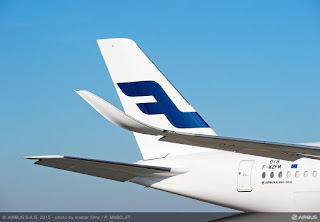 The Oneworld carrier outlined its intention to deploy the type to the USA later this year in detailing a "slightly adjusted" A350 launch schedule. 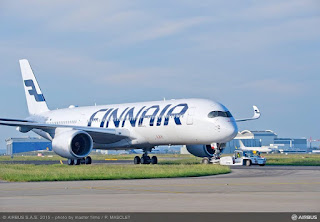 Discussions on possible start dates are ongoing between the carrier and JFK officials with a view to beginning services in December, said Rikke Munk Christensen, Finnair's head of traffic planning, at World Routes 2015 in Durban. 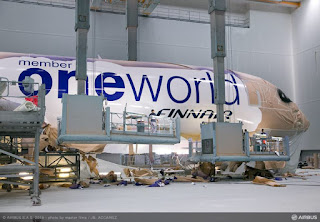 She declines to say definitively that the flights will begin before the end of the year, saying only that more details will be available in 2 to 3 weeks. 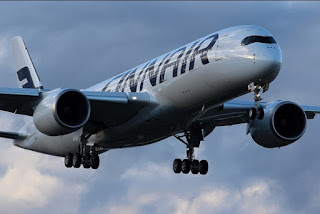 If Finnair launches A350 services to the USA in December, it would beat fellow Oneworld Alliance partner Qatar Airways to become the 1st airline to do so – although by a matter of weeks. 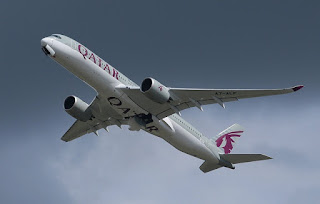 Based on the article “Finnair targets US debut for A350” published in FlightGlobal.
Posted by Blogjfa at 8:43 PM