The first A350-1000 is taking shape with the assembly start of the first fuselage major components at Airbus plants in Hamburg and Saint-Nazaire. 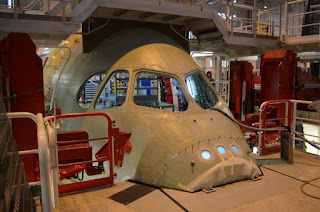 The forward fuselage section for MSN59 has been delivered by Premium Aerotec to Airbus in Hamburg where it will be equipped before being flown to Saint-Nazaire on board the Beluga. 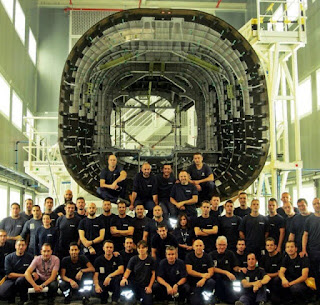 The nose fuselage section has been delivered by Stelia Aerospace to Airbus in Saint-Nazaire for assembly and equipping. 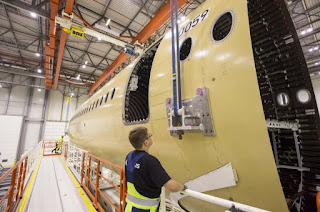 The forward and nose fuselage sections will then be joined together in Saint-Nazaire to form the front fuselage which will then be flown by Beluga to the A350 XWB Final Assembly Line in Toulouse.
Final assembly of the MSN59 will begin in Toulouse early 2016, between February and March.