Cathay Pacific wants Airbus to go ahead with an all-cargo version of its A350 model, which is currently in the development stage. Cathay has ordered altogether 46 A350s, which should begin to enter its fleet in 2016. 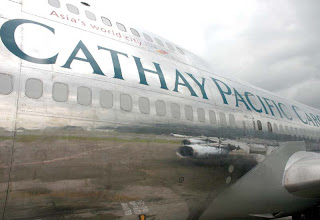 Nick Rhodes, the Hong Kong-based carrier’s director and general manager of cargo, acknowledged that in the present situation the case for an investment in freighters is well nigh hopeless. According to Rhodes, Cathay is bent on continuing to use freighters, despite the challenging situation.


The airline currently has all-Boeing fleet of 21 B747 wide-body freighters in its line-up. In the coming year it will take delivery of 2 more 747-8s, and its first of 8 B777-200F -earmarked for regional sectors- is due for delivery towards the end of 2013.


Cathay has looked at the A330-200F, but with its 747 freighters covering regional markets and the 777F on the horizon, there is no need for an A330 freighter in the near future. 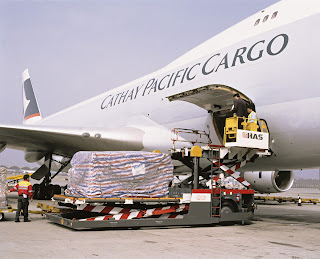 He would be more interested in a larger twin-engine cargo plane, namely a freighter version of the A350 XWB. An all-cargo variant of the A350 would give airlines an alternative to the 777 freighter and provide competition for Boeing in this wide-body freighter segment.


“There is a market niche for such an aircraft. In the future there will be more need for twin-engine freighters,” Rhodes said, adding that it would make sense for Cathay to take on an A350F, as it is in line for a sizeable number of A350s for its passenger fleet.


So far Airbus has not given any firm schedule for the production of a cargo version of the A350. The plane maker signalled that it would not begin work on this before all variants of the A350 are in production.


If A350F all-cargo version goes ahead in the future, it will have a very high conversion cost removing the CFRP floor beams to stronger Aluminium ones. 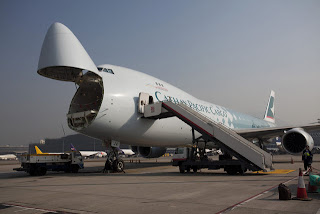 Freighters normally are the last thing OEMs develop, the market is much smaller, so is the return. The biggest competitor to new-build cargo aircraft from Airbus & Boeing's perspectives is not each other's dedicated cargo planes but the ready availability of cheap second hand passenger frames that can be converted at a fraction of the cost of a new build. But if the massive increase in fuel prices over the past few years continues for next decades, cargo airlines will require new build aircraft due their better fuel efficiency.


Last October/2012, in the TIACA held in Atlanta, Boeing presented it's new Cargo Forecast:
- World trade will expand at 6.5% per year through 2031, with air cargo traffic more than doubling, growing 5.2% in average every year.
-Fuel prices which rose dramatically since 2010, will remain being volatile, but stay moderate over the longer term.
-Regarding new freighters there is demand for 940 newly produced aircraft during this and the next decade. From these 940 entities 72% will be large freighters.
-Together with 1,820 passengers to freighter conversions this will lead to a 3.1% annual growth of the world's freighter fleet.
-Boeing sales of dedicated freighters since January 2002 (11 years) has been of around 345 aircraft (84-767, 127 777 and 135- 747) 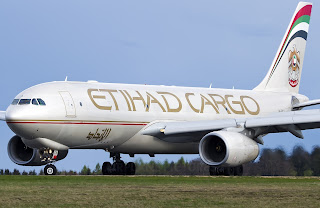 Airbus is only offering the A330-200F to airlines, while Boeing offers a complete line of new-build models: "dirt cheap" 767-300F, vastly more capable 777 Freighter and new 747-8 Freighter. A380F was withdrew and remains in stand-by and A350F is only on the papers of a small team of experts –not even on the drawings-.


Based on article “Cathay keen on freighter version of Airbus A350” published in Cargo News Asia
Posted by Blogjfa at 10:14 PM