Airlines decision between Boeing and Airbus usually have “government assistance” (1)

Government assistance to help Airbus or Boeing is not surprising. It just make the WTO case hypocritical as whether a company receives subsidies or get diplomatic assistance amounts to the same thing.


There are two examples of government assistance or lobby linked to A350 XWB.

Air France
Les Echos wrote in 2011: As Air France is about to make the biggest order in its history (about 100 long-haul aircrafts), more and more pressure is being put on Air France's CEO Pierre-Henri Gourgeon, to pick Airbus' A350 XWB over Boeing 787. UMP deputy, Bernard Carayon, initiated a text aimed at pressuring Pierre-Henri Gourgeon to pick Airbus. The text insinuated that this decision would influence shareholders when deciding to re-elect him for another mandate. However, this threat is not credible, since the state only owns 15.7% of Air France's capital and has 3 trustees out of 15, leaving the government with little power to choose Air France's CEO. 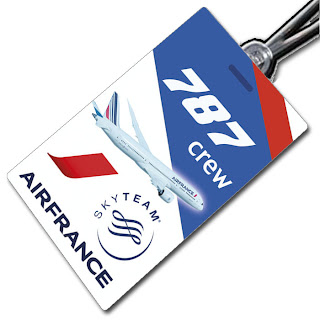 In 2012, Bernard Carayon, the same politician of the conservative UMP party, said Gourgeon was fired because he was pushing for Air France to buy aircraft made by Boeing instead of planes assembled in France by Airbus, a unit of EADS. Carayon said he had been able to thwart that attempt by organizing a cross-party lobby of 186 French deputies.
Carayon intend to close the mouth of the former Air France CEO when described as “indecent” a EUR400,000 golden handshake for Pierre-Henri Gourgeon who was fired last year, at a time when the airline’s personnel is threatened with job cuts. He called on Gourgeon to relinquish his claim to the departure bonus. 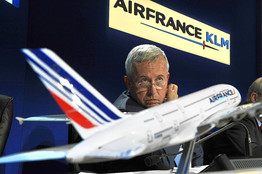