Fan blade-off test, probably the most spectacular test in the engine certification campaign 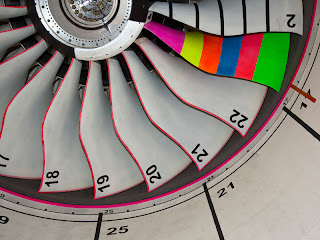 During the test, a fan blade is deliberately detached

The fan blade-off test conducted at one of Rolls Royce's two indoor test sites in Derby (the 58-bed) is a specific form of air safety testing required by the Certification Authorities to certify safety performance of the Trent XWB. A final spin rig test was done before in Germany. 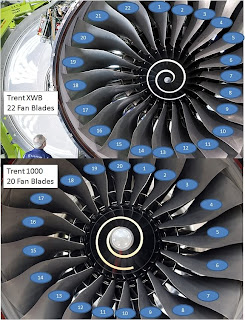 The blade-off test, in which a fan blade is deliberately detached while the engine is running at maximum thrust, is done to make sure that the engine can survive a compressor/fan blade breaking off within the engine and a turbine blade breaking off within the engine, without fragments being thrown through the outside enclosure of the engine. The test does not require that the engines continue to operate after the blade failures, only that no fragments penetrate the engine outer casing and that it not vibrate badly enough during its shutdown that it will tear loose from the aircraft, barring other failures. 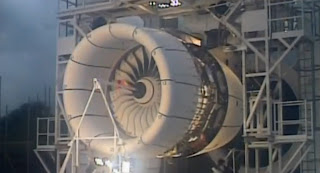 click on the image to watch the spectacular video of the A380 test. A350 engine is bigger. 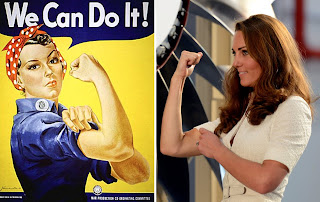 Kate Middleton, Duchess of Cambridge during a recent visit to a R-R factory in Singapore where the engine for 787 is manufactured.